Margaret Atwood’s “The Testaments” Will Come to the Small Screen 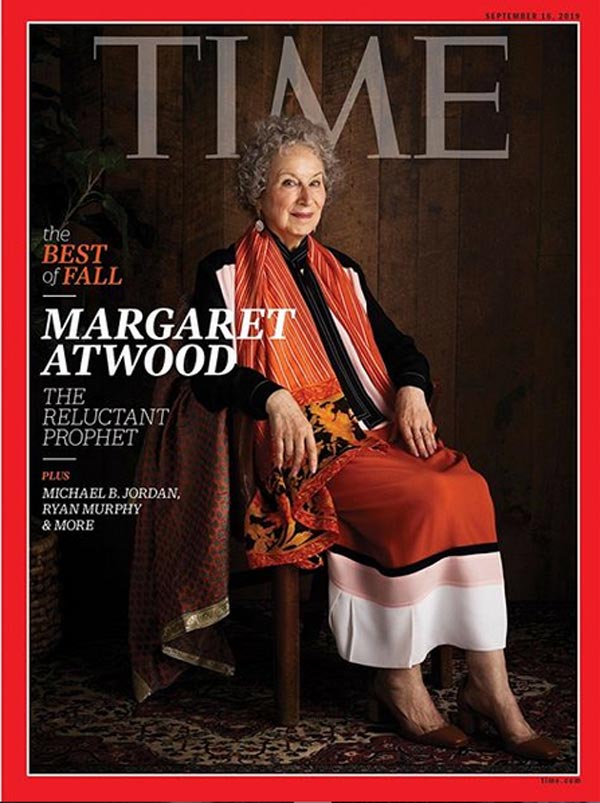 Hulu — the network where Margaret Atwood’s The Handmaid’s Tale came to life — will develop a show based on its sequel, The Testaments. As TIME’s Lucy Feldman reports, “Bruce Miller, showrunner for the Emmy-winning television adaptation of The Handmaid’s Tale, is involved in discussions about how to best approach the new material. It’s unclear at this stage what form The Testaments will take — whether it will be folded into the existing Hulu series or developed as a separate work.“

Atwood’s follow-up to her iconic dystopian classic picks up the story fifteen years after Offred stepped into the unknown, using three female narrators from Gilead. She details why she finally wanted to write the sequel in her cover profile in Time magazine’s Best of Fall issue.

Security around the new novel had been extremely tight — the Booker judges, who this week shortlisted The Testaments for the prize, were warned they would be held liable if their watermarked copies leaked.

The cat does now seem to be out of the bag. Amazon shipped some copies early,  ahead of the embargo date, and various news outlets have started to publish their reviews.

Meanwhile, “The Handmaid’s Tale” television series announced its fourth season back in July.  You can stream the first three seasons on Crave.