Then & Now: With the Long-Awaited Movie, “Downton Abbey” Is Picking Up Where It Left Off 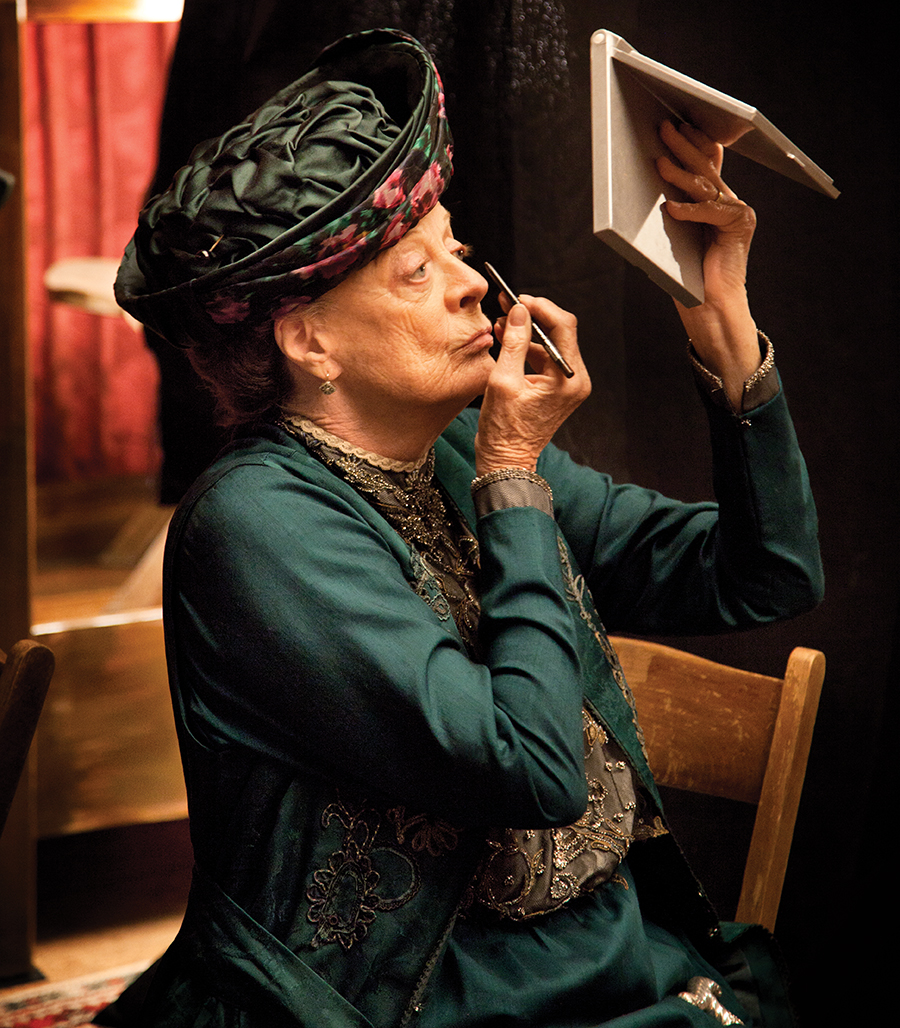 The return of Downton Abbey — the movie releases on Sept. 20, and not a moment too soon — and what it means today.

For six seasons, starting in 2010, Downton Abbey’s meticulous production values offered a sublime evocation of a rarefied milieu. Foregrounding the fortunes of a fictional aristocratic Crawley family and their servants, it captured a disappearing way of living during a period of radical change not only in Britain but in the world.

During a worldwide economic downturn, the workings of Downton’s closed bygone society offered audiences an idealized escapism. Beyond the undeniable pageantry of this exotic social landscape, however, there was a historical timeline, however faint, that enlivened the melodramatic plots. It was a grand story deeply nostalgic for the voyeurism of etiquette, gorgeous costumes and gracious living in lavish ancestral houses. It was also a front-row seat to the slow disintegration to the beginning of the end of hereditary privilege and the British class system.

Period dramas and the historic events they choose to highlight through plots ripped from the headlines of the day often reflect the preoccupations of the era in which they’re made. That’s truer than ever as creator Julian Fellowes revisits the Crawley clan this month with a Downton Abbey movie that picks up shortly after the series left off. Many of the issues that provided the background for the cultural phenomenon are still relevant and urgently haunt the present.

Staunch Victorian Violet, dowager countess Grantham (Maggie Smith) embodied the old elitist ways and clucked with disapproval (and starchy commentary) along the way. In the last season, her below-stairs counterpart Carson retired (from work but presumably as much from disgust over diminishing standards) but, in the movie, the head butler returns to help prepare for — what else? — a visit from King George V and Queen Mary. The royal visit could be the last hurrah because the million-pound question is whether Downton Abbey itself can remain a going concern. (Or as one-percenter Violet sniffed in the last episode, heavy with foreshadowing: “The future is no ladies’ maids at all, but we haven’t quite got there.”)

Past the pomp and ritual of polished silver in stately drawing rooms, the contemporary political climate has other notable thought-provoking parallels. As with all grand ancestral British homes in the 1920s, the fictional estate is in jeopardy (even Highclere Castle, where Downton is filmed, opens its doors to the paying public every summer). The debate around income inequality isn’t new — the desire to appropriately tax the one per cent (and corporate behemoths like Amazon) is one of the issues that divide parties in the current discourse of U.S. electoral politics.

The series charted the Edwardian era’s gradual, often reluctant, transition into 20th-century modernity and, as working-class and nouveaux riches alike began to rub shoulders with the established upper classes, the tension between aristocracy and meritocracy was perhaps the biggest of those issues.

What a difference a few years makes.

When Downton concluded its run in March 2016, Justin Trudeau had just become prime minister, and a Donald Trump presidency was not yet a reality. The intervening years have since seen bigotry of all kinds on the rise, be it in post-Brexit Britain or the increase of racist extremism and anti-Semitism in North America. Safe to say that in the movie, the household is headed into the increasingly straitened economic and political circumstances of the 1930s.

Storm clouds of nationalist intolerance are gathering on the near-horizon in Europe, and the Crawleys will likely also have another brush with the similar fascism that gave rise to Oswald Mosley and the Blackshirts heyday. (In season 5, Edith’s publisher and lover, Michael Gregson, you’ll recall, was killed in Munich by Nazi Brownshirts.)

For all its blue-blooded glamour, there’s always been the sense of a society contending with history and advancing equally toward doom and progress. The first episode set in 1912 introduced viewers to a world of hereditary wealth, where white male entitlement literally reigns supreme, and begins with the fallout from the sinking of the RMS Titanic. It has weathered the First World War and subsequent atmosphere of unease, as well as social upheavals like female emancipation.

The series ended on the cusp of 1926 ringing in the New Year, and the movie picks up the family saga in the autumn of 1927, a new and more egalitarian era with the suffrage movement. An amendment gives all women over the age of 21, regardless of property or marital status, the right to vote. With the current threats and backsliding on women’s rights, it’s a reminder of the need for a renewed push on intersectional feminism to protect the ground women have gained.

“What else could we drink to?” Isobel (Penelope Wilton) asked in the final episode as they raised a toast. “We’re going forward into the future, not back into the past.” As usual, Maggie Smith’s dowager countess got the last line, though in light of how much reality has changed since her rueful coda, perhaps not the last laugh: “If only we had the choice.”