This Movie Goes to 35: Rockumentary ‘This is Spinal Tap’ Marks Anniversary with Theatrical Re-Release 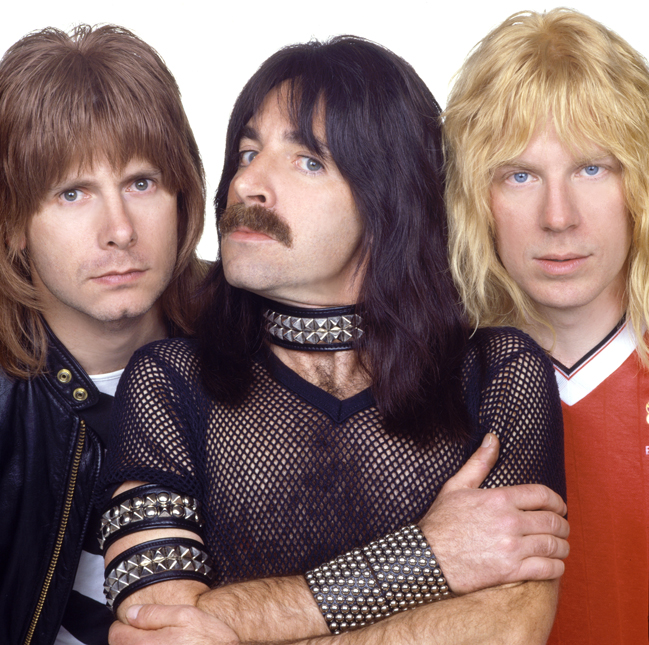 The first time Brad LaDouceur saw This Is Spinal Tap, it was on a tiny screen with lousy sound at the now-closed Cineplex Odeon Theatres at the Eaton Centre in Toronto.

The Humber College radio broadcast student, all of 17, thought Rob Reiner’s 1984 mock rockumentary about a fictitious trio of hopelessly dumb, heavy metal musicians who couldn’t keep a drummer was the “funniest movie I’ve ever seen.”

Today, LaDouceur is vice president of event cinema at Cineplex Entertainment. When he realized This is Spinal Tap was marking its 35th anniversary this year, he did his rock ’n’ roll duty for Tap Heads and secured the Canadian theatrical rights for the restored, surround sound version of the film.

Starting Oct. 11, Cineplex will show the classic comedy, which follows a British band of puffed-up buffoons as they embark on a disastrous U.S. tour to promote their comeback album “Smell the Glove,” in all its head-banging glory in 21 theatres. The four co-wrote the soundtrack — Guest, McKean and Shearer also perform the music — and collaborated on the heavily improvised script.

The oft-quoted satire skewered the world of ego-driven metal bands, giving us amps that go to 11 and unintentional witticisms like “it’s such a fine line between stupid and clever.”

The movie did its job so well, it even tricked early audiences.

“When Spinal Tap initially came out, everybody thought it was a real band,” Reiner told Newsweek in 2009. “Everyone said, ‘Why would you make a movie about a band that no one has heard of?’”

Guest went on to make his mark with mockumentary movies, writing and directing comedies including Waiting for Guffman, Best in Show, A Mighty Wind, For Your Consideration and Mascots.

McKean (Better Call Saul) and Shearer (The Simpsons) have continued to work with Guest onscreen, writing the music for 1996’s Guffman, acting in 2006’s For Your Consideration and appearing in two more Tap movies, 1992’s Return of Spinal Tap and  2009’s Spinal Tap: Back from the Dead.

While I was covering the 2016 Toronto International Film Festival for the Toronto Star, Guest, who was there for the world premier of his Netflix comedy Mascots, told me none of the “band” were under the delusion This is Spinal Tap would be a hit.

“We thought, ‘This will be a funny idea. We’ll just do this and have fun,’ and we did it in a way that people had not done at that point, which was improvise the film apart from writing the songs.”

Shearer is hitting the road as Derek Smalls for the Lukewarm Water Live! tour to support his 2018 solo release “Smalls Change (Mediations Upon Ageing).” He’ll play Vogue Theatre in Vancouver on Nov. 11.

Did Guest ever dream This is Spinal Tap would still be drawing fans and movie audiences three decades after its release?

“That would be incredibly arrogant and presumptuous,” he said. “You shouldn’t be allowed out of your house if you’re thinking that.”

Ages & Icons Podcast: Rob Reiner On His Latest Film and Having Archie Bunker in the White House