John Lennon: His Life in Pictures on What Would Have Been His 80th Birthday 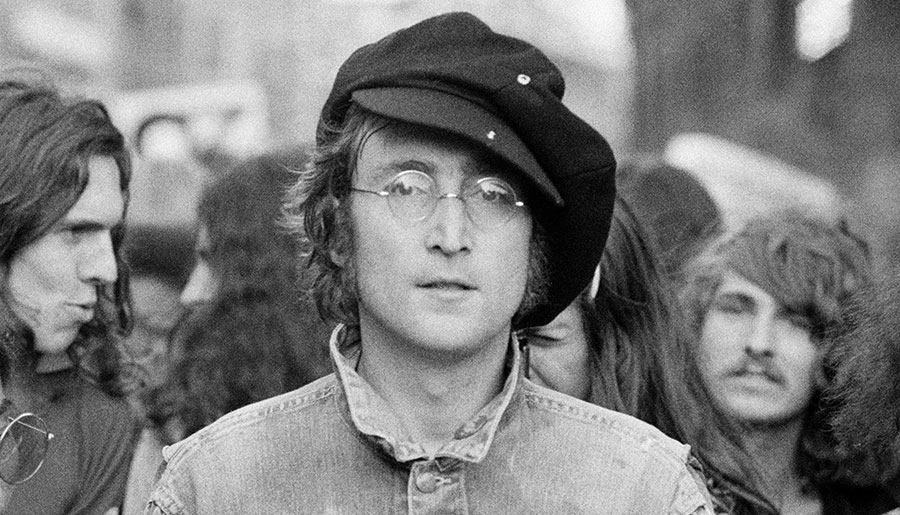 Click the image above to view the photo gallery. (Photo by Rowland Scherman/Getty Images)

“There are two basic motivating forces: fear and love. When we are afraid, we pull back from life. When we are in love, we open to all that life has to offer with passion, excitement and acceptance.”  —John Lennon

John Lennon rarely, as he put it, “pulled back” from life. Sure, at times he retreated from the spotlight, but from his formative years in Liverpool to gigs at the Cavern Club to Beatlemania and a post-Fab Four period focused on music and family, he rode his passions to new pop culture heights. And 40 years after his passing, Lennon remains a towering cultural figure, one whose influence on everything from popular music to peace initiatives resonates to this day.

“Lennon assaulted pop music from a dozen different directions. He not only attacked the war — any war — but questioned and confronted the very methods and structures he’d utilized in his attack, thereby pushing rock ‘n’ roll up against the wall to test limits and demand answers,” journalist Stephen Holden wrote in Rolling Stone. “John Lennon believed passionately that popular music could and should do more than merely entertain, and by acting out this conviction, he changed the face of rock ‘n’ roll forever.”

Meanwhile, former U.S. President Jimmy Carter, when speaking of Lennon’s signature solo tune, “Imagine,” said, “… in many countries around the world — my wife and I have visited about 125 countries — you hear John Lennon’s song ‘Imagine’ used almost equally with national anthems.”

In honour of Lennon’s 80th birthday, we take a photographic look back at his extraordinary life.

Click the image at the top of the page to view the photo gallery.