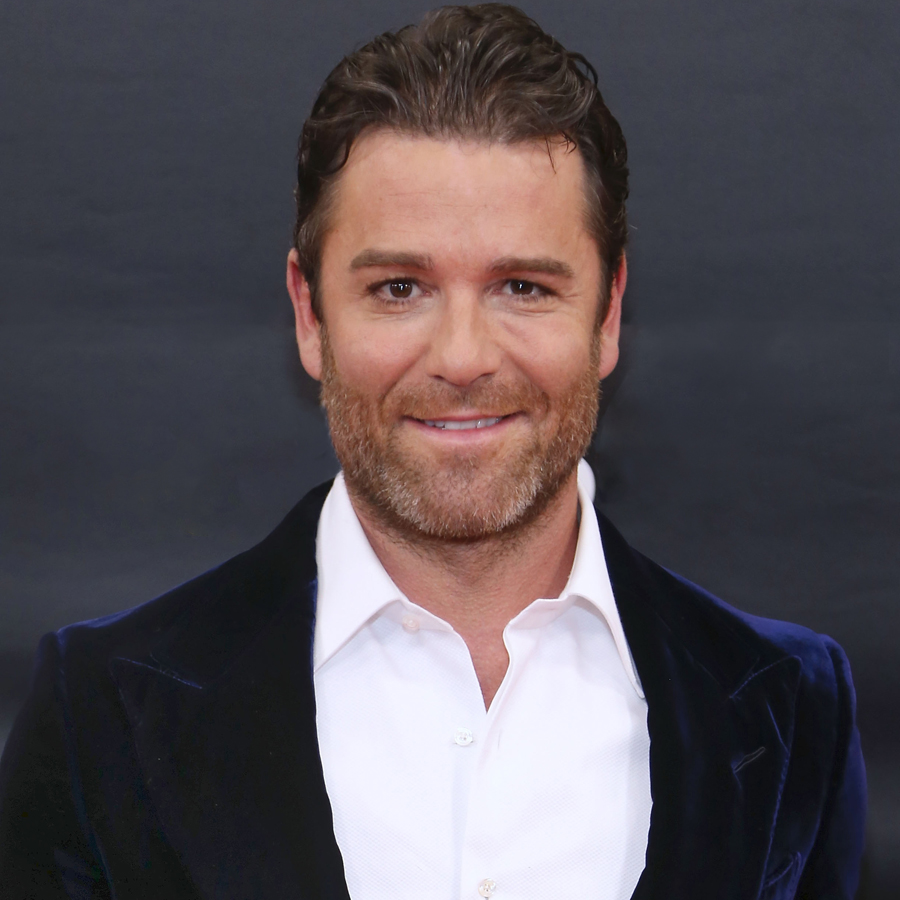 Yannick Bisson attends the 2019 Canadian Screen Awards, where he was nominated in the Best Lead Actor, Drama category for playing the titular role on Murdoch Mysteries. Photo: Isaiah Trickey/FilmMagic

In the basement cellar of a small restaurant at the end of the oldest road in Rome, a family of tourists gathered for cheese and wine. After enjoying the appetizers, they headed for the spiral staircase that led back up to the dining area when a young man with a thick Italian accent shouted after them.

The family patriarch, who happened to be Yannick Bisson, the Canadian actor who plays the titular sleuth in the hit Canuck TV series Murdoch Mysteries, turned in surprise, not anticipating a celebrity spotting in the basement of a Roman restaurant.

“I guess he realized he sort of yelled out loud, and he was a bit embarrassed. But he started speaking really quickly in Italian,” Bisson explains during a recent phone interview. “So I called over our guide and he says, ‘Oh my goodness, you are on television, it would appear. This young man watches your show here.’”

The next thing Bisson knew, the owner of the restaurant rolled out a spread of food and wine for him and his family.

“That’s an odd thing,” the 50-year-old says when I note how people’s behaviour can change when they find out he is on TV. “And thank God [I’ve been] shooting the show for so long in Canada. Otherwise, it might just go to my head.”

Currently in its 13th season, the show about the upstanding Det. William Murdoch and his crime-fighting pals at the Toronto Constabulary hit a major milestone this week, becoming only the second Canadian scripted drama, behind Heartland, to reach the 200-episode mark. And as evidenced by Bisson’s Italian experience, the show is a bona fide international hit, airing in more than 100 countries around the world.

“I never would have thought that this format would be so transportable,” Bisson says. “But then when you hear about fans in far-off places like Australia saying, ‘Hey, love your show. And by the way, thanks for thinking of us during the fires.’ And people in Iran. I don’t know what’s going to happen over there over the next while, but they’re hugely vocal on social media. It’s pretty incredible.”

As Bisson notes, Murdoch Mysteries is and always has been unapologetically Canadian. “I came up in this business for the better part of 20 years where we just apologized for being Canadian — which we do anyway — but we tried to disguise that aspect of ourselves in order to service showbiz elsewhere.”

But now, those days are over. Murdoch is repping Canada all over the map, and Bisson, who appeared on Zoomer magazine’s November 2017 cover, took some time to discuss the show’s 200th episode and the complicated feelings that accompanied turning 50 last year.

MIKE CRISOLAGO: You’ve noted that, when you first heard the concept for Murdoch Mysteries in 2007, you thought it was crazy to do a period series at that time. And now you’ve reached the 200th episode mark. How does that feel to hit that milestone?

YANNICK BISSON: It sort of snuck up quickly. It’s a funny thing — at 100 [episodes], we had a huge celebration. And at the time a lot of people were saying “200” and you laugh it off. [It’s] television, come on now. And here we are. So I’ve sort of had a little bit of a tough time wrapping my head around a lot of these things. It’s definitely ground-breaking and, like you said, I never would have expected a period show to do that. But here we are.

MC: It’s fascinating that you reached this point because I know your career, like many actors, had its share of rocky patches and moments of doubt before Murdoch.

YB: Well, yeah, it’s drastic. But if I’m perfectly honest with you, I can compare it to addiction, and I don’t think it’s wise to ever let your guard down. Because those tough times could come back. And as an actor, I think we’re never cured of that, “Oh, what if everyone stops liking me? Oh, I’m sure I’ll never work again.” That sort of deep-seated insecurity that drives you to be this performer in the first place. I think for a lot of people that just never goes away. And I’ve fully expected this show to come crashing to the ground every step of the way. [Laughs] It never goes away.

MC: Not only does the show endure, but Murdoch Mysteries has such a large and loyal fan base, both in Canada and abroad. What do you think makes the show so universal?

YB: Well, someone said it recently, and I thought it hit the nail on the head. You can speak to a lot of different technical aspects of the show — we’ve got romance, we’ve got intrigue, we’ve got mysteries, we’ve got science, we’ve got historical figures — but I think what makes it all work is that we don’t take ourselves too seriously. I think we have our lighter moments, and then we delve into some meatier stuff and then we come back up for air. And I think people appreciate that.

MC: The show has become known, in some ways, for its guest stars, including everyone from Prime Minister Stephen Harper to William Shatner. Who would you love to have guest star on the show going forward?

YB: Oh, man, there’s so many really successful Canadians out there, but that’s obviously not exclusive to Canadians. I don’t even know. I’m such a fan of so many people. Just the other day I saw Knives Out and I thought “What a great movie with a ton of great performances.” I’d say bringing that whole cast out.

MC: Christopher Plummer would be a great fit on Murdoch Mysteries.

YB: Oh, I bet. And he’s so sharp and he’s so very Canadian but, at the same time, such a universal talent. It’d be great.

MC: Last year, you celebrated another major milestone — your 50th birthday. How did your perspective in life change when you turned 50?

YB: Well, the year leading up to it was difficult. I was at odds with everybody and myself, and I didn’t quite realize it until it got closer to actually turning 50. And then I was able to put it all into perspective and realize that I was all freaked out because up until then I’ve always thought, “I’m a youthful person. I have energy to do things. I look a certain way. It’s not a big deal.” And this is the age that I always imagined myself. This is the part I was really interested in, right around now. But I never had any vision or plans for beyond 50, so I started to get a little spooked. And now that it’s passed, it’s all just sort of big, wide open. I have to go back to the drawing board and create new lofty goals for myself because that’s what I’ve always done … And so I’ve been having to force myself to think that way again, to create new lofty things to aspire to and to want and to strive for. And that’s sort of where I’m at right now.

MC: What sort of goals do you have for yourself going forward?

YB: Well, I’ve never gotten to do much sci-fi, and it’s something that I am a fan of. So I’d like to do some of that, some thriller stuff. I also love directing so I’d like to direct other types of things … My wife and I have different things in different levels of development at all times, and I’ve written some things. One of them is going to be a film soon. It’s wise to keep the cart in front of me a little bit in terms of what’s going to be next. This is a business. You have to be firing on all cylinders at all times because nobody’s going to bring it to you in a basket.