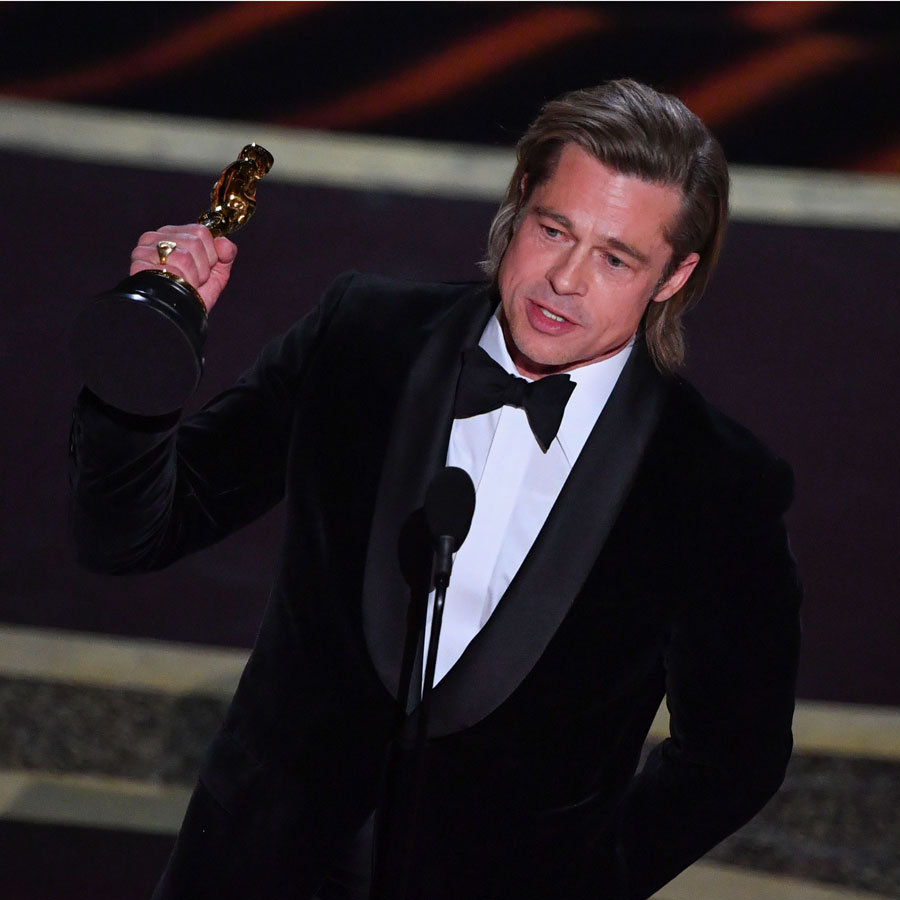 Brad Pitt accepts the award for Best Actor in a Supporting Role for "Once upon a Time...in Hollywood" during the 92nd Oscars. Photo: Mark Ralston/ AFP/Getty Images

There’s something funny about this year’s Academy Award nominees for Best Supporting Actor — there’s barely a supporting actor among them. Instead, the statuette will go to one of a handful of traditional leading men including Tom Hanks (A Beautiful Day in the Neighborhood), Brad Pitt (Once Upon a Time in Hollywood), Anthony Hopkins (The Two Popes), Al Pacino or Joe Pesci (The Irishman). Pesci is the only one of the bunch with supporting actor on his recent resume; he won a 1991 Oscar in the category for Goodfellas.

While traditional lead actors have been nominated in the supporting category before, this year they dominate it. And if the trend continues, it could spell trouble for less famous — although every bit as talented — character actors hoping to get the career and pay bump an Oscar win brings.

Your Support is Appreciated

When the Academy first introduced the supporting actor and actress categories almost a decade after it handed out the first Oscars in 1929, it was meant to honour lesser-known character actors. These performers generally eschew leading roles, or don’t get cast for them, but make a living using their acting chops to breathe life into a film’s secondary characters. The first male winner, Walter Brennan, made a career playing the hero’s sidekick or adversary alongside leading men such as Gary Cooper or Henry Fonda. Recent winners followed that tradition, like J.K. Simmons, who won in 2015 for playing a maniacal music teacher in Whiplash, or Octavia Spencer, who took the award in 2012 for playing a maid in The Help.

When it comes to the Oscars, film studios decide, often in consultation with the talent, which nominations to pursue and lobby Academy voters in the hope their picks get a nod.

“The studios will sometimes strategically push a lead nomination in the supporting category,” according to media expert and UCLA associate professor of sociology Gabriel Rossman, in part because they may have a better chance of winning an Oscar in the supporting category. Viola Davis, for example, won the Tony Award for the best leading actress in the play Fences, but when she made the film version, she was submitted for Best Supporting Actress and took home the award in 2017. The decision to opt for the supporting actress category for Davis may have been strategic, given the dominance of La La Land the same year. Emma Stone, who was considered a front-runner for the Best Actress Oscar, ended up winning the Best Actress Oscar, Golden Globe and BAFTA for the dramatic, rom-com musical.

Meanwhile, going into the 2020 Oscars, Tom Hanks hasn’t had a Best Actor nomination in 20 years. Given the competition, he probably would have been snubbed again this year for playing sainted kids’ TV host Mr. Rogers in A Beautiful Day in the Neighborhood, but in the supporting actor category, he not only has a nomination, but a chance to win. Brad Pitt boasts six career Oscar nominations, but only ever won as a producer when 12 Years A Slave picked up the Best Picture trophy in 2014. And in a hyper-competitive town like Hollywood, where legacies are defined in part by the number of gold statuettes on your mantle, a supporting award is better than nothing.

Studios also sometimes decide to push a supporting category nomination when there are two outstanding lead performances in the same film. Amadeus (1984) was the last movie where the two stars were both nominated for Best Actor (F. Murray Abraham, who won, and Tom Hulce). When actors compete against each other, it can split the vote, not to mention create hostility between them, which is another reason one may be put forward in the supporting actor category. This year the stars of The Irishman find themselves in a similar situation, with Pacino and Pesci in direct competition for best supporting actor.

The practice of stacking supporting categories with leading talent could become a bigger deal in the future, as it’s increasingly harder to get a major movie green-lit with just one major star attached. Movies like The Irishman, The Two Popes and Once Upon a Time in Hollywood often need at least two big names to have any hope of making money in a world dominated by  superhero franchises. Once Upon a Time in Hollywood, for example, could have been made with Leonardo DiCaprio and a character actor playing the sidekick; today, it required Brad Pitt in a role that a professional supporting actor might have played just a few years ago.

This, of course, adds to the trend of the supporting categories serving as a means to get a leading star an Oscar (see George Clooney in 2005 for Syriana or Anne Hathaway in 2012 for Les Miserables), or as a launching pad for young actors on their way to leading-role stardom (like Alicia Vikander in 2015 for The Danish Girl).

The losers, of course, are the supporting character actors, who may have fewer and fewer opportunities to receive recognition for their talents.

“Famous character actors probably peaked during the studio system,” Rossman says, “as there were fewer people in the industry but they worked more regularly.”

Character actor Claude Rains (Casablanca) never won an Oscar, although he made so many movies that he became as famous (and as wealthy) as the stars he supported. But without a studio system to champion them, or an Oscar to help establish their name, today’s career character actors face an uphill climb to fame.

Actor James Cromwell once said that, “My definition of a character actor is — they never get the girl.”

And if current trends hold, those who spend their careers in supporting roles may never get the Oscar either.

Parasite Is Slaying Awards Season, But Can It Actually Win the Best Picture Oscar?