Natalie Wood: Decades On, Why the Fascination With Her Untimely Death Remains 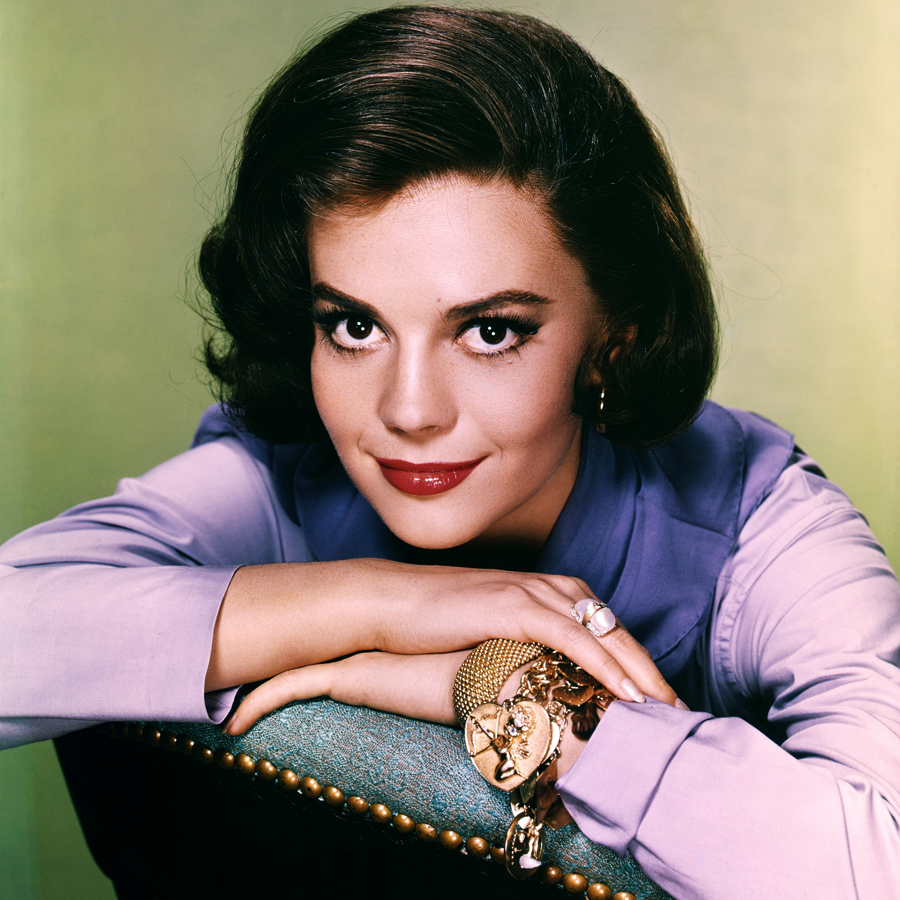 Natalie Wood enjoyed a Hollywood career that spanned four decades and included starring in a slew of big screen classics, three Golden Globes wins, three Oscar nominations and romances that proved the talk of Tinseltown. And out of the spotlight she was decades ahead of her time on numerous fronts as a champion for mental health and equality for the LGBTQ community. She also jumped from film to television (which was seen as a step down back then) and even went as far as pushing back against the Hollywood patriarchy to demand pay equal to her male co-stars.

And yet this lifetime of accomplishments is often overshadowed by the events of one night — Nov. 28, 1981 — when she mysteriously went missing from a yacht called Splendour, on which she’d escaped with husband Robert Wagner, film co-star Christopher Walken and captain Dennis Davern, and drowned at age 43 near California’s Catalina Island.

The HBO documentary Natalie Wood: What Remains Behind, which premiered earlier this week and was produced by Wood’s daughter Natasha Gregson Wagner — the step-daughter of actor Robert Wagner — attempted to put the public fascination with the actress’ death to rest by offering a intimate spotlight on her life, work, familial relationships and friendships, with appearances from fellow screen legends like Mia Farrow and Robert Redford.

But even with the best intentions, in telling the story of Wood’s life you simply can’t escape the story of her death. In the doc, Gregson Wagner interviewed her 90-year-old step-father about the night her mom died. The actor — who some, including both Davern and Wood’s sister, actress Lana Wood, believe he played a part in her drowning — gave his side of the story and maintained his innocence in actress’ death. The interview prompted The New Yorker to write in its review of the doc that, “here the film reveals its underlying intent: to exonerate Robert Wagner.”

Whether or not the doc actually meant to exonerate Wagner, Wood’s drowning still managed to make headlines nearly 40 years after the fact. And that in itself raises a more broad question — why are we still obsessed with the death of Natalie Wood?

She was one of the most famous actresses in Tinseltown and one half of “Hollywood’s golden couple” with Robert Wagner, as Town and Country put it, so that’s obviously part of it. But what makes Wood’s death stand out among the numerous other untimely celebrity demises over the years? We have a few theories…

Never Discount the Allure of a Real-Life Mystery

While celebrity deaths from Sharon Tate to Elvis Presley to Princess Diana and Michael Jackson resonate deeply with fans, the circumstances surrounding them are known and largely unquestioned. We can connect the dots of the and know that this celebrity died because this happened at this time. Tragic? Yes. Mystery? No. But Wood’s drowning death remains a mystery precisely because we don’t have the information to connect the dots.

We know Wood drowned but we don’t know how she got into the water in the first place. Did she fall? Was she pushed, or thrown? The autopsy also found bruises on her body, but we don’t know from what, or whom. When we don’t have all the facts it’s human nature to fill in the blanks with conjecture and accusations. And over time, new information has come out that’s reshaped how people view her death.

In 2011, the investigation into Wood’s death was reopened. Splendour captain Davern declared then that he heard Wagner and Wood arguing the night she died. He also told the Today Show that he lied in his initial police report and that, after Wood went missing, “It was a matter of ‘We’re not going to look too hard, we’re not going to turn on the search light, we’re not going to notify anybody right at the moment.’” He added that he believed that Wagner was responsible for Wood’s death.

As well, a woman named Marilyn Wayne came forward to reveal that she, her boyfriend at the time and her son were in their own boat roughly 40 yards away the night Wood died and were awakened by a woman “crying for help from drowning.” She added in her sworn statement that, after being unable to spot the woman themselves and unable to contact the harbour patrol, “I heard a man’s voice, slurred, and in aggravated tone, say something to the effect of, ‘Oh, hold on, we’re coming to get you,’ and not long after, the cries for help subsided, but we heard the cries for up to 15 minutes. We returned to bed, terribly disturbed.” She noted that investigators never interviewed her about what she heard that night and claimed that three days later she received an anonymous message on a torn piece of paper that said, “If you value your life, keep quiet about what you know.” Wayne said she “immediately suspected it was related to Natalie Wood’s death because that’s all anyone had been talking about.”

Shortly thereafter, the Los Angeles Coroner’s office amended the cause of Wood’s death from “accidental drowning” to “drowning and other undetermined factors.” And in 2018, Los Angeles County deemed the death “suspicious” after new witnesses came forward and officially named Wagner himself  a “person of interest” (though they never named him as a suspect).

As well, strange and eerie coincidences from the actress’ life only add more colour to the mystery.

To start, there’s the story of the fortuneteller who reportedly warned Wood’s mother “that her daughter would die in ‘dark water,’” The New Yorker noted, adding it’s “a detail almost too ominous for a Hollywood screenplay.” Wood herself openly discussed her own fear of water, admitting, as the New York Times reports, that “I’ve always been terrified, still am, of water, dark water, seawater.” And in Natalie Wood: The Complete Biography, author Suzanne Finstad recalls the time the actress had to film a scene in which she saves Tony Curtis from drowning in the 1964 movie Sex and the Single Girl. A documentary crew was filming parts of the production as well and Finstad writes about the “unsettling coincidence” of seeing the behind-the-scenes documentary footage of Wood, “gingerly stepping down the ladder into the dark water, clinging to trained divers.” She adds that while the documentary doesn’t show Wood emerging from beneath the water at the end of the scene, an on-set photographer was quoted as saying that the actress “flipped out” as she came up for air.

Ongoing media attention, combined with the myriad of books and articles written about Wood, stirs up the mystery with every new detail revealed and, according to police, has prompted at least one of the new inquires into the tragedy. All of which ensures that Wood’s death retains that element of mystery and fascination that keeps people talking about it nearly 40 years on.

Natalie Wood starred in Rebel Without a Cause alongside James Dean in 1955 — the same year the actor famously died in a car crash at age 24.

But celebrities like Dean — or, for example, Janis Joplin and Jimi Hendrix, who both died at age 27 within a month of each other in 1970 — enjoy a unique legacy in that they’re frozen in the specific generational time period in which they achieved their fame. Despite the fact that their stardom grew posthumously, Dean had only eight films to his name and remains the epitome of quintessential 1950s cool while both Joplin and Hendrix had only released three studio albums each and represent the psychedelic ‘60s rock and roll scene.

Wood, by contrast, got her start as a child actress and her career spanned decades, from appearing at age eight in 1947’s Miracle on 34th Street to her Oscar-nominated role in Rebel Without A Cause, starring in the classic West Side Story (1961), picking up two more Oscar nominations for Splendor in the Grass (1961) and Love with the Proper Stranger (1963), transitioning to television and landing a Golden Globe for the miniseries From Here to Eternity (1979) through to her final role — the 1983 sci-fi flick Brainstorm (in which she costarred with Walken at the time of her death). And that’s not to mention her other film and television roles or the publicity from her two marriages to Robert Wagner and her famous boyfriends, like Elvis Presley.

Over the course of her decades-long career, generations of fans got to know and love Wood in different stages of her life, broadening the reach and impact of her death.

We’re Working Through the Psychology Of It All

Actor Christopher Walken is famously tight-lipped about Wood’s death — especially given the fact he was one of only three other people on the boat when it happened. But he did open up about it in an interview with Playboy in 1997, saying that it was raining that night and he believed she slipped on the yacht’s “ski ramp that was partially in the water” and likely hit her head, leading to her drowning.

But then he adds an important point about the simple tragedy of it all. “You hear about things happening to people — they slip in the bathtub, fall down the stairs, step off the curb in London because they think that the cars come the other way — and they die. You feel you want to die making an effort at something; you don’t want to die in some unnecessary way.”

And in the same way, it can be difficult to believe that such a talented, glamorous and beloved movie star could have her life extinguished in such a basic and avoidable manner as simply slipping off a boat, hitting her head and drowning. The idea that something more nefarious took place — or at least that some other factor played a part in Wood’s death — would make it easier for many of us to understand and accept it.

A 2015 Atlantic article, however, posits that, psychologically speaking, our fascination with the tragic deaths of celebrities like Wood could be result of the “rush” we get from “the thrill of feeling close to danger without actually being in danger.” Or, it could also be a case of “schadenfreude.”

The story quotes Gail Saltz, who works as an associate professor of psychiatry at the Weill-Cornel School of Medicine, as suggesting that such fascinations are, “partially driven by the wish to have the things [people] imagine the celebrities have. I can feel less terrible about [the fact that] I don’t get to have it because look at the price you pay: You pay with your life.”

Saltz adds in the piece that focusing on celebrity deaths can also be a way of facing our own fears surrounding mortality.

“We are probably more afraid of death than anything else. The fascination with viewing someone who is [dead] … is driven by that sort of supreme fear of ours which makes us want to know more and to understand the experience and feel like we have some kind of window in.”

Those two things — the human desire to have what celebrities have and the inevitable prospect of facing one’s mortality — will never disappear. And unfortunately, unless a definitive explanation emerges for how Wood died, the public obsession with the circumstances surrounding her death is unlikely to abate.

Robert Wagner Person of Interest in Death of Natalie Wood