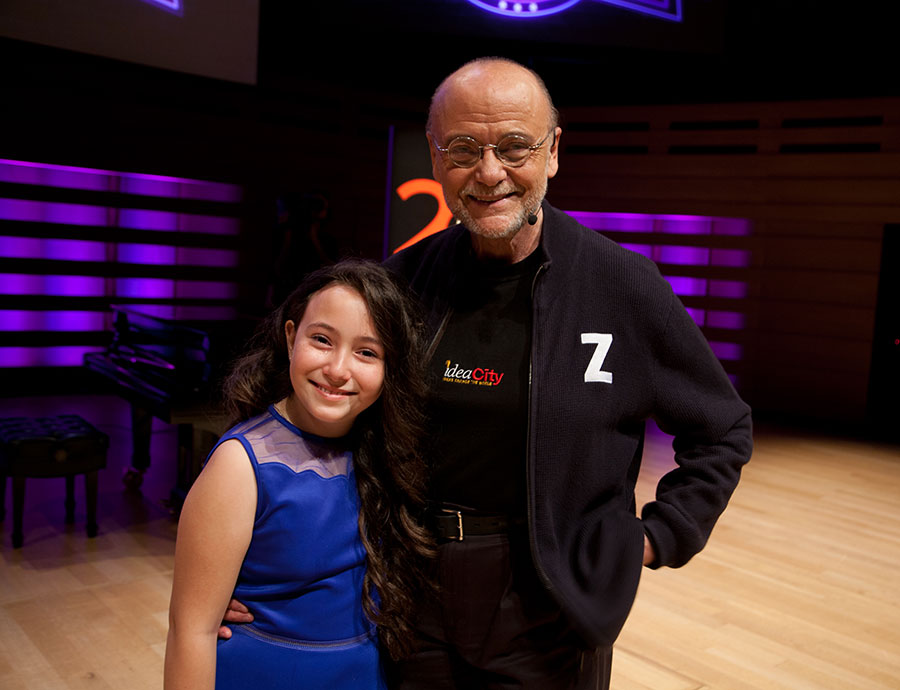 Toronto-born singing prodigy Roberta Battaglia, 10, earned a Golden Buzzer on America's Got Talent for her rendition of "Shallow," which she performed last year at ideacity 2019. Photo: Courtesy of ideacity

Tuesday night, Toronto-born singer Roberta Battaglia, 10, left the judges and viewers of America’s Got Talent stunned with her rendition of “Shallow,” the hit Lady Gaga/Bradley Cooper song from the 2018 film A Star Is Born. The performance led judge Sofia Vergara to declare it “amazing … breathtaking” before giving her the coveted Golden Buzzer, ensuring Battaglia a spot on the show’s upcoming live Hollywood tapings.

But anyone who attended or streamed the 2019 ideacity conference (a ZoomerMedia property) knew about Battaglia’s vocal powers long before America’s Got Talent came calling.

Battaglia comes from a musical family and began singing at age three at events in her community, and ideacity founder Moses Znaimer discovered her talents and invited her, when she was only nine years old, to appear at the 20th ideacity conference in 2019. There she performed three songs — including “Shallow” — drawing an immediate standing ovation. You can watch her whole performance in the video below.

After bringing Battaglia onto the stage at the beginning of her set, Moses noted, “Those of you who’ve been here before know that I have gotten into this habit of kicking off our sessions with one or another little hothouse flower whose audacity and talent make you wonder what you’ve been doing with your own life.”

From there, Battaglia performed “At Last” by Etta James, “Shallow” and then Pink’s “What About Us?” earning her standing ovation. After that, Moses joined her on stage and pointed out her parents in the crowd.

And then, in scooping the America’s Got Talent judges who’d praise her a year later for the same tune, he asked the crowd, “Admit it — did you close your eyes for a second during that ‘Shallow’ song and wonder who you were listening to?” The audience voiced their agreement.

See the video below to watch Battaglia’s performance on America’s Got Talent.

As ideacity Turns 20, Take Our Photo Tour of 20 Big Names who Shaped This Iconic Event