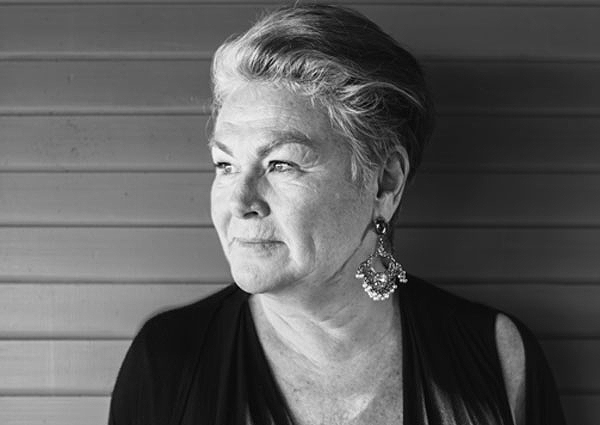 The 2020 ideacity conference may not be taking place due to the COVID-19 pandemic, but that doesn’t mean that the conversations and ideas stopped flowing. This week, on June 17, 18 and 19, ideacity is offering a free livestream replay of the 2019 conference — the 20th anniversary year — and all you have to do is click here to register.

Day three of ideacity 2019 explored topics relating to God and nature, delved into health and longevity and closed on a funny note with talks by two Canadian comic giants — Rick Mercer and Mary Walsh.

A Portrait of Jesus

In the morning’s God and Nature pod, Joan Taylor asked the interesting question: What did Jesus look like? We have so many images of Christ in icons, paintings and sculptures throughout history, but these are only representations. Christian scholar Joan Taylor discussed how the real image of Jesus is likely very different from how it’s traditionally portrayed in art.

Following the Footsteps of the Group of Seven

Speaking of art, Jim Waddington enthralled the audience describing how he and his wife Sue took a once-in-a-lifetime wilderness trip that followed in the footsteps of the famous Canadian landscape painters known as the Group of Seven. Jim and Sue canoed through Algonquin Park, though the spectacular and stunning scenery that so enraptured the Group of Seven. Using their paintings as a guide, the Waddingtons successfully located the actual areas where the painters set up their easels. Ultimately, they were able to view the landscape through the eyes of the Group of Seven.

Anti-Semitism on the Rise

On a less edifying note, Anna Porter, author and founder of Key Porter Books, spoke on an alarming trend that’s once again rearing its ugly head in many parts of the world. Documenting numerous anti-Semitic attacks, Porter concluded that: “Seventy-five years after the holocaust, anti-semitism is now mainstream again”

Dr. Mark Lipones spent 25 years as the chief medical officer at Canyon Ranch — an upscale wellness resort corporation based in Texas — and spoke with a fair degree of authority on the matter of whether money buys health. The answer is yes … and no. He shared observations of a much different strata of patients, those of northern Laos — a region of Asia decidedly not described as upscale.

“Money can buy some health, but only to a point,” Lipones said. “Cancer cuts across incomes.”

Oh, “And, wealth is not a requirement for happiness,” he confirmed.

RELATED: Dr. Mark Liponis on the Keys to Good Health

And on the subject of the big C, journalist Diane Francis returned to the ideacity stage, recounting her past year, which included overcoming Stage 5 ovarian cancer. The diagnosis came just days before she was to leave on assignment to the Russian front of Ukraine with Canadian special forces. That battle would be put on hold for the battle for her life. Now cancer-free, Francis attributed it to advances in treatment, yes, but also to her own good health. “Sleep, eat and exercise well. And learn how to keep stress at bay — that’s my big advice.”

And she finished with one other piece of advice: “Put one foot in front of the other — for the rest of your life,” to which the audience responded with a standing ovation.

Klotho: The Key to Longevity

Dr. Carmela Abraham had us at, “Would you like to live 10 to 20 additional years?” She says the answer may be the protein Klotho, a growth factor, hormone and enzyme, discovered more than 20 years ago. It’s since been shown to be beneficial in kidney function, Alzheimer’s disease prevention, bone density, Multiple Sclerosis and, yes, cancer. Its levels in the body deteriorate with age — and in the presence of various diseases. The good news: more than 2,000 studies already have confirmed the protein’s therapeutic benefits — including life extension — and Abraham believes Klotho-boosting therapies, and possibly daily supplements, are on the horizon.

RELATED: Dr.Carmela Abraham on How This Protein Could Be the Key to Longevity

The day ended with a round of laughs courtesy of a pair of Canadian comedy legends from Newfoundland and Labrador — Rick Mercer and  Mary Walsh. Mercer, 49, took the stage first to discuss what it means to be Canadian, while Walsh, 67, followed with a discussion about “wrinkled radicals” and redefining how we think about aging. And off-stage, Mercer and Walsh helped us close out the day and ideacity by each taking part in Facebook Live interviews, which you can watch in the videos below.