Back to The Garden: Reflecting on Woodstock’s Legacy 51 Years Later 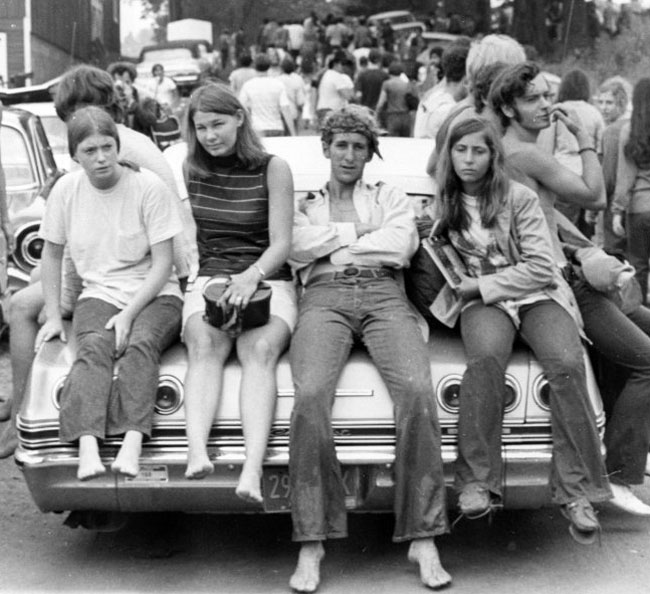 A version of this article appeared in the July/August 2019 issue with the headline, “Once We Were Stardust” p. 52-54.

Feeling old? Brace yourself. In the slow march of milestones that loom for a generation of a certain age, Woodstock’s 50th anniversary this summer takes the cake. But Woodstock defies nostalgia on so many levels it’s head-spinning.

Let’s begin with the trippy truism that if you can remember the ’60s, you weren’t there, a line so apt that no one can remember who came up with it. Most of the Woodstock generation weren’t there at the mother of all rock festivals. Even Woodstock was not there in Woodstock because the site was moved 60 miles down the road to Bethel, N.Y. And even if the event that was quaintly billed as An Aquarian Exposition: Three Days of Peace and Music was all about being there, you didn’t have to be. The utopian traffic jam of some 400,000 pilgrims who overran Max Yasgur’s dairy farm in the summer of ’69 became a mass media event, then a hit song, then a three-hour movie.

Woodstock may have generated a more coherent narrative for those of us who weren’t there than those who were. We saw it through the helicopter lens of history, while they had bums on the ground, awash in music, mud and mescaline.

Take “Woodstock,” the song that Joni Mitchell wrote and was turned into an anthem for the ages by Crosby, Stills, Nash and Young. Joni wasn’t there. She was invited to perform at Woodstock, but after seeing a New York Times headline about 400,000 people sitting in the mud, her manager, David Geffen, worried that she would get stuck there and miss her national TV debut on a Woodstock edition of Dick Cavett’s talk show. Sad to miss the party, Joni sat glued to the television coverage on the weekend and wrote the song before the festival ended. CSNY, meanwhile, rented a helicopter, hit the stage and made it back in time to crash the Cavett show, replacing Jimi Hendrix, who never found his way to the studio. Envious of her boyfriend Graham Nash and ex-boyfriend David Crosby, Joni listened to the boys rave about their excellent adventure, then performed her song. “I wouldn’t have been able to write it if I had been there,” she told biographer David Yaffe four decades later, “because I would have been caught up in the backstage neuroses. I ended up in the position of the fan who couldn’t go so I could be more romantic about it than if I’d been there caught up in the reality of it.” Like the rest of us.

Now we’re celebrating the golden anniversary of something that was golden before it was over. Joni had mixed emotions about it. She says she saw the event as miracle, “a modern-day fishes-and-loaves story” but also as “the closing of a window of opportunity … a funeral.” Her recording of “Woodstock,” sung as a dirge-like ballad, was eerily prescient. Unlike CSNY’s bright and shiny version, it’s not just about “song and celebration,” Yaffe writes in his book Reckless Daughter. “It is purgation. It is an omen that something very, very bad will happen when the mud dries and the hippies go home. That garden they had to get back to — it was an illusion.”

Woodstock was the last bloom of flower power. By then, the hippie dream of saving-the-world good vibes was wearing thin. The Manson murders went down only the weekend before. And four months later, Woodstock’s mirage of peace and love was vaporized in the mayhem of Altamont, the free concert headlined by the Rolling Stones in California, where cameras captured the stabbing death of African-American teenager Meredith Hunter by a member of the Hell’s Angels, who the Stones had hired as security, as Mick Jagger sang “Under My Thumb.” The following year, Woodstock’s two most electrifying stars, Hendrix and Janis Joplin, would both die of drug overdoses, both at the age of 27.

The Woodstock miracle was a seismic event that would never be repeated. But those of us who missed it chased its aftershocks wherever we could find them. A month after the festival, I found myself at the Toronto Rock and Roll Revival, lying on the grass of Varsity Stadium, high on grass and experiencing a first “date” with my first real girlfriend while being serenaded by John Lennon and the Plastic Ono Band, Alice Cooper, Chuck Berry, Bo Diddley, Little Richard, Jerry Lee Lewis, Chicago and The Doors among others. (Before rock ’n’ roll was classic and pricey, you just took these things for granted.) Barbara and I ended up making out during The Doors and left the 12-hour show before it was over in search of somewhere more comfortable. We promptly moved in together and split up three months later. It seemed nothing was built to last back then.

In the summer of 1970, after hitchhiking up the Pacific coast from Santa Barbara, I landed in a more bucolic mini-Woodstock, the Strawberry Mountain Rock Festival on the Fraser River near Mission, B.C. The first night, I never even saw the stage. Tripping on LSD, I was too busy locating God in a campfire next to a VW van that was playing an eight-track tape of The Moody Blues. The next day, I saw some live bands. I have no memory of them but I recall a fit of paranoia about the sinister implications of the helicopters that hovered overhead, watching us.

If Woodstock was the apotheosis of the hippie daydream, Altamont was the nightmare that ended it in overtime. But it made for a better movie. And movies played a crucial role in turning rock festivals into a pop culture phenomenon, thanks to a new generation of light mobile 16-mm film cameras. D.A. Pennebaker — who had captured lightning in a bottle with Don’t Look Back (1967), his portrait of a 23-year-old Bob Dylan — forged the prototype for the rockumentary with Monterey Pop (1968). It featured many of the same performers who would play Woodstock, including Hendrix, Joplin, The Who, Canned Heat, Country Joe and the Fish, Ravi Shankar, Grateful Dead and Jefferson Airplane.

For a brief window, festival movies captured the chaos of rock ’n’ roll in the wild before the music industry’s grip took over. Woodstock was a larger-than-life experiment in which everything was amplified — not just the volume of music and the size of the crowd but thousands of minds sent into cosmic overdrive on psychedelic drugs. There was a taste for anarchy among performers and fans, a sense that anything could happen. For both rock stars and revolutionaries, the mobilization of almost half a million young people looking to have their minds blown was an opportunity, to say the least. But by this point, the counter-culture was a splintered mess of factions. The volatile mix of rock music and leftie politics combusted with comic nihilism at a pre-dawn performance by The Who, when Yippie leader Abbie Hoffman, raving on LSD, grabbed a mic and screamed, “This is a pile of shit, while [White Panther leader] John Sinclair rots in prison!” Pete Townshend wheeled around and bonked him in the head with his guitar, which, as usual, he would smash to pieces at the end of the set. But if we were left with one enduring image of a weaponized guitar at Woodstock, there was no contest: it was the finale, in which Jimi Hendrix shredded “The Star-Spangled Banner” and kissed the sky with “Purple Haze.”

We know this because Woodstock was a movie. Not some hippie underground movie but an Oscar-winning epic that had seven editors, including Martin Scorsese, sift through some 350,000 feet of footage. As Woodstock anniversaries came and went, the movie would be re-packaged in ever-more granular DVD editions, resurrecting lost performances from the outtakes. But attempts to recreate the festival’s shambolic magic have failed. Ang Lee’s dramatic feature, Taking Woodstock, released on the festival’s 40th anniversary, sank like a tab of bad acid at the box office. And the anniversary concerts were desperate affairs. The one planned for this summer’s 50th, promising nine of the original acts, was cancelled due to permit and financial issues.

Perhaps Woodstock’s most enduring legacy is that it provided the raw template for massive spectacles that infuse rock-star ambition with a higher sense of purpose, notably the 1985 Live Aid concert for famine relief. Woodstock’s let’s-all-sit-on-the-ground-and-get-high ritual has been passed down through annual outdoor festivals from Burning Man to Coachella. For sheer scale, Coachella may be the 21st-century answer to Woodstock, though it could not be more different. Most of the 400,000 who made it to Woodstock didn’t pay; passes for Coachella range from US$430 to more than US$1,000. Aside from Hendrix, Woodstock’s top-tier acts were all white; Beyoncé headlined Coachella last year with a black feminist pageant of hip hop, pop and gospel that was executed by a legion of dancers and drum corps, choreographed with military precision and filmed for Homecoming, a documentary that Beyoncé somehow managed to “direct” in the thick of it all. Like Woodstock, it was a historic moment. And you didn’t have to be there.

Like a lot of the Woodstock Generation, I no longer have the urge or stamina to be there, to sit on the ground and witness history in a crowd. We can sit at home, high on legal weed and stream it on Netflix. But it won’t get us back to the garden.

Woodstock 50 Is Officially Cancelled: Why Music Festivals Are Missing the Mark With Boomers

Nostalgia: A Look Back At Woodstock

The Summer of ’69 & the Enduring Fashions of Woodstock