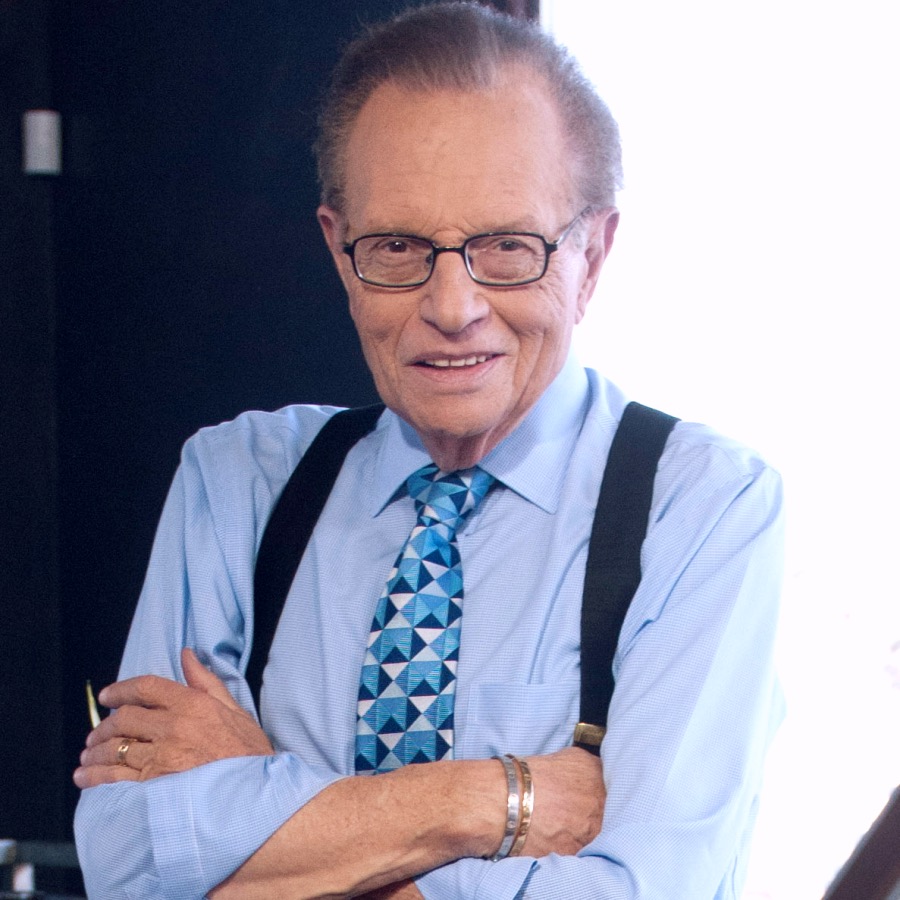 Larry King, who died Saturday at age 87 (no cause of death was given, though he’d recently been diagnosed with COVID-19), enjoyed a celebrated broadcasting career stretching back to his radio roots in the 1950s. Most Canadians, however, likely discovered the broadcaster late in his career via his hit CNN show Larry King Live, which ran for 25 years from 1985 to 2010.

One of the distinct traits that separated King from the journalistic pack was his deliberate non-commitment to the usual rituals of interviewing — he could seem interested or bored depending on his mood. As well, he never read an author’s book before an interview, for example, claiming he wanted to learn about it the same way and at the same time as the viewer.

And of course, there were his viewers — from places like Poughkeepsie, Toledo and Bakersfield — who would phone in and share the experience as intended.

Personally, I was also addicted to his USA Today column, a daily stream of wildly random thoughts separated by ellipses that many mocked and which the magazine The New Republic once collected into a poem.

“I get a good feeling when I see a police officer on a horse … I’ve never been a big fan of daylight savings time … I never get tired of listening to Canada’s national anthem … I wonder what I’ll find if I ever get around to cleaning out my glove compartment … I always feel 100 per cent better after a really good manicure.”

All of which illustrates one of the great secrets of King’s success — that the broadcaster from Brooklyn (the son of Belarussian Jewish immigrants) was, in short, less famous for being an interviewer than for being Larry King himself.

Part of King’s public persona was defined by his off-camera romantic pursuits. In the 1990s he dated Angie Dickinson — yes, Police Woman and a Rat Pack-era sex symbol — and he’d frequently drop her name to listeners. He was also, famously, married eight times to seven different women. So what was it about this slightly hunched, gruff, old-school broadcaster with the giant glasses and trademark suspenders that won him the attention of beautiful women practically to his dying day?

My feeling is that, as with the relationship he shared with his millions of loyal viewers, Larry King didn’t so much interview people as charm them.

An enduring story about his first celebrity interview comes from the late ‘50s when he was a $50-a-week disc jockey at WIOD in Miami. As a promotion for a deli called Pumpernik’s, King interviewed anyone who walked in the door. The late teen-throb Bobby Darin was nearby, heard the bit, was taken with the broadcaster’s approach and walked in the door straight into King’s microphone.

King’s avoidance of “gotcha” moments had the effect of making him a desirable interviewer to the rich and powerful, one capable of making his interviewees open up regardless.

Billionaire Ross Perot announced his third-party bid for the U.S. presidency on Larry King Live. Later, he’d arrange a debate between Perot and the new vice-president Al Gore, which was CNN’s most-watched program for years.

That Larry King Live was more about Larry King than it was the people he interviewed was never clearer than when King announced in 2010 that he’d be stepping down. The show would carry on, CNN decided, with Brit broadcaster Piers Morgan as the host. You might as well have performed an interspecies heart transplant, so roundly was Morgan rejected by the viewers who loved King.

Meanwhile, King continued to work the medium. In 2012, at age 79, he started his own production company and a new show, Larry King Now, which was programmed on the Hulu streaming service. That same year, Larry King Now played host to a debate of third-party presidential candidates (including the Green Party’s Jill Stein, whose presence in the 2016 election helped sway the results toward Donald Trump). He also played himself in The People v. O.J. Simpson: American Crime Story and in Law and Order: Trial by Jury.

But then, Larry King always played himself. He was the star of his own, greater show — which sadly has aired its last episode.

Upon news of King’s passing, a who’s who of celebrities took to social media to pay tribute to the legendary broadcaster.

Larry King, 85, Files for Divorce From Wife #7 — But Will He Be Able to Resist Yet Another Nuptial?