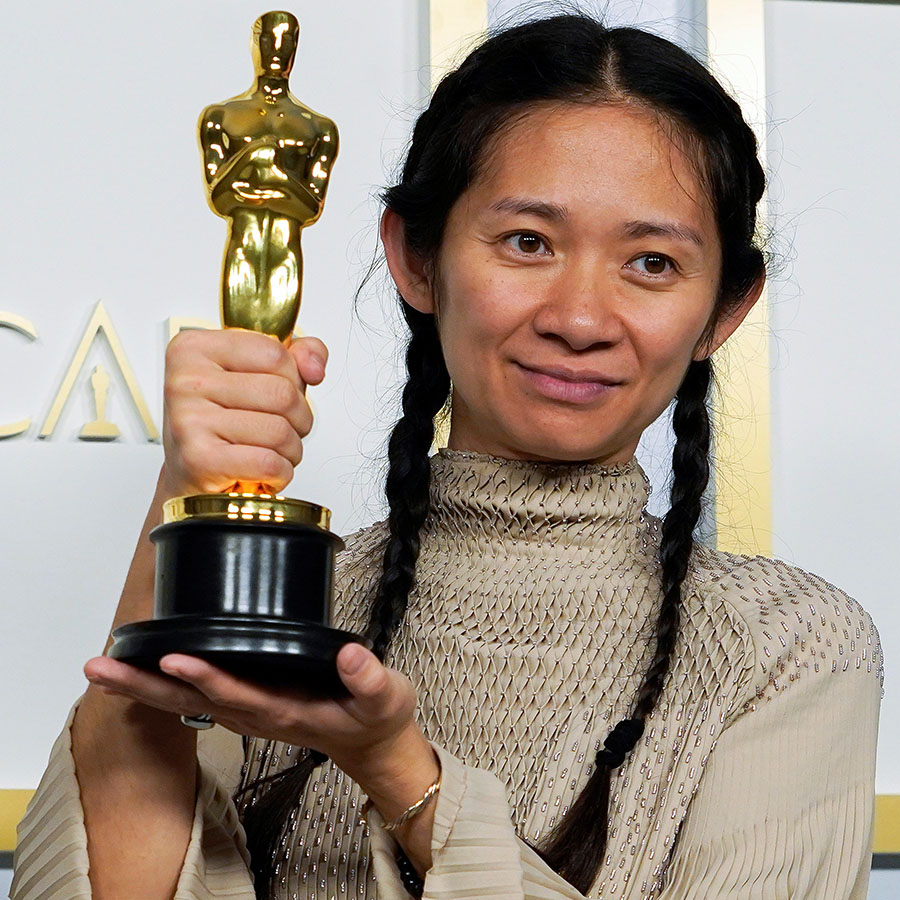 Chloé Zhao became the first Asian woman and second woman overall to win the Best Director Oscar when she won the award for her film 'Nomadland.' Photo: Courtesy of Reuters

With his Best Actor win for The Father, Anthony Hopkins, 83, eclipsed Christopher Plummer as the oldest winner of an acting Oscar in history. Plummer was 82 when he won his Best Supporting Actor Oscar in 2012. Meanwhile, famed costume designer Ann Roth, 89, became the oldest overall female Oscar winner — and second-oldest overall Oscar winner —  ever when she took home the award for Best Costume Design for Ma Rainey’s Black Bottom. She’s only a few months younger than Call Me By Your Name screenwriter James Ivory was when he won his Oscar at age 89 in 2018.

Nomadland won best picture while its star Frances McDormand took home the lead actress Oscar on Sunday on a night of several firsts and a return to Hollywood glamour after a long pandemic shutdown.

In a major upset, Britain’s Anthony Hopkins won the Best Actor trophy for his role as a man battling dementia in The Father. The Oscar had been widely expected to go to the late Chadwick Boseman for his final film, Ma Rainey’s Black Bottom.

China native Chloé Zhao was named Best Director for Searchlight Pictures’ Nomadland, making her the first Asian woman and only the second woman ever to take home the trophy. She described making the film about the traveling van community in modern America a “crazy, once-in-a-lifetime journey.”

Youn Yuh-jung, 73, won the Best Supporting Actress Oscar for her role as a cantankerous grandmother in immigrant tale Minari. She was the first South Korean actor or actress to win an Oscar.

It has been 11 years since Kathryn Bigelow became the first woman to win the director Oscar, for Iraq war drama The Hurt Locker.

Social distancing forced a rethink of the ceremony, moving it to Union Station in downtown Los Angeles. After strict COVID-19 testing and quarantine protocols, nominees and their guests sat, mostly maskless, in a cabaret-style set or chatted in an outdoor courtyard.

The winners were chosen in a secret ballot by the 9,000 members of the Academy of Motion Picture Arts and Sciences.

Olivia Colman Acting Opposite Anthony Hopkins in “The Father,” “The Crown” and Finding Fame in Her Mid-40s