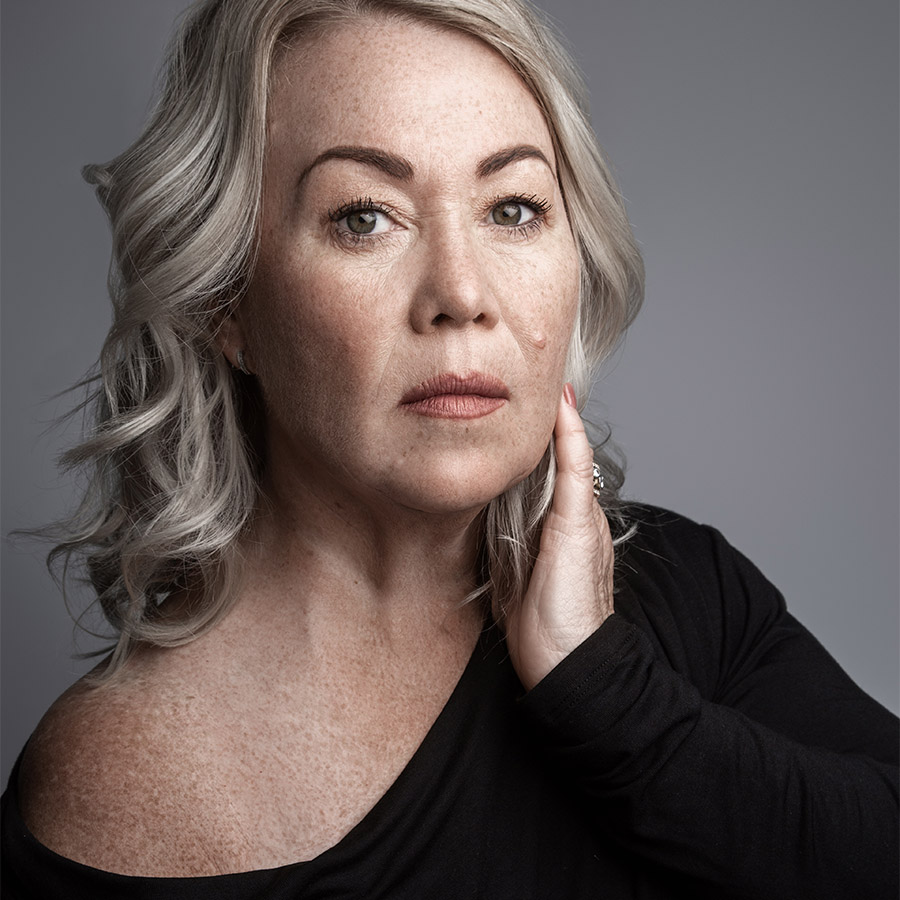 Jann Arden, whose virtual concert streams Thursday night, sat down with Zoomer to chat about performing with the band again, her lockdown projects and what she's learned from the pandemic. Photo: Courtesy of Universal Music Group

“I have a lot to be grateful for…”

It’s the sentiment Jann Arden shared at the beginning of our Zoom conversation last week, ahead of the singer-songwriter’s Jann Arden On Stage livestream concert event on May 20. And speaking from her home in Calgary, the 59-year-old noted that the pandemic hasn’t slowed down her creative output.

She explains that, thanks to Zoom, she was able to collaborate and write Season 3 of her hit sitcom Jann and also work on an outline for Season 4 — despite not being greenlit for a fourth season yet. “No one has said, ‘Yeah, there’s going to be a Season 4,’” she laughs, “but we’re just like, ‘Lets pretend there is.’”

Arden also collaborated with longtime producer Bob Rock and, together, the pair “wrote through Zoom on my kitchen counter” to create a new album. Last October, of course, she released the book, If I Knew Then: Finding Wisdom in Failure and Power in Aging, and just this week she nabbed two Canadian Screen Awards: for Best Host, Talk Show or Entertainment News for her 2019 special Jann Arden One Night Only and Best Host, Live Entertainment Special for the 2019 Giller Prize broadcast.

“It was a creative year,” she says. “I didn’t feel like anything stopped. The only thing I didn’t do was perform live.”

And that brings us to Jann Arden On Stage. Arden notes that she won’t be going out on tour until 2022 — at which point she’ll honour all seats already bought by ticket holders. So, in the meantime, the livestream special serves as “a salute to the fans. And we want to cheer everybody on and give people that little glimpse of a light at the end of the tunnel.”

For the livestream, she gathered with her band to perform — with full production values — a concert set that includes old favourites as well as covers of tunes by Paul McCartney and The Cure. “We knew we wanted it to feel like an old friend,” Arden said. “We knew that we wanted that familiarity.”

Ahead of the livestream, Arden spoke with Zoomer about how it felt to get back on stage with the band, embracing the grace in our lives and why Paul McCartney is an anti-ageism inspiration.

MIKE CRISOLAGO: How did it feel to be back on stage with a full band, even though there were no fans?

JANN ARDEN: It was great. I didn’t even feel like any time had passed. And that’s the odd thing about this. I think people keep thinking that it’s going to feel like this chasm of it was so long ago. It literally feels like it was 10 minutes ago. And I think people will find that very comforting and interesting. You’re always in a moment … Yeah there’s no audience there, but it felt like a really, really glamorous soundcheck. And that’s actually when you have a lot of fun too, is trying new things with the band and stuff. It was, more than anything, Mike, good to see everybody.

MC: That’s great, because the pandemic has a strange way of playing with our perception of time and old routines that we’ve had to adjust because of COVID.

JA: I think there’s this grace that we’re going to embrace in our lives much more often than we were doing. And that is the grace of company, companionship — that’s the thing people have missed the most. Seeing our friends, seeing people and giving them a frickin’ handshake seems like a billion years ago. And I think we always took it for granted and just being apart from people, I think, in this generation anyway, we’ll look at it with so much gratitude.

MC: In the concert you cover the Paul McCartney song “Lavatory Lil,” from his new album McCartney III. How did that come about?

JA: I had an opportunity to be part of the launch of McCartney III. Artists from many territories around the globe were chosen by his record company to do a cover of one of the songs on the record. And I got chosen in Canada, which was mind boggling, and we did “Lavatory Lil.” I’m not going to sit here and tell you what I think it’s about, but Lavatory Lil is not a good person. And we kind of did a cool version of that. I’m assuming Paul heard it, I don’t know. It would be really nice if he did.

MC: That must have been incredible, to work on a Paul McCartney project.

JA: It was so thrilling … and, I mean, here’s a guy in his seventies having a number one Billboard hit. So it is a real testament to the timelessness of art. And ageism, I think. I think men are starting to understand what women go through from the time women hit 40. We have a little more of a biological clock running with us … And I think that kind of hangs around women’s shoulders. We carry it with us. So, it was great to see [McCartney] for all of humanity, all the people that are climbing up that hill. That just, there are no boundaries. They’re only imposed by yourself. I’m always flipping the bird at people. Like “Just watch me. Don’t ever tell me no.”

MC: In the concert you also cover the Cure’s “Lovesong.”

JA: The Cure song, I’ve done it on tours before but I’ve loved the song since I was younger. And I think it’s a timely message. I chose it because no matter how far away, I will always love you. And I think we’ve been dealing with this distance this last 15 months. And the irony of distance has not been like, “Oh my God, my boyfriend’s on another continent.” It’s been like, “No, my mother is in a frickin’ long-term care facility a mile from me and I can’t see her.”

MC: When people tune in to watch the concert, what are you hoping that they come away with?

JA: I think they’ll forget about what’s going on for 90 minutes and just have a few laughs. I think it looks really beautiful, the sound quality is so great. It’s almost like going to a drive-in. And it’ll be nice for people just to get the popcorn out, be able to scratch their butts, sit there with their elastic waist pants on, no bra, not have to look for parking. It’s very affordable and everybody wins. It really lifted my spirits and I hope it does that for other people as well, to revisit some of these songs, to think about where you are and to think about the good things that are ahead of us.

Jann Arden On Stage airs Thursday, May 20 at 8 p.m. ET. Click here for more information or to purchase tickets.

Excerpt: Jann Arden’s Feeding My Mother: Comfort and Laughter in the Kitchen as My Mom Lives With Memory Loss