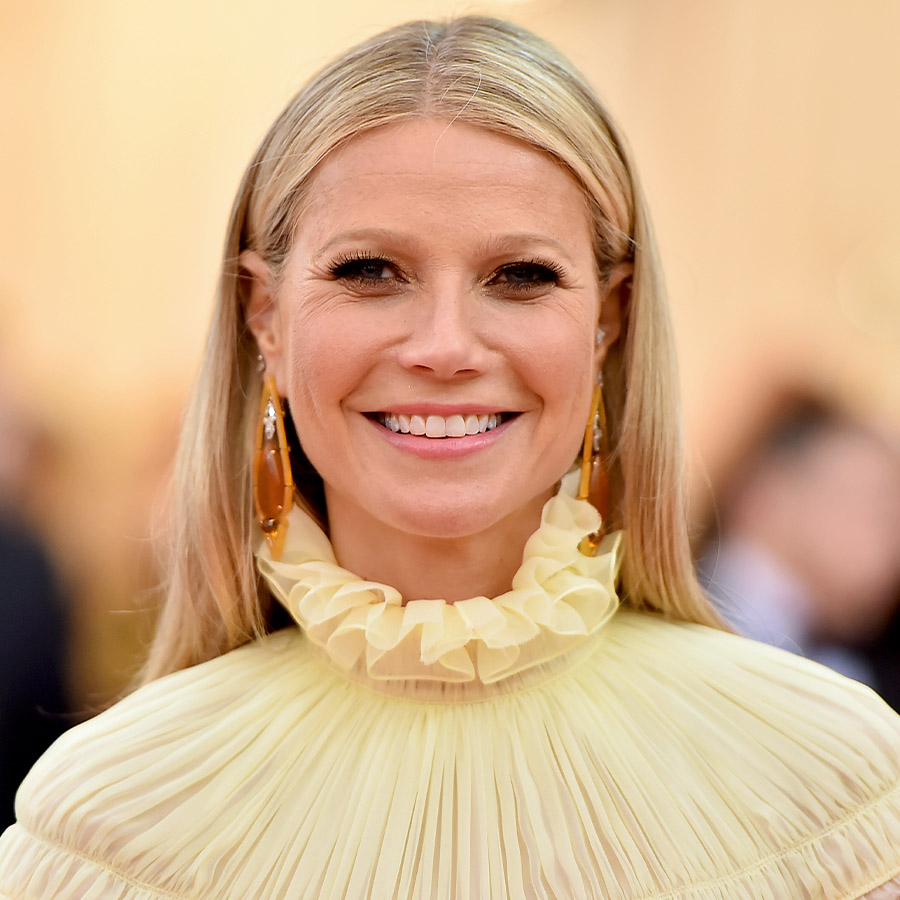 “Not this bloody titless narcissist again!”

“Does this woman ever just shut up?”

“God this privileged b*%#h is annoying”

This is the sort of vitriol that Gwyneth Paltrow, 48, earned in the comments section of a Daily Mail story from earlier this month about an interview she gave in which she’d offered something as inoffensive and — one would think — relatable as the fact that she’d been drinking seven nights a week during the pandemic. She also noted, in the interview, that she’d returned to eating bread. Commenters added: “delusional grifter”, “hypocrite”, “loser”, “vomit”, “loathsome”, “gross”, “twit” and “goop for brains.”

The hitch? She’d been drinking quinoa whiskey. And while she didn’t claim her pandemic experience was worse than anyone else’s — just, simply, her own experience — the comments attracted the above outrage. And that was just page one of the comments. There were a dozen more, all equally complimentary.

Similarly, if I post anything about Paltrow on social media — a story or product from her Goop.com wellness and lifestyle website — I can count on a healthy phalanx of those reading my feed to slam her. Even something as innocuous as the below clip for Vogue in which she is utterly charming, funny and self-deprecating (which is why I posted it), people (who I assume didn’t bother watching it) instantly dive in with the mudslinging.

So what is it about Paltrow that drives people so insane?

A dozen years ago in Thailand, on a wellness tour — that involved yoga, starvation, and energy healers — a guru handed me a jade egg.  A third smaller than a Cadbury cream egg, this he assured would imbue me with the protective, lucky energy of jade. Considered more precious than gold by the Chinese, he explained, it was a symbol of renewal, longevity, even immortality, that brought prosperity, success, and good fortune. He said that I should wear this in my vagina.

Holding it there would strengthen my pelvic floor, a passive Kegel exercise that would tighten things up. Also known as Yoni Eggs, I could buy these in rose quartz to purify and open the heart, promote inner healing and serenity; amethyst, to soothe anxiety, relieve headaches, overcome addiction and, most intriguingly, improve “feminine persuasive strength”; or obsidian, to help “release resentment and emotional blockages while counteracting negative energy.”

Who could argue with any of that?

I popped that jade egg right in and there it remained, save for washings, for some time. Did it strengthen my pelvic floor and improve my sex life? I like to think so. Though only, possibly, as having to remove it in front of surprised yet intrigued paramours added an air of naughty exoticism to the proceedings. Did it suffuse me with good fortune? I did come into a rather large inheritance shortly thereafter. So, maybe.

I didn’t, however, consider it a medical prescription. So, when Paltrow had to settle a lawsuit in 2018 for making “false claims” — improved sex life, balanced hormones, intensified feminine energy — about a jade egg she was hawking on Goop, I had to laugh. Obviously, this was not proven science. Who would sue over this take-it-or-leave-it wellness woo-woo? By the same yardstick you could believe, or disbelieve, in Ayurvedic cures, homeopathy, psychics, astrology, gluten-free diets, essential oils and shamans.

The following year, Paltrow was eviscerated for proposing vaginal steaming as a restorative practice. While an acquaintance of mine described it as, “Wrongly promoting the idea that vaginas are dirty and need to be steam cleaned like carpets,” I pointed out that it’s actually a traditional custom in Africa, Asia, and Central America. Koreans believe it combats reproductive ailments, Thais feel it boosts overall wellness, Africans think it enhances vaginal tautness. Adopted as an alternative health practice in the West, squatting over steaming, herb-infused water is now so common you can buy kits on Amazon. The Goddess crowd here proclaim it a revitalizing and hormone-balancing technique that also rids the vagina of the chemicals (dioxins, pesticide residues) found in tampons.

The upshot of this hullabaloo was that Yelp declared V-steams among the most popular “beauty” trends of 2019. Downside? A woman in the U.K. suffered second-degree burns to her hoo-ha. A study in contrasts that neatly sums up the three prongs of the Paltrow paradigm:

1. She has a lot of influence.
2. She‘s not claiming to be a health professional.
3. There’s an idiot born every day.

In other words, if Paltrow shares some New Age craze that she’s into, it’s exactly that. You’re reading Goop, not WebMD. It’s the same advice half the yoga teachers, Pilates instructors, naturopaths, and juice bar owners in town hand out. Also, if you’re going to home-steam your clam, don’t position yourself directly over a boiling kettle.

Yes, claiming that a good steam can balance your hormones is ridiculous. Hormones are produced by organs, such as the brain or ovaries, and travel in the bloodstream. Steaming the vagina cannot impact hormone levels. But if the yogafied modern wellness obsessive wants to awaken her inner goddess by stirring calendula (anti-inflammatory), motherwort (tonifying), and oregano (antiseptic) into a bowl of hot water and sit on it, or pay a spa for the privilege, who are we to stand in her way?

Frankly, a warm fragrant misting of the lady parts is well down on the list of outlandish treatments I’ve encountered across years of beauty writing. Women slather their faces in bird shit (brightening) or have blood extracted from their arms and reinjected into their face (collagen boosting). The slimy trails that snails leave as they slide across your face are said to contain nutrients, antioxidants, and hyaluronic acid.

As leeches suck on your skin, they release an enzyme that promotes blood flow and purportedly treats everything from migraines to infertility. For a fire facial, therapists soak towels in alcohol, apply them to your face and then set them on fire. This allegedly combats wrinkles, sagging and fat — the flames are put out when they become unbearable.

Point is, you can read about these outré treatments in leading magazines and no one thinks to file a lawsuit. It’s just Plum Sykes extolling the edifying effects of saline laxatives and electrolysis foot baths for Vogue. The wellness pampering of the well-heeled woman — that’s all. No one’s flagging down the FDA.

Perhaps it’s the vagina thing with Paltrow? So much vagina! The jade eggs, the steaming, the scented candles. Ah yes, the candles. A “sophisticated blend of geranium, citrusy bergamot and cedar absolutes juxtaposed with damask rose and ambrette seed,” Paltrow’s “This Smells Like My Vagina” (CAD$90) candle immediately sold out. Then sold out again. And again.

Instantly polarizing — just another example of her self-involvement/privilege/hubris! — the  candle actually started out as a joke she made while high on mushrooms. One that she and her team thought was so hilarious they went with it. She added that, since there was a “certain degree of shame” about female genitalia, she thought it was “subversive” and “punk rock” to produce such an audacious, boundary pushing product. The take away? Paltrow’s a super fun boss with a great sense of humour giving a witty — and ballsy — middle finger to tired tropes about how vaginas “smell.” I’d order a dozen.

On which note — more vaginas! — Episode 3 of Paltrow’s informative and entertaining six-part Netflix series, The Goop Lab, which explores everything from psychedelics to energy work, is the most straight up, shame-free demystification — nay, celebration! — of the vagina, in all its grand diversity, that I’ve ever witnessed in mainstream media. Every woman should watch it.

Maybe it was the “consciously uncoupling?” Paltrow revealed her split from Cold Play’s Chris Martin in 2014, highlighting the therapeutic system developed by Dr. Habib Sadeghi, which views both individuals as partners in each other’s spiritual progress and aims to replace the animosity of the traditional, contentious divorce with new more thoughtful approach to separating. Paltrow would expound further in a 2020 essay for Vogue. It was openness she later came to regret, given the the derisive, headline-making hype that followed. Though she was later able to laugh it off (“we broke the fucking internet”). But what was all the mocking vitriol really about? Phrasing. Semantics. What she was advocating for was respectful parting of the ways, especially as people who had to carry on co-parenting children. Nothing wrong with that.

Well, first of all, she’s wealthy and her core target market is herself, and wealthy women like her. She’s also on-trend, with great taste and up and down the price ladder, with lots of insider, obtainable luxuries. Can’t afford a seat on a rocket ship? You’ll find the new false lashes from style guru Jenna Lyons ($31), chic summer sandals ($235), elegant cocktail glasses ($12), sets of artsy cheese knives ($110) and, yes, reasonably priced vibrators ($70).

So, what if she also sells wildly costly things? So do Chanel and Vuitton, and no one complains about that. I can also attest, as a travel writer, that her online travel guides are very good — and absolutely free. And the recipes and home decor is equally well-edited.

What’s not to love?

For Gwyneth Paltrow, Blythe Danner and GoopBeauty, Aging Is a Family Affair

Above the Mask: Innovative Eye Creams For Her and Him