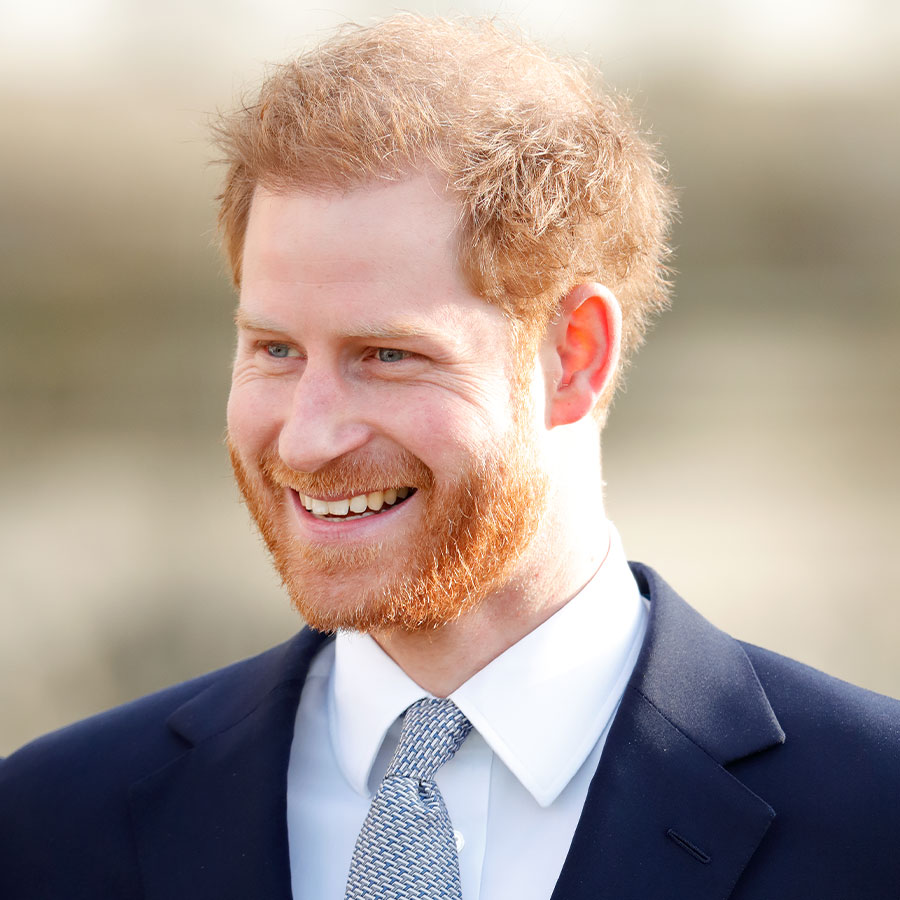 As Prince Harry turns 37 today, his second birthday celebrated in America, his uncle Prince Andrew, also a second son, is under fire again. Dodging service of court papers in a civil sex abuse lawsuit filed in New York, Prince Andrew looks like quite the cowardly schmuck, indeed. By contrast, Harry’s birthday celebrations included the cover of Time magazine. He and wife Meghan were pictured on the cover of the 100 most influential issue, a feat that is considered the top of the mountain of success in American life.

Now that Harry is cozily ensconced in his new life with Meghan and Archie and Lily in their Montecito compound, perhaps it is time to look at the life choices of second sons, as the two royals’ trajectories have been tied recently, in a temporal sense at least. In comparison to his Uncle Andrew, Harry has taken the high road in carving out a new life for himself.

Both Andrew and Harry are second sons, “spares” in monarchy parlance. Their older brothers Charles and William, respectively, had clear-cut career paths — destinies, really. But as second sons, Andrew and Harry enjoyed some of the perks of royal life — big royal weddings and cheering crowds being chief among them — but for each of them royal life would be a process of diminishing returns. As Charles, and then William in his turn, rose in the hierarchy — they kept having adorable children who drew the limelight — the sun shone less on their younger brothers. Both Andrew and Harry enjoyed military careers and active duty service, but when it came to career-building opportunities within the palace power structure, their fates were always to be in a shadow.

The saga of Andrew and his legal woes has taken place in pretty much the exact time period as Harry and Meghan’s very public — and to Andrew’s benefit, distracting — leave-taking of royal life. The Andrew drama hit its peak in November of 2019 with his BBC Newsnight interview about ties to pedophile financier Jeffrey Epstein and the underaged American woman, Virginia Giuffre Roberts, who has accused Andrew of sexual assault. Andrew of course behaved the buffoon under the pressure of questioning, making his situation untenable — and the palace’s response inevitable.

Thus, we had Andrew stripped of his royal duties — though notably, not his titles, in response to the legal peril he had brought upon himself — just as Harry went through the series of January  2020 summits with the Queen, his father and his brother, to negotiate the fate of the Sussexes.

A lot of what happened next for Harry was messy: as the pandemic raged, he and Meghan left for Vancouver Island and then secretly away to Los Angeles. Relations with the Royal Family went from chilly to frozen as the Sussexes set up for their big Oprah interview. Public recriminations (or at least rumours thereof) got ugly, and confusion reigned around different understandings of what service to the Crown actually involved. Recollections of events during the Sussexes’ time as senior working royals, to paraphrase the Queen, may vary. The Oprah interview was seen as an over-the-top “woke” own-goal error in Britain, though it was likely devised, from a PR standpoint, to speak more directly to the American audience that was their new market target. In the U.S., the interview played well as a brave couple standing up for their rights and freedoms, in a land where those words have very different meanings. After all, the Sussexes, now with no support from the monarchy, do depend on the mega deals they have signed with American media giants Netflix and Spotify, among the many and varied partnership deals they have signed in remarkably short order.

Prince Andrew, for his part, kept a low profile. Again, the focus on Harry and Meghan post-Oprah helped his cause. He had one daughter marry, another daughter have a baby, with another grandchild on the way any day now. Fergie, a newly minted adult romance novelist, has been loudly and proudly standing by his side. There is even talk of the Yorks — who cohabitate at Royal Lodge despite having been divorced since 1996 — remarrying. The cynical among us might suggest that this is because she then can’t testify against him in an American court, were that to become necessary.

But now, as summer turns to fall and all the hubbub around Harry and Meghan naming daughter Lilibet Diana after the Queen’s private family nickname —with maybe the Queen’s permission, maybe not — the glare of the spotlight returns to Andrew as Virginia Roberts’ lawyers tried to serve Andrew with legal papers. (The British High Court today announced it would facilitate the service of said papers to the prince.) The high-powered British lawyers Andrew has hired have tried to grandstand here — filing motions that the papers were somehow not validly served, ignoring court dates — all of which is not a good look for a prince who keeps saying aloud how much he would like to co-operate with investigations to clear his name. He even went to Balmoral a second time in the middle of this mess, leading the British press to say he was “hiding behind his mother’s skirts.” Again, not an honourable look.

Meanwhile, it casts Harry in a different light. Now that their revenue stream is in place, Harry and Meghan are free to go back to what they seem to really want to do, which is to make a difference with their charitable commitments. For her 40th, Meghan launched a 40×40 campaign to get women to volunteer to mentor other women for 40 minutes, starting with her famous friends. Harry this past week was invited to join Dr. Jill Biden for a virtual event about Warrior Games, a project that aligns with his primary mission — Invictus Games — and in an area he has a deep personal connection to due to his decade of military service.

As seen beside the life Andrew has led — a rather dissolute one hanging around and cadging private jet rides and fancy holidays with random, dodgy, ultra-rich benefactors, and sucking at the public teat on a series of jumped-up trade mission posts that earned him the sobriquet Air Miles Andy — Harry’s choices as a second son now seem quite admirable.

Royal life is filled with ethical minefields: Prince Charles this past week has himself been battling a cash-for-influence scandal surrounding his longtime aid Michael Fawcett and dubious Saudi businessman seeking titles and passports in return for donations to Charles’s pet cause, the restoration of one of his many, many homes, Dumfries House in Scotland, among other Prince of Wales charities. Andrew and Sarah have been stung by these sorts of greed traps many times; even the Countess of Wessex, now the Queen’s close confidant, was involved in an access scandal years ago.

In many ways, Harry and Meghan have chosen to live with their dealings —warts and all — now completely out in the open: you can’t be accused of cheating in America, it is just known as capitalism and it is much admired on this continent, especially in Hollywood.

Andrew and Harry were faced with the same hand of cards in life. Harry, inspired and encouraged by an American career woman with fire and drive, went to find freedom from the Royal Family. His life will now not be in the shadows. Andrew’s life will now never be clear of the very dark clouds gathering around his head, no matter which palace he chooses to skulk inside.

So Happy birthday to Prince Harry and congrats to both the Sussexes on their Time triumph. There is much to celebrate: Harry’s prospects and future look very bright, indeed.