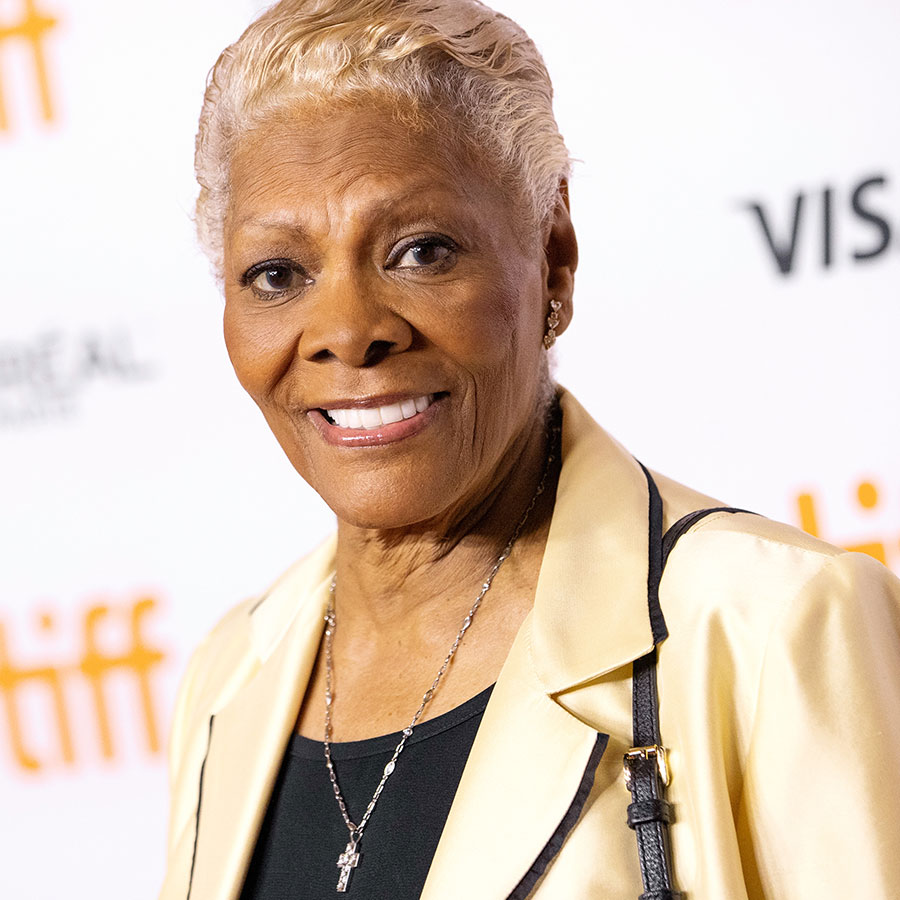 Dionne Warwick, 80, seen here attending the 'Dionne Warwick: Don't Make Me Over' premiere at the 2021 Toronto International Film Festival, has amassed over 570,000 Twitter followers since joining the app in 2012. Photo: Emma McIntyre/Getty Images

Five-time Grammy-award winner Dionne Warwick has earned the title of Twitter Queen, and the music legend isn’t afraid of wielding the power the position affords.

This week, the 80-year-old  legend weighed in on the case of Taylor Swift’s missing red scarf which, according to the pop star’s 2012 song “All Too Well,” her ex-boyfriend (rumoured to be actor Jake Gyllenhaal) allegedly failed to return after their breakup.

In the song, Swift sings, “And I left my scarf there at your sister’s house / And you’ve still got it in your drawer even now.” She performed the new version, which includes extra lyrics that extend the track to 10 minutes, on Saturday Night Live this past weekend.

“If that young man has Taylor’s scarf he should return it,” Warwick tweeted Monday before doubling down on her support of the artist in the same thread.

“It does not belong to you. Box it up and I will pay the cost of postage, Jake,” she added.

Swift recently revived the mystery surrounding the missing scarf with the release of Red (Taylor’s Version), a re-recording of her 2012 album Red, which includes the hit as well as another obvious missive to an ex, “We Are Never Ever Getting Back Together.” The singer is re-recording her previous works in an attempt to replace a catalogue of hits that were sold when her former music label was bought in 2019 and the rights to songs subsequently sold off.

Swift herself has never confirmed Gyllenhaal as the subject of the song. Meanwhile,  the actor’s sister, actress Maggie Gyllenhaal, said she was “in the dark” about the item when asked in a 2017 interview with Watch What Happens Live.

Regardless, if Swift is still holding out hope for the scarf’s return, Warwick’s sway in the Twittersphere outside of the pop star’s usual flock of “Swifties” may prove an invaluable weapon.

Even big brands have latched on to Warwick’s hot take in hopes of capitalizing on some of the star’s pull, including offers from UPS to pay the shipping for the scarf’s safe return and athletic brand Champion to custom make a replacement scarf.

It’s likely a welcome sign for Warwick, who’s keen to break into the influencer market.

“If these youngsters can secure brand deals, so can I,” she wrote in the caption of a video post pinned to the top of her Twitter page. “Nobody asked for this, but here is my audition tape for @Oreo, @Popeyes, @BushsBeans and @Hellmanns.”

“All these children, babies, youngsters are grabbing all these wonderful commercials,” she notes in the audition video, which you can watch below. “Now wait a minute, something’s wrong with this picture. Why aren’t these brands coming after people with my age demographic?” she asks before launching into an honest endorsement of each product, including Hellmann’s mayonnaise, which she once threatened to block on the social media platform for suggesting customers try the sandwich spread in their coffee.

“I use mayonnaise, I do, but I don’t and won’t ever think about putting it in my coffee,” she says of the bizarre combination in her endorsement. “No, that’s kind of dumb.”

Considering her pull with her own generation as the prolific singer behind classic hits including “I’ll Never Love This Way Again” and “That’s What Friends Are For” and her newfound popularity among younger Twitter followers who lovingly refer to her as “Auntie,” the title of “influencer” is a natural fit for the music legend.

Of course, she didn’t set out to achieve social media stardom when she signed up for Twitter with the help of her niece back in 2012. Her massive following of over 570,000 fans is simply a product of her unbridled positivity and joy.

Whether it’s reaching out to a fellow celebrities to wish them well, or questioning hip hop’s brightest stars on their choice of name, Warwick provides a little levity in a place where it’s sorely needed — which, evidently, was one of her goals going in.

“I wasn’t too happy with what these babies were saying — and that’s what I still call them babies — because they beat and cursed each other,” she told Our Kinship of what she witness on the app before she joined. “I said wait a minute, something has to be done about it.”

The Twitter Queen has provided some hilarious social media observations during her reign.

In a 2020 viral tweet, she asked Chance the Rapper what everyone was likely wondering, but never thought to ask:

“If you are obviously a rapper why did you put it in your stage name? I Cannot stop thinking about this,” she said in a tweet to the artist.

Playfully trolling the rapper in another she said “I am now Dionne the singer.”

For his part, Chance — as Warwick would rather call him — was just happy she knew his name at all.

“Sorry I’m still freaking out that you know who I am. This is amazing!” he replied. “I will be whatever you wanna call me Ms Warwick. God bless you.”

After her exchange with Chance the Rapper, Warwick moved on to Canadian singer The Weeknd, warning Twitter that “if you have ‘The’ in your name I’m coming for you.”

“The Weeknd is next. Why? It’s not even spelled correctly?” she asked.

And even as a novice Twitter user, Warwick was all about spreading the love. In an early tweet from the singing icon, she asked her followers how to reach out to Taylor Swift.

“I want to tell her I hope that she’s having a good day and keeping her head high,” she explained.

After figuring out how to tag a fellow user, she received a reply from the pop star.

“I just saw that you tweeted me!!” Swift tweeted her back. “I’m a huge fan and I respect you so much, thank you for wishing me well. I hope you have a wonderful holiday season, thank you for spreading joy.”

Meanwhile, Facebook’s company name change to Meta sparked a multitude of memes, but it only took Dionne Warwick two tweets to bring the high powered tech company back down to earth.

When the company expressed excitement about strolling through the metaverse — an immersive digital world the tech giant plans to develop in the coming years — she couldn’t help herself.

“What?” she said in a reply to the tweet, adding in another “I still call it ‘Book Face.'”

There’s taking a joke in stride, and then there’s what Warwick does. After her frequent use of Twitter landed her on an SNL sketch where she was played by Ego Nwodim, the singer took to the social media platform to thank the show for “a hilarious birthday gift.”

“That young lady’s impression of me was very good,” she added.

This month, Warwick even stopped by the set herself, sitting down for an interview with Nwodim’s Warwick.

“I’m so excited for you that I’m here,” Warwick quips, showing off the comedy chops often on display in her tweets.

“Dionne, why are you perfect?”  Nwodim’s Warwick asks the real star.

The sketch then ends with the pair performing a duet of the Grammy winner’s 1966 hit song “What the World Needs Now Is Love.”

And while Warwick’s open invitation for endorsement deals was made with tongue firmly in cheek, the entertainer might actually have stumbled onto her next act.

Among brands that have expressed interest are Hellmann’s — coffee faux pas not withstanding — Burger King and Oreo showed how serious they were by mocking up a photo of an Oreo package bearing her photo.

“We don’t even have to watch the audition, we’re in,” the company tweeted.

I promise I won’t choose a weird flavour,” Warwick replied. “Have your people call my people.”

The singer even threw up a Twitter poll asking her followers if they’d like to see a Dionne and Oreo collaboration.

The poll, however, was a tad biased, with Warwick forcing respondents to choose between a standard “Yes” or “No, I hate nice things.”

Cottagecore: Meet the Influencers and Entrepreneurs Taking the Nostalgic Trend Into the Age of Social Media

Helen Mirren On Her Social Media Appeal and Embracing Your Age