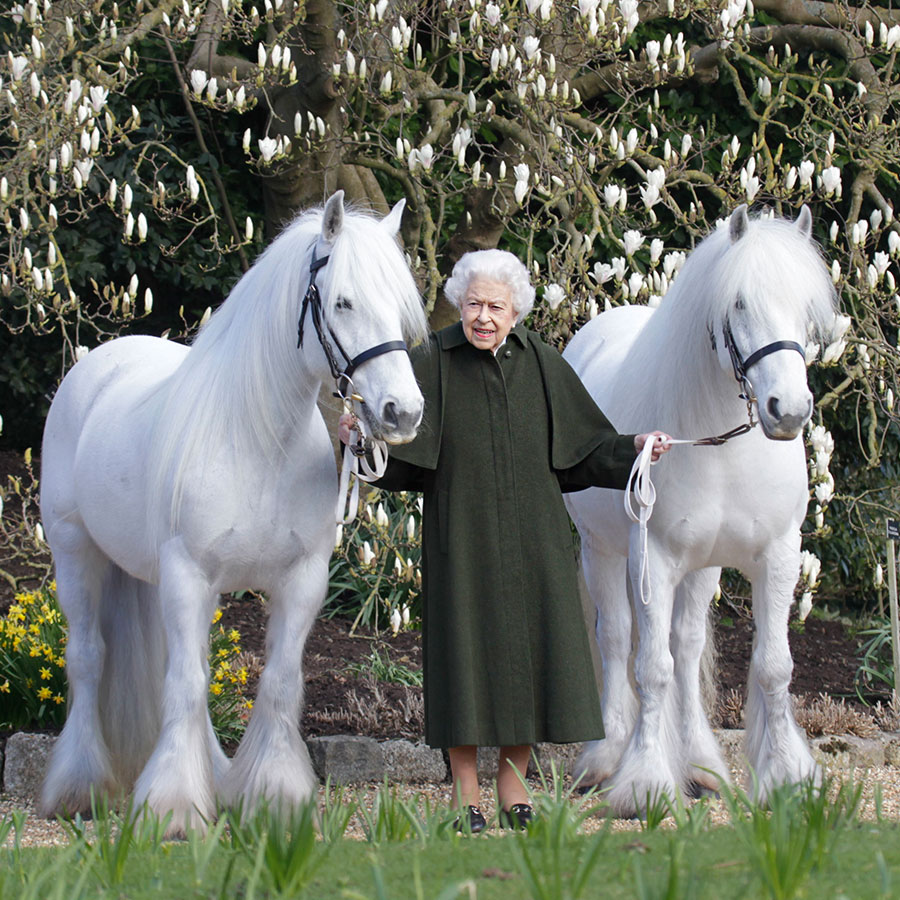 The Royal Family marked Her Majesty's 96th birthday with the release of a new photo of the Queen with her fell ponies on the grounds of Windsor Castle. Photo: henrydallalphotography.com/Royal Windsor Horse Show via AP/Canadian Press

Queen Elizabeth celebrated her 96th birthday at her Sandringham estate on Thursday as gun salutes rang out across London and Windsor and military bands played “Happy Birthday.”

Britain’s longest serving monarch, who celebrates a historic platinum jubilee this year, was pictured with two white ponies in a photo released for the occasion.

Government ministers joined members of the royal family in sending their best wishes to the queen, who has stepped back from most public duties this year over concerns about her health.

She has travelled from Windsor Castle, west of London, to spend her birthday at her estate in Sandringham, Norfolk.

“An inspiration to so many across the UK, the Commonwealth and the world, it’s particularly special to be celebrating in this Platinum Jubilee year,” her grandson Prince William and his wife Kate said on Twitter.

Prime Minister Boris Johnson, who is visiting India, wished the queen a happy birthday and paid a “heartfelt tribute” to her “70 years of dedicated and faultless service to our country and the Commonwealth” in a video message.

Toymaker Mattel launched a commemorative Barbie doll of the Queen dressed in an ivory gown with a blue sash and wearing her wedding tiara to mark the jubilee.

Elizabeth became the Queen of Britain and more than a dozen other realms including Canada, Australia and New Zealand on the death of her father King George VI on Feb. 6, 1952, while she was in Kenya on an international tour.

The news was broken to her by her husband Prince Philip, who died last year aged 99 after more than seven decades by her side.

Elizabeth has largely avoided the public spotlight after spending a night in hospital in October for an unspecified ailment and being ordered to rest. She tested positive for COVID-19 in February and has said she was left very tired.

She has missed events including the Remembrance Sunday gathering and Easter service, but she joined other members of her family and dignitaries at a memorial service for her husband at London’s Westminster abbey last month.

Tributes continue to pour in for Her Majesty from members of the royal family, world leaders and admirers from around the world.