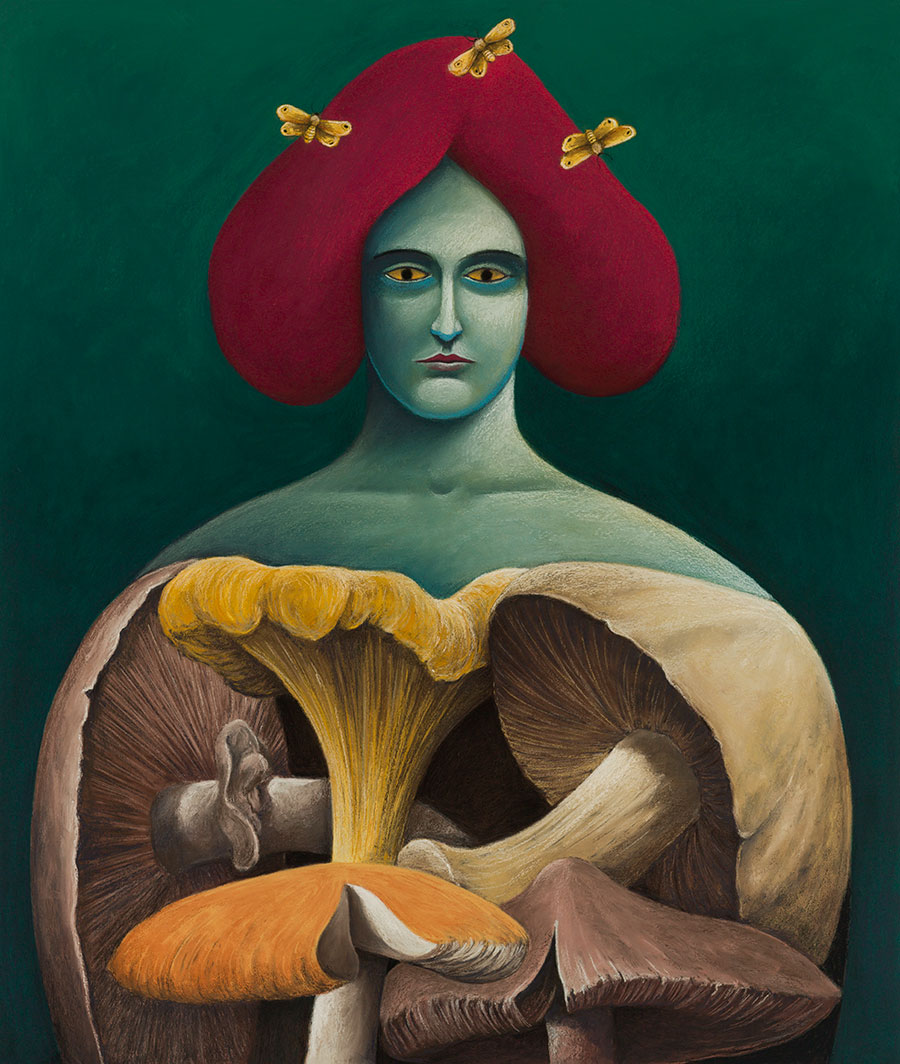 As we emerge from many pandemic-related restrictions, new art exhibits and immersive experiences are popping up across Canada, like this ‘Portrait with Mushrooms’ by Nicolas Party. Private Collection. © Nicolas Party. Photo: Adam Reich

Right before the word Omicron entered our lexicon last fall — and everything shut down again — I attended Immersive Van Gogh in Toronto, my first ticketed event since pre-pandemic times.

As Van Gogh’s sunflowers washed over me, I felt a sense of inspiration that you can only get from viewing art in person.

And now, as we emerge from many pandemic-related restrictions, new art exhibits and immersive experiences are springing up across Canada just in time for the warmer weather. Here’s what we’re most excited about.

Three artists met on the counterculture scene of the ’60s, creating General Idea — a fictionalized personality that took on everything from the pharmaceutical industry to the AIDS crisis to social inequity. Together, Felix Partz, Jorge Zontal and AA Bronson created more than 200 works over 25 years — dressing as poodles and turning AIDS drugs into pop art — with thought-provoking messages that still resonate today. This exhibit explores their early days during the ’60s, through to the acclaimed IMAGEVIRUS series of the late ’80s, with installations, videos, drawings, paintings and sculptures.

George Clutesi (1905-1988) made his mark on the art scene at Expo 67 and became one of the first Indigenous artists to mount a solo show at the Vancouver Art Gallery. This retrospective of the pioneering Nuu-chah-nulth (Nootka) artist and cultural activist from Tseshaht First Nation features 20 works of art, including drawings, oil paintings and linocut prints from the early 1940s to late ’70s. The title of the show, which translates to “keep/protective, generous, talented, strong willed and treasure,” reflects Clutesi’s life and work as well as his ongoing legacy as an artist, educator and activist. The exhibit — assembled with the help of the Clutesi family — will also feature works from contemporary Nuu-chah-nulth artists.

Swiss-born artist Nicolas Party is known for his surreal paintings, sculptures and installations. Whether landscape, portrait or still life, his colourful art is fantastical, like a human turning into mushrooms or fruit gathering like animals. The MMFA is presenting more than 100 works by this celebrated international artist — including 20 recent works that have never before been exhibited — as well as a series of large-scale temporary murals created in oil pastels. This creates a dreamlike experience for the viewer, as the museum’s gallery walls become a canvas for Party’s imagination.

You don’t have to leave the country to visit the Sainte-Geneviève Library in Paris, the Hasedera Temple in Japan or the Vasconcelos Library in a dry riverbed in Mexico. Library at Night is an immersive virtual-reality journey that whisks you away to 10 iconic and mythical libraries, spanning time and even reality. You’ll step into Captain Nemo’s library aboard the Nautilus from Jules Verne’s Twenty Thousand Leagues Under the Sea, as well as Egypt’s Alexandria Library — both past and present. Created by Robert Lepage and inspired by Alberto Manguel’s book of the same name, Library at Night uses VR technology — paired with the idea of “night” — to experience the libraries of the world in an entirely new way.

Don’t Ask Me Where I’m From

This travelling exhibition of works by second-generation immigrant artists explores what it’s like to live between different cultures and to navigate the dynamics of a hybrid identity. Jointly created by Fondazione Imago Mundi and the Aga Khan Museum, Don’t Ask Me Where I’m From features works by 15 artists, including eL Seed, Farihah Aliyah Shah and Shinpei Takeda. These works tell stories of immigration, settlement and integration — and the challenges that arise when trying to bridge the culture of their home country with that of their parents.

After an extended tour in Europe (thanks to the pandemic), the Canadian impressionists are back in Ottawa. With more than 100 works by 36 artists from the 19th and 20th centuries — including Helen McNicoll, Maurice Cullen and James Wilson Morrice — you’ll learn about Canada’s contribution to impressionism, as well as our unique challenges (Morrice said it was difficult to work in sub-zero weather because the paint became stiff and unworkable). This exhibit features seven thematic sections, from the Barbizon school to early post-impressionism, and reveals how impressionism ushered in new ways of seeing life in Canada.