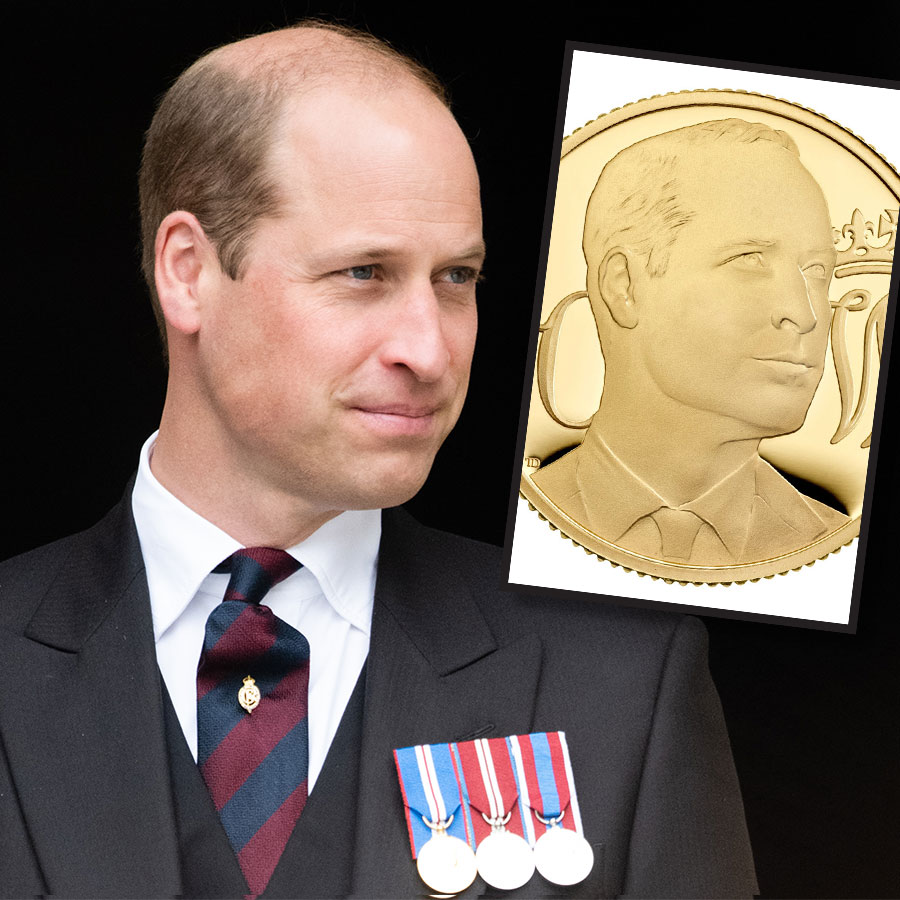 The Duke of Cambridge will celebrate the milestone on 21 June and in honour of the occasion, the Royal Mint are issuing a £5 gold coin, the first time William has appeared alone on an official U.K. coin.

The depiction of William on the coin appears to have been based on a photo taken at the U.K. Ambassador’s residence in Amman, Jordan, at the Queen’s Birthday Party in June 2018, and has been crafted by engraver Thomas T. Docherty.

The engraver said the coin’s design “strikes a balance between the fresh energy of His Royal Highness being a young dad with the ceremonial nature of his royal position”.

He added: “A three-quarter angle of the portrait creates a more dynamic portrait rather than a traditional side-on profile.

“I used certain clay sculpting techniques on a digital platform to achieve the style needed for the design, to translate effectively from two to three dimensions.”

The prince — who has three children with wife Catherine, Duchess of Cambridge — appears in three-quarter profile gazing up to the top right of the coin, with the number 40 to his left and ‘W’, his royal cypher, to his right.

The other side of the coin will feature his grandmother, Queen Elizabeth and a simple inscription on the edge will read: “HRH The Duke of Cambridge”.

Clare Maclennan, who is the director of commemorative coin at the Royal Mint said: “[The coin] pays homage to the maturity and grace of the Prince who has become a senior member of the Royal family, a devoted husband and a loving father of three”.

Alongside the £5 coin, a limited-edition two-coin set will also be released, featuring a 0.25oz gold celebration coin and a sovereign coin from 1982, the year the prince was born.

William previously appeared on an official U.K. coin alongside his wife when a commemorative piece was issued to mark their marriage in 2011.