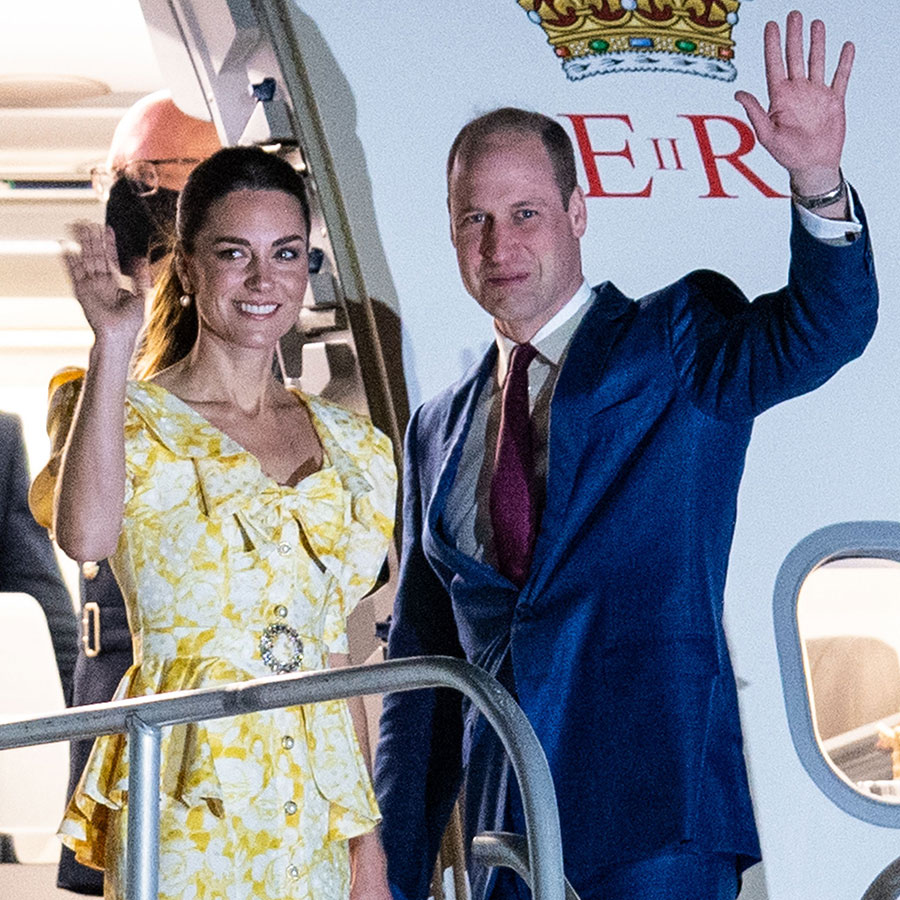 Catherine, Duchess of Cambridge and Prince William, Duke of Cambridge during the departure ceremony at Lynden Pindling International Airport on March 26, 2022 in Nassau, Bahamas, at the end of their eight day tour. Photo: Chandan Khanna/AFP via Getty Images

Prince William has said he supports and respects any decision Caribbean nations make about their future, as Belize, the Bahamas and Jamaica consider cutting their ties with the British monarchy.

At the end of a tour with his wife Kate that has been marked by protests about the legacy of the British Empire, William, Queen Elizabeth’s grandson, acknowledged the relationship between the three Caribbean states and the Crown was changing.

“Next year, I know you are all looking forward to celebrating 50 years of independence – your Golden Anniversary,” he said in a speech in the Bahamas capital Nassau.

His speech is the clearest indication the royal family would back the three nations ditching the queen as their head of state, echoing the decision taken by Barbados last November.

Usually, Buckingham Palace says such matters are for the local people and politicians to decide.

During her 70 years on the throne — a landmark that the tour was to designed to mark — Elizabeth has watched as former British colonies have cut their ties, but she remains Queen of 15 realms, including Australia, Canada and New Zealand.

Waning Support for the Monarchy

However, the tour by William and Kate, the Duke and Duchess of Cambridge, has thrown a spotlight on the waning support for the monarchy in the Caribbean. During the trip there have been protests and calls for reparations payments by Britain and an apology for slavery.

Meanwhile the Jamaican Prime Minister Andrew Holness told William directly at a meeting on Wednesday that his country wanted to be “independent”.

Some British media have also criticised public relations mistakes which have seen the royals shaking hands with Jamaican children through wire fences and other appearances, described as “tone-deaf” blunders by the Daily Mirror tabloid because it said they appeared to be a throwback to colonial times.

The tribulations of the tour have reflected wider questions about the role and future of the royals back in Britain following the scandal of a U.S. sex abuse lawsuit involving the queen’s second son Prince Andrew – settled last month – and criticism of the institution from William‘s younger brother, Prince Harry.

As Will and Kate Leave the Caribbean, Acknowledging the Horrors of Slavery Can’t Calm Anti-Monarchist Headwinds