A Farewell to ‘Peaky Blinders’ and a “Peek” of the Black Country, West Midlands, England 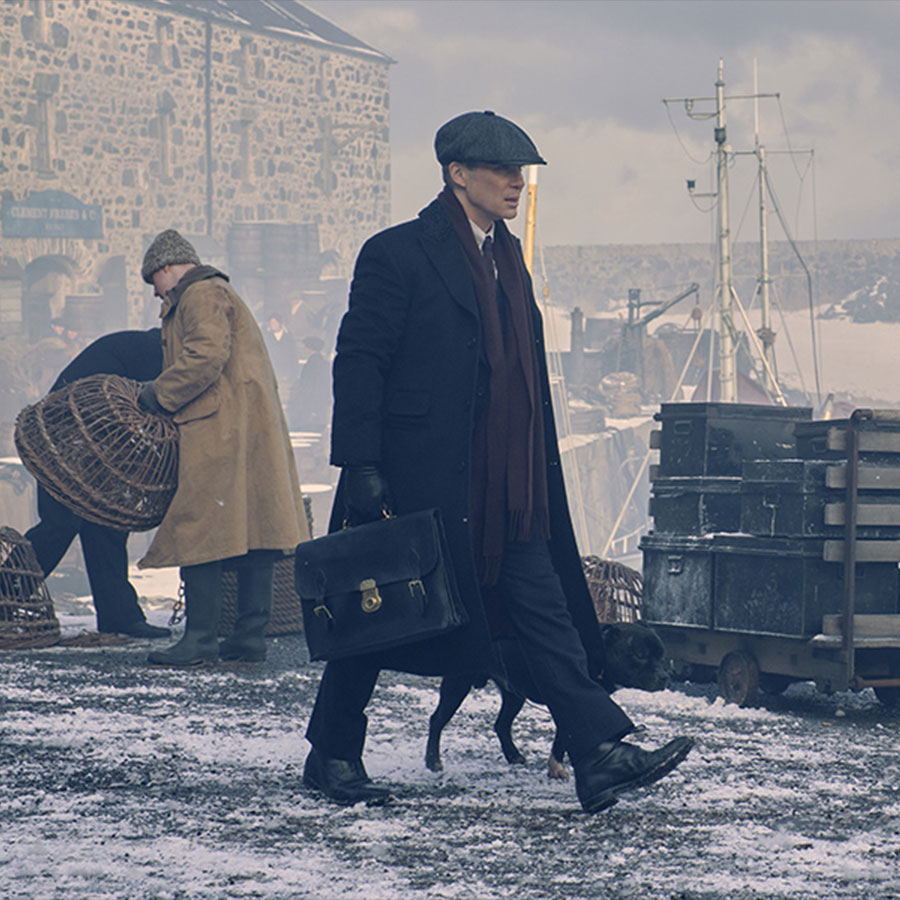 Cillian Murphy as Tom Shelby in 'Peaky Blinders', seen here walking the streets of Birmingham, where the show is filmed. Photo: Matt Squire/Netflix

Just outside Birmingham, or Brum, as the locals call it, is Dudley and the home of the Black Country, a suburb named so for its coal mines. More recently, however, this market town in the West Midlands of England has gained notice as the place where much of the hit Netflix drama Peaky Blinders is filmed (Liverpool also stands in for some scenes) — not on a soundstage somewhere on the outskirts of London, England.

It’s actually at the Black Country Museum, a living, open-air collection of buildings, automobiles, mechanical and smithing equipment, and tools and more, some preserved and restored from the industrial age of the late 1800s through the early 20th Century to the First World War era — the same period Peaky Blinders takes place. Rather than docents, the museum is staffed by actors of its own, dressed in period costume and channelling the citizens of the town of the day. When we visited, it was close to Christmas and we were absorbed in the decidedly Dickensian vibe.

It was here in the Black Country that the first steam engine was built, sending the first steam train to make tracks in America, and the Titanic’s anchor was crafted in the iron works, among many other industrial milestones.

The show follows the Shelby family and their gang, the Peaky Blinders, an organized crime mob headed up by war veteran Tommy Shelby (played by Irish actor Cillian Murphy). It’s almost totally shot in and among the aging buildings and the canals of the museum grounds, lending an even greater authenticity because the civic pride of the characters features as the backdrop, and is essential to what gives the show its gritty realism.

Helen McCrory (well-known for her role as Narcissa Malfoy in the Harry Potter films), passed away last year after a battle with cancer, but as the family matriarch, Polly, she shines like she was born of the Roaring Twenties. A masterclass in acting with her eyes, McCrory is incomparable as is Murphy. Among the ensemble cast, Tom Hardy and Anya Taylor Joy also take standout turns in minor but integral roles.

And the “blinders”? The gang’s name comes from the fact that they sew razor blades into the peaks of their caps, and will brandish them as a weapon raking their foes’ eyes without prejudice.

With the series coming to its conclusion this season, interest is, well, peaking — for the authenticity of the locations and for the fact that Birmingham, known as England’s second city, is also hosting the Commonwealth Games this summer. There’s talk of a film coming next year, but the release date is yet to be announced.

But the Peaky Blinders “set” will live on as a destination in its own right. The 26-acre museum has been so well-preserved, the government is investing to bring some of the buildings up to a more modern speed, circa 1960, when the last of the coal mines was shuttered, keeping the history alive through the last century, yet adding a more recent living mode to the area. The canals, which also feature prominently in the series, are a natural marvel and, with a network of 56 km of historic waterway, still act as transport — and tourist attraction via narrowboat cruises — to many parts of Birmingham and beyond.

Editors Note: We will be bringing you more from Birmingham, and the Commonwealth Games in our July Travel newsletter. (If you aren’t already subscribed, you can do so here.)