‘Now, Voyager’ at 80: How Bette Davis’ Inspirational Role Echoed Her Own Late-in-Life Comeback 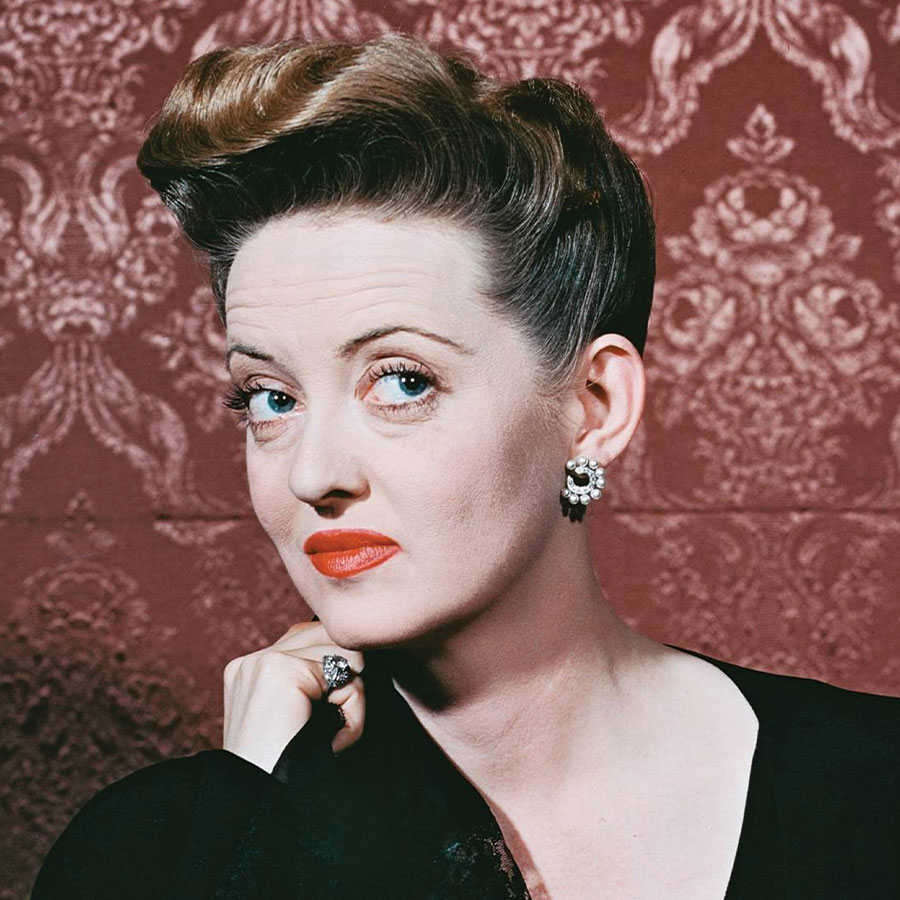 Bette Davis in a scene from 'Now, Voyager', 1942, which premiered 80 years ago. In the film, Davis' character gains a sense of courage and determination to reclaim her life — a sense of resolve that was reflected in Davis' real life decades later, following a catastrophic health setback. Photo: Donaldson Collection/Getty Images

Filmgoers saw a different side of Bette Davis 80 years ago this past October.

Donning a dowdy housedress and an outdated hairdo, the legendary actress found new vulnerability as Charlotte Vale, the heartbeat of the 1942 classic Now, Voyager — released widely on Oct. 31, 1942 — a role that garnered her an Academy Award nomination.

Beginning the film as a young Bostonian woman browbeaten by her tyrannical mother (Gladys Cooper), Charlotte undergoes a metamorphosis under the guidance of a psychologist (Claude Raines), as well as a star-crossed lover (Paul Henreid), which allows her to discover her own identity and the strength she always had to lead a life of her own.

Based on a book of the same name by Olive Higgins Prouty and directed by Irving Rapper, the evergreen story of finding the confidence within continues to find a place in the hearts of audiences and film buffs alike.

“People need that boost of confidence and beyond anything that is what the film is about,” says author and Bette Davis scholar Martin Shingler. “Once you believe in yourself and can build confidence in what you’re doing, you can do anything. You can be among any kind of people, you can travel anywhere, you can have a love affair, but if that confidence has been stifled out of you throughout most of your life, and you have been systematically undermined, there’s no life for you to live.”

Charlotte Vale’s journey on screen first struck a chord with Shingler as a young gay man struggling to come out. He says he felt the character’s challenge in finding confidence in his own attempts to assert himself — a powerful feeling for a 20-year-old.

“Seeing someone who struggles emerge so strong and resilient is a really powerful, positive message,” he says.

Sermak, 66, comes into the film conversation from a different perspective. A friend of Davis’ rather than a fan — as well as one of the executors of Davis’ estate and the co-founder of the Bette Davis Foundation — she recently re-watched Now, Voyager and says she was struck by many similarities between her boss and the character she played.

Sermak first entered Bette Davis’ world in 1979 when the actress took a chance and hired the 23-year-old as her assistant. Davis, then 71, had an instant rapport with the woman and a mentorship relationship soon developed.

“Miss D. was someone for whom it didn’t matter what you said, it was what you did. You learned just by doing,” she recalls. “She was a woman of her word, the most honest person I ever met. She was a mentor to a lot of people and you could see it on set how she would take someone under her wing, but she would also tell you, ‘this was right,’ or ‘this is wrong,’ that there is a time for work and a time for play — and when you work hard you work hard and when you play you play just as hard.”

Like those who helped Now, Voyager’s Charlotte Vale, Davis opened up new doors for Sermak, instilled confidence and, over time, their dynamic transformed into something closer to a mother-daughter relationship. This was only heightened after Davis encouraged Sermak to spread her wings and take advantage of new career opportunities overseas.

But, in 1983, their relationship took a dramatic turn when Davis, then 75, had a massive, debilitating stroke, which left her fighting for life. Suddenly the mentee became the mentor as Sermak took on the tough role of helping the seemingly indomitable star back from the brink and, in the process, rediscover her trademark steely confidence both behind and in front of the camera.

“Once you have a stroke and you’re in a hospital 24/7 for three months, everything changes,” Sermak says. “You’re not the assistant anymore; you’re dealing with doctors and nurses, you’re trying to keep her dignity, and all of a sudden you’re fighting for her life. My job was no longer there. You become a nurse, a hairdresser, a zillion people.”

She adds that, at that time, the public wasn’t as aware of what it was like to experience a stroke. “But she fought, we both fought, and at a time when the attitude was you should never be seen again, she came back. That was the industry: they love you when you’re making money, but when you have a serious illness they just put you out to pasture.”

Sermak recalls Davis expressing the desire to die at that time, and said she understood the sentiment. “You had a great life, you got all the awards — I can understand now because I’m getting older, but I wasn’t going to let that happen.”

She didn’t let it happen. This steely resolve was needed even more when, in 1985, Davis’ daughter wrote a memoir detailing their life together. The words hit the actress like a gut punch and she was left at a low ebb. But, with Sermak’s help, she climbed back to the top of her game.

Davis, with Sermak close by, was back in front of the cameras by 1985 with the television adaptation of Agatha Christie’s Murder with Mirrors, co-starring fellow grand dame Helen Hayes.

Like Charlotte Vale, who emerged from her celluloid chrysalis in Now, Voyager through an elaborate and evocative wardrobe created by Orry-Kelly, which signalled the character’s newfound independence and rediscovered identity, Davis also found renewed outward vivacity thanks to Sermak.

“In the very beginning (of her career) she did her own clothes,” says Sermak of Davis, who compared herself to a “little brown wren” who “didn’t look like an actress” when she first came out to Hollywood in 1930. “When she saw how much I liked fashion, she said I could start shopping for clothes and buying the gowns, which I loved.

“When she walked into a room, it was like the parting of the Red Sea. I remember at the White House, she walked in and everything was silent and everyone made way. That happened a lot, but I never could understand why because I saw her day to day.”

Her new image was soon built upon by American fashion designer Patrick Kelly, with whom Sermak eventually came to work for after going out on her own.

“I went through a process where I didn’t want to tell people I worked for Bette Davis because I needed to know and get back to being me, and not be hired because I worked for Miss D. and all these things happened,” says Sermak. “Patrick hired me for me. I don’t think he even knew who Bette Davis was because it was Christmas when he said, ‘Bring Miss D. over’ and he almost fell over when it happened to be Bette Davis.”

A mutual admiration society quickly developed between the film star and the young fashion designer (who tragically died at only age 35 in 1990 from AIDS). Among the many pieces he created for the screen legend was a bright red suit for an appearance on The Late Show with David Letterman, appropriately adorned in question marks stitched together with buttons — which, along with bows, were a signature of Kelly’s designs.

“She came back with a force,” says Sermak of this time in their lives. “You could hear it in her voice. It was powerful.”

Reflecting on her recovery in her 1987 memoir, This & That, Davis credited Sermak with much of her success on that long road. But Sermak says she always knew her former boss was a fighter, whether it was for good roles, good causes, or her life.

Elizabeth Debicki Says Playing Diana, Princess of Wales, in ‘The Crown’ Reminded Her of Dark Side of Fame

“What Ever Happened to Baby Jane?” As the Film Classic Turns 60, Exploring the History of Hagsploitation Films