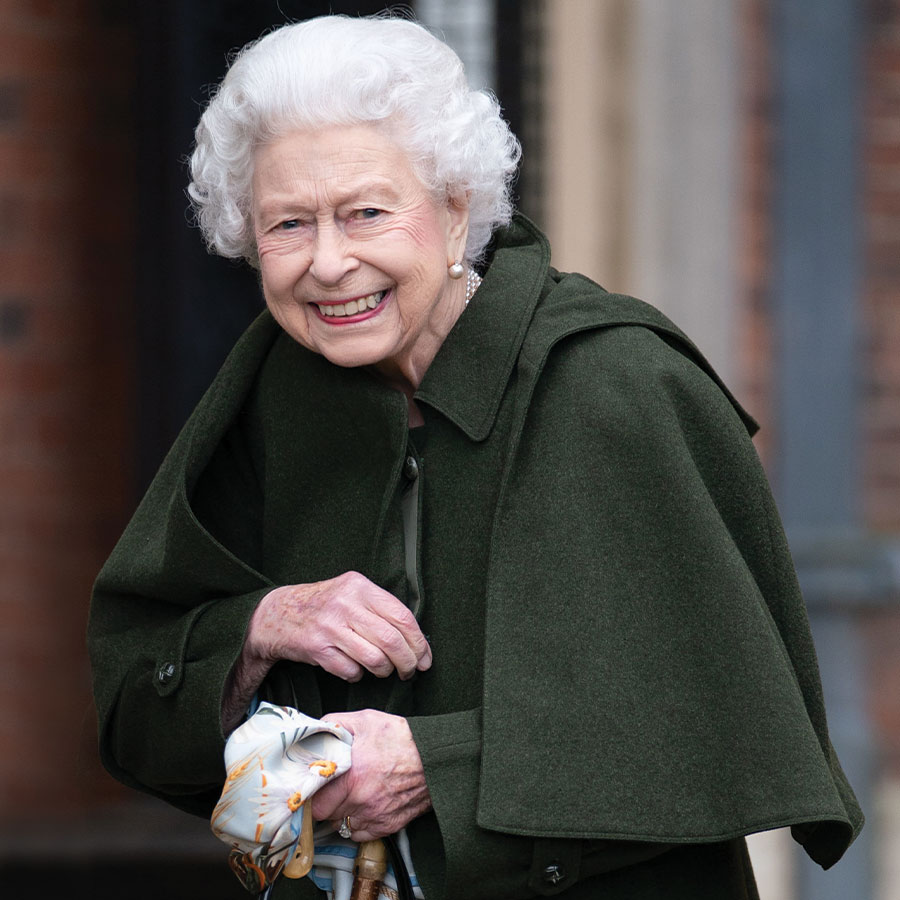 Queen Elizabeth will miss a planned virtual engagement on Tuesday (Feb. 22) because she is still experiencing mild cold-like symptoms after testing positive for COVID-19, a spokesman for Buckingham Palace said.

The palace announced that the Queen had tested positive on Sunday (Feb. 20) but was expected to carry on with light engagements, an indication that the world’s current oldest and longest-reigning monarch was not seriously unwell.

She sent a message of condolence to Brazil on Monday (February 21) to say she was deeply saddened by recent fatal floods, and was planning to go ahead with other virtual diplomatic audiences scheduled with foreign ambassadors, the palace said.

She will now decide nearer to the time whether to press ahead with further engagements this week, such as her weekly conversation with Prime Minister Boris Johnson on Wednesday (Feb. 23).

News of the positive test has sharpened concerns about the health of the monarch two weeks after she marked 70 years on the British throne.

The 95-year-old Queen, who has been fully vaccinated against coronavirus, quipped last week to Palace staff that she could not move much, and she spent a night in hospital last October for an unspecified ailment.

‘God Save The Queen’: Messages Pour In as Her Majesty Battles COVID

News that Britain’s Queen Elizabeth had tested positive for COVID-19 drew shock, concern and messages of goodwill from across the country on Sunday, with politicians and the public willing the 95-year-old to recover.

On a wet and blustery day, a few sightseers gathered at the gates of Windsor Castle where the Queen is receiving medical treatment for mild symptoms. Others went online to express support and message boards in the London Underground urged the monarch to “take it easy”.

Many said they were troubled by the news after the world’s longest reigning monarch pulled out of a number of high-profile events and spent a night in hospital last October, igniting fears about her health.

Julie and Rupert Wills, visiting Windsor to the west of London, said they loved the Queen “to bits”, with Rupert respecting her ability to just “quietly get on with” things. Sanil Solanki, 43, described her as the nation’s mother.

For 19-year-old Gerard Smith, the news had come as a shock. “Everyone loves her,” he said. “She can’t do wrong to anyone. She’s been there my whole lifetime and the lifetime of almost everyone. It’s sad to hear. Hopefully she makes it through.”

British Prime Minister Boris Johnson led the official response, saying he was sure he spoke for the nation when he wished the Queen a swift recovery and a rapid return to vibrant good health.

The U.S. Embassy in London sent best wishes. The chief minister of Gibraltar, Fabian Picardo, described the Queen as “a rock” in reference to the British territory’s landscape.

The widespread support for the Queen follows the anniversary earlier this month when she quietly marked 70 years on the throne, the first British sovereign to do so.

The Palace said the Queen was showing mild symptoms and was expected to continue “light duties” over the coming week. In keeping with that, the Queen released a statement shortly afterwards praising the British women’s curling team for their Olympic gold medal in Beijing.

“I know that your local communities and people throughout the United Kingdom will join me in sending our good wishes to you, your coaches and the friends and family who have supported you in your great success,” she said.