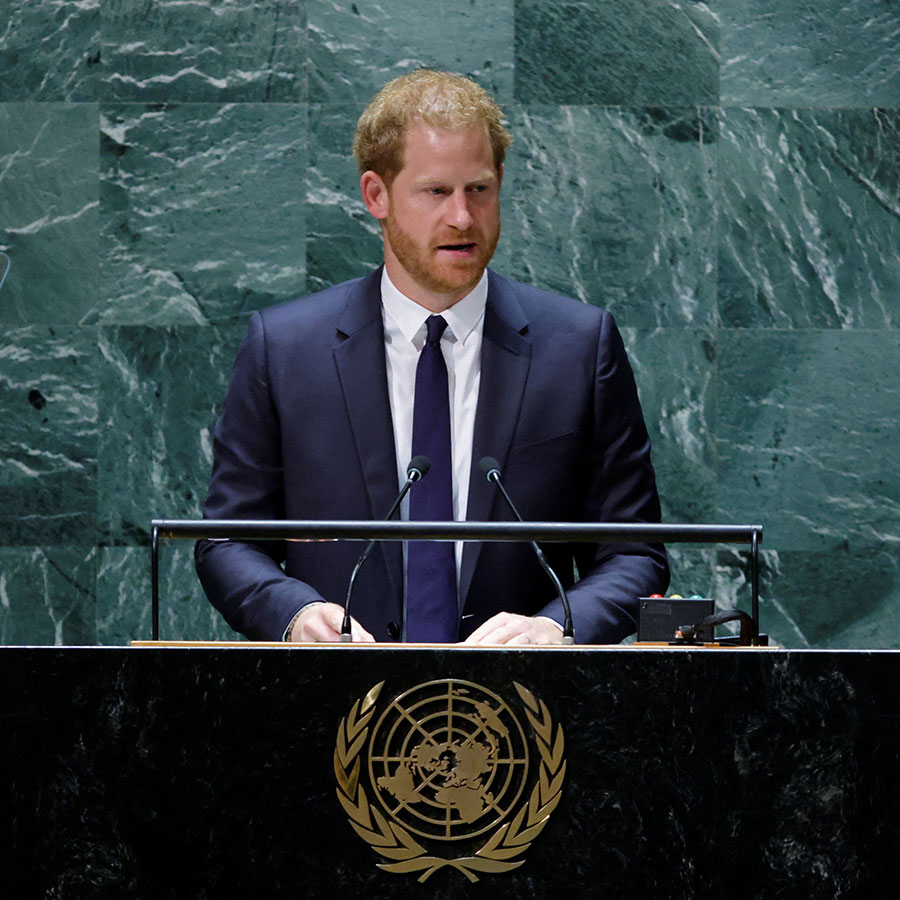 Britain’s Prince Harry spoke on Monday at the United Nations about seeking insight from the late Nelson Mandela during a time of global uncertainty and urged countries to take action on climate change.

In the UN General Assembly hall, Harry spoke about the threats from Russia’s invasion of Ukraine, what he called the reversal of constitutional rights in the United States and the “weaponizing” of lies and disinformation.

“We are witnessing a global assault on democracy and freedom – the cause of Mandela’s life,” he said.

Mandela became South Africa’s first Black president in 1994 after spending 27 years in prison during apartheid. He died in 2013 aged 95, but remains an icon for his struggle against apartheid and message of reconciliation.

Harry warned about the impact of climate change on Africa and the world.

“This crisis will only grow worse, unless our leaders lead, unless the countries represented by the seats in this hallowed hall make the decisions – the daring, transformative decisions – our world needs to save humanity,” he said.

Harry spoke about a 1997 photo taken in Capetown of Mandela and his late mother Diana, Princess of Wales, which he said hangs on his wall.

“When I first looked at the photo, straight away, what jumped out was the joy on my mother’s face. The playfulness, cheekiness even, pure delight to be in communion with another soul, so committed to serving humanity,” he said.

Harry described Africa as a “lifeline,” saying: “It’s where I felt closest to my mother and sought solace after she died, and where I knew I found a soulmate in my wife.”

Harry and Meghan, the Duke and Duchess of Sussex, moved to the United States two years ago to lead a more independent life. They live in California with their two children.

Mandela Day: Protecting the Environment and Feeding the World

Nelson Mandela: Putting the Focus on Food Security for All