Meghan Markle On Grieving for the Queen, and Other Revelations From Her ‘Variety’ Interview 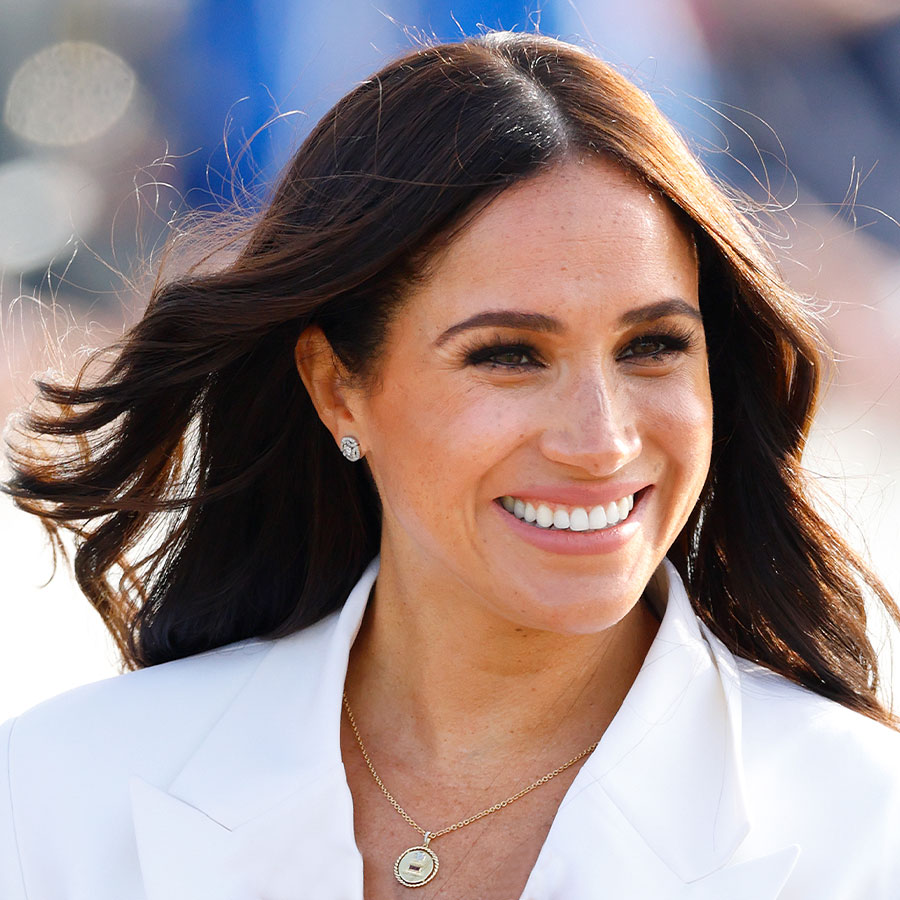 Meghan, Duchess of Sussex attends an Invictus Games Friends and Family reception hosted by The Hague and the Dutch Ministry of Defence at Zuiderpark, April 15, 2022. Photo: Max Mumby/Indigo/Getty Images

After a hiatus for a period of mourning following Queen Elizabeth’s death, Meghan, Duchess of Sussex is back on magazine covers. Meghan’s Variety cover story, which appeared online today, was originally in honour of her place on Variety’s Power Women 2022 list, and was set for September. The Q&A to accompany some fresh, freckle-faced and sun-dappled portraits taken in Montecito this past summer is much softer in tone than The Cut cover (released just days before the Queen’s death) that earned Meghan what the Variety writer Matt Donnelly refers to as “snark” for her comments therein.

The contrast to the sombre (and sometimes tense, though that is media speculation) scenes of Meghan in the U.K. for the Queen’s funeral is notable: the photos were taken before, the text sourced afterward, but both match up in mood, showing how relaxed and different the duchess is back in her native California, her attitude and aspect both as sunny as the endless blue skies. Even in the wake of her and Harry parting ways with Markle’s long-time PR company, Sunshine Sacks, the duchess appears to have a steady hand in control of her own narrative, and voice, once again.

Here are the five top takeaways from the interview:

No doubt this has been a hard six weeks for Harry and Meghan, of which she says, “It’s been a complicated time.” She talks about how grateful she is to have been able to support her husband in the loss of his grandmother, and offered praise for the late Queen. “Certainly, in terms of female leadership, she is the most shining example of what that looks like.”

Of her own relationship with the legendary monarch, she says, “I feel deep gratitude to have been able to spend time with her and get to know her.” Having “reflected” on the solo engagement she had with the Queen soon after her wedding to Harry, Meghan now talks about “how special that felt,” adding that she feels “fortunate.” She concludes: “I continue to be proud to have had a nice warmth with the matriarch of the family.” The tone here is respectful, measured and very aware of a careful choice of words.

It emerged, amid many reports following the Queen’s state funeral that Harry and Meghan wanted to make changes to their much-awaited documentary for Netflix, that the airing of the film was to be delayed until sometime next year. Other reports suggested that a negative response to some plotlines of the streaming company’s marquee series The Crown was the reason for the delay. (Fictional plotlines involving the notion that Prince Charles had raised the issue of abdication with John Major back in the ’90s, as well as the suggestion Prince Philip was intent on romance with long-time friend Penny Knatchbull and had discussed his marriage to Elizabeth with her, both raised dismay and criticism with the Season 5 launch in November so close to the Queen’s death.)

We do learn that the Sussexes trust in the vision of the project’s director, Liz Garbus, a project that is the first major release as part of their reputed US$100 million deal with Netflix. Says Meghan: “It’s nice to be able to trust someone with our story — a seasoned director whose work I’ve long admired — even if it means it may not be the way we would have told it. But that’s not why we’re telling it. We’re trusting our story to someone else, and that means it will go through their lens.”

We learn that California Meghan loves the simple things: watching Jeopardy! and playing Wordle in bed. She also shares an “average” workday with Harry. “We share an office. We work from home, as most people started to do during lockdown. It allows us to have significant time with our kids at this really special moment in their lives. We’ll never get this time back. I make breakfast, and we get the kids set for the day. We do a lot of joint calls and Zooms, but also try to divide what we can focus our energies on so we can accomplish even more.” She also shares her personal business tips: “I’ve always said, if it takes less than five minutes, do it now.”

The interview also touches on this week’s Archetypes podcast guest, Paris Hilton. Meghan says she wanted to speak to Hilton because she herself was guilty of pre-judging the reality-star heiress, and her blond hair (the theme of the show is the cliché associations with blond hair). The duchess says growing up she was “not pretty,” and that instead, “I grew up as the smart one.”

Here are Meghan’s thoughts on Paris: “So much of what I ended up thinking about, when I thought about Paris, was envy and judgment — two of the most dangerous things. But then you hear about her trauma and her life and her buying into this persona. Ultimately, I told her, ‘I’m really sorry that I judged you.’ I wanted her to be safe and comfortable. I told her I wasn’t looking for a “gotcha” moment. I want a “got you” moment, where we get you.” The episode, she says, is not a defense of Paris, rather it is a humanization of her. The theme of humanization is something she circles back to later, in reference to herself and fame and public perception.

Bonus celebrity friend reference! Meghan tells a story about going to a party for Gloria Steinem in the days after the Oprah interview aired last March, talking about how much the guests made her feel included. (As an intriguing sidenote, we also learn she calls Steinem “Glo.”) This leads to an earnest statement of gratitude from Meghan: “The power of sisterhood and female support can never be underestimated.”

After declaring that she does not intend to return to acting, although she will “never say never,” Meghan elaborates on what their goals for the future are, producing content and crafting the philanthropic goals of their Archewell foundation. It’s about love, really. “So much of how my husband and I see things is through our love story. I think that’s what people around the world connected to, especially with our wedding. People love love.”

She also gets back to the subject of how we dehumanize celebrities. In answering a question about the biggest misconceptions about her, she says, “I think that what happens, looking in from the outside, when there is this much noise, is that you become dehumanized. But if you remember that someone is a human being, then you don’t treat them, talk about them, look at them the same way.”

Meanwhile, the Sussexes’ ultimate goal is only three letters. “Joy. That’s really it. It is everything that we can work towards for ourselves, our friends, our kids, those around us — that would feel so good. And we do feel joyful.

“Right now, we feel energized and excited about all of the things we’ve been building toward.”