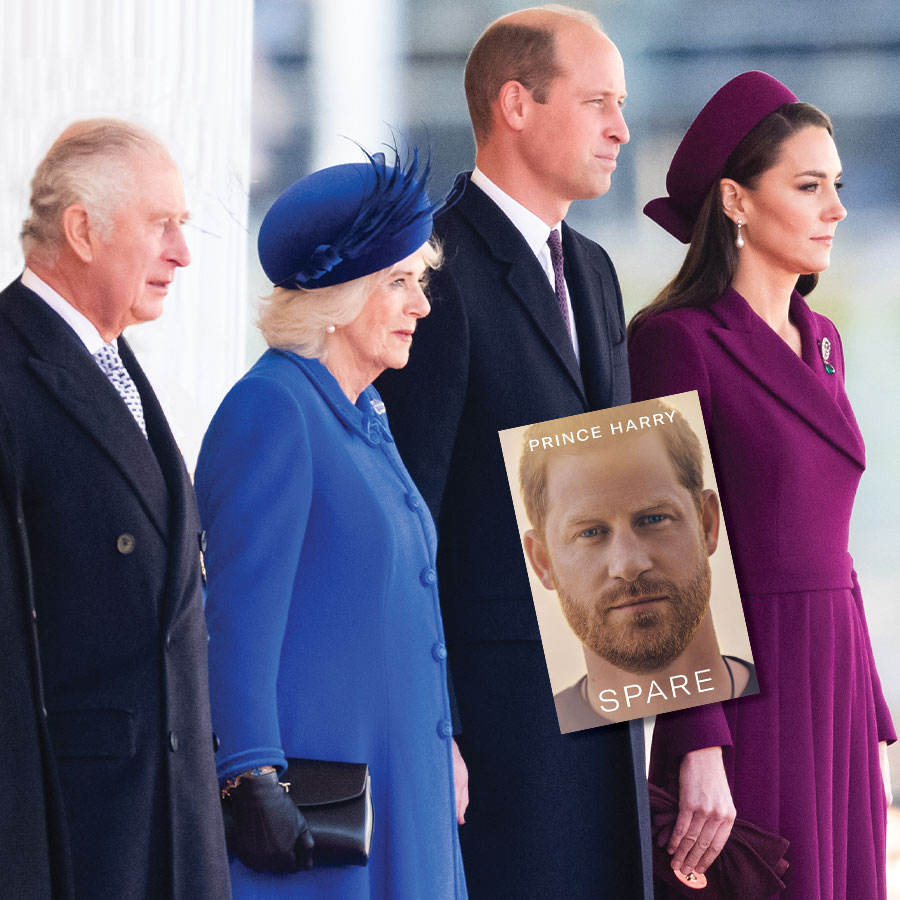 Some 150 years ago, the acclaimed constitutional writer Walter Bagehot wrote that the British monarchy needed reverence and mystery. “We must not let in daylight upon magic,” he wrote.

With their six-part Netflix documentary series, a succession of high-profile TV interviews and a tell-all memoir, all featuring intimate revelations and accusations of discord, Prince Harry and his wife Meghan have shone not just daylight but a blinding floodlight on the private affairs of the royal family.

When the dust settles, Harry’s father King Charles and the other bruised Windsors will wonder if any of their royal magic has been permanently extinguished.

“This is a huge constitutional issue for him, a huge reputational issue for him and it comes ahead of his coronation and in the very early phase of his reign,” said Catherine Mayer, author of the recent biography Charles: Heart of a King.

At the heart of Harry and Meghan’s narrative is that Britain’s sensationalist popular press is a “devil” that members of the royal family have colluded with to protect or enhance their own reputations.

Those like Harry and Meghan, the Duke and Duchess of Sussex, who have not played this game, they argue, have therefore been subjected to cruel and untrue stories that have threatened their mental health and their very safety.

Harry has also made specific accusations against his stepmother Camilla, Charles’s second wife and the queen consort, and his elder brother William, heir to the throne.

Keep Calm and Carry On

So far, both have declined to respond.

“It’s absolutely the right strategy — to rise above it,” one former senior royal aide told Reuters.

“He’s having lots of shots at William, and some shots at the Queen Consort, but I’m not sure they’re ones that fundamentally will undermine confidence in their ability to fulfil their roles and their rightness for those roles.”

There is no doubting public interest in the melodrama. The series attracted a record number of viewers for a documentary debut on Netflix, while Harry’s memoir ranks as the best-selling book on Amazon’s UK, U.S., German and Canadian websites.

Its title — Spare — hints at the deep-seated frustration of being seen as a back-up heir to the throne, in case anything happens to William. Royal biographer Tina Brown said Americans found Harry and Meghan appealing and that they were “winning” in the United States, while a recent visit by William and his wife Kate to Boston had made little impact.

In Britain, sympathies seem to be divided between the generations: polls suggest older people have little time for Harry and Meghan, while the young are far more supportive, something that may hint at future problems for acceptance of the monarchy.

“Never Let The Light In”

“As Walter Bagehot said in the 19th century, never let the daylight in upon the magic, because if you do, the royal family become just like the hoi polloi, just like you and me,” royal commentator Emily Andrews told Reuters.

“They cease to be special, they cease to be different. Then you wonder, ‘Why is billions of taxpayer money going to fund this family that effectively act like the Kardashians?’.”

The royal family have been here before, though.

In the 1990s, the breakdown of Charles’ marriage to his first wife Princess Diana, Harry and William’s mother, was played out in lurid colour in the pages of the British tabloid papers.

Both revealed extra-marital affairs in prime-time TV interviews, and in an authorized biography penned at about the same time, Charles bemoaned his unhappy childhood, with his mother Queen Elizabeth II cast as distant and his father, Prince Philip, as overbearing.

But media and public eventually moved on — although Harry argues poignantly in his book that he was given little help, at the age of 12, to come to terms with the death of his mother in a car crash in Paris — as she was herself fleeing the attentions of newspaper photographers.

Buckingham Palace can also take solace in the fact that the overwhelming majority of papers have sided with the royal family: unsurprising, given Harry and Meghan’s views on the tabloids and the fact they have sued a number of publications.

“That said, you could argue it only reinforces the victim narrative from Harry and Meghan in America,” the former aide said.

“The one thing the royal family has on its side is time. So it can play the long game – which Harry and Meghan maybe can’t, in that they have to be telling their story now.”

Readers, Media and Others React

With the Duke’s autobiography quickly becoming the fastest-selling non-fiction book ever with over 400,000 copies sold so far, reaction to the highly anticipated release from readers and media alike is already abound on Twitter.

‘Spare’: What We Learned From Prince Harry’s U.K. and U.S. Interviews Prior to the Release of His Memoir