These Golden Knights Are For Real: Jets Must Rebound After Game 3 Loss 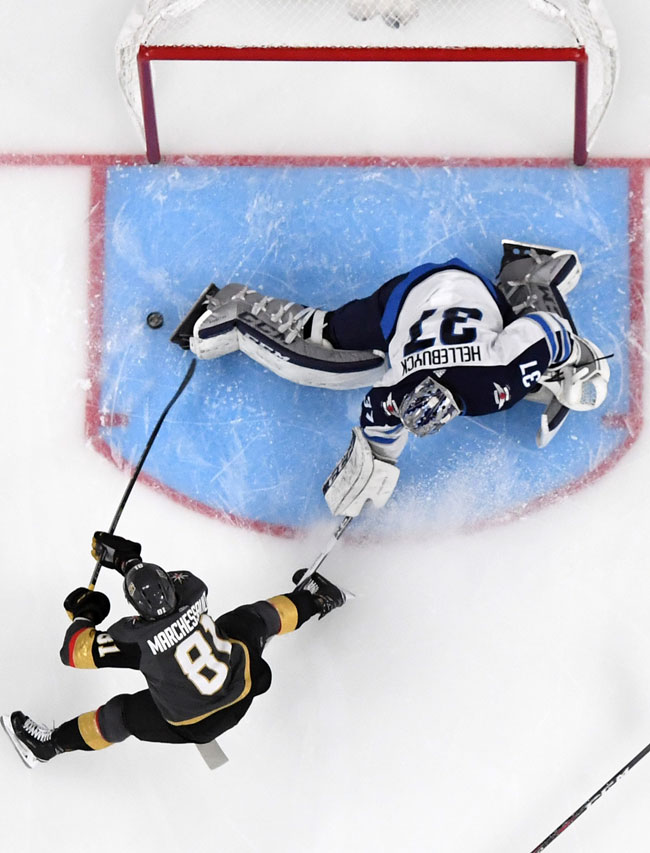 The Vegas Golden Knights used timely offence and superb goaltending to defeat the Winnipeg Jets 4-2 in Game 3 of the Western Conference Finals of the Stanley Cup Playoffs.

The night began with what must be the strangest opening ceremony ever held in NHL history: an amor-clad Knight on skates battled and defeated a fighter jet as the crowd roared their approval. (It’s Vegas, after all, so anything is possible, as long as it’s campy and over-the-top.)

The fans had barely recovered from this bizarre opening when the worst possible thing happened — Jonathan Marchessault scored just 35 seconds into the game, putting the visitors from Winnipeg down 1-0 and the raucous crowd bringing the roof down.

The Jets finally discovered their legs late in the first period and began taking over the play. In the second period, they finally broke through on Knights’ goaltender Marc-André Fleury, with playoff star Mark Scheifele knotting the score at one.

But as has happened repeatedly in the playoffs this Vegas team of misfits, castoffs and second-liners, they simply didn’t melt away under pressure.

Instead of letting that goal get to their heads,  Vegas responded with a goal 12 seconds later (12 seconds!) and,  just two minutes on, scored again, creating what turned out to be an insurmountable lead.

The Jets did draw within one goal but they just couldn’t buy the equalizer. As they poured on the pressure, they hit a few posts, misfired on several glorious chances and just couldn’t break through on Fleury, who played brilliantly, making countless how-did-he-do-that saves and holding the fort valiantly until Marchessault potted a late empty-netter to clinch the victory.

Fleury, who was cast aside by Pittsburgh at the end of last year, is probably playing the best hockey he’s ever played in his career.

Although the Jets were the better team for most of the match, they had several defensive lapses and brain-freezes that ended up costing them the game. If they want to stay alive in this series, not only will they have to tidy up in their own end but the forwards are going to have to figure out a way to beat Fleury.

Game 4 will between the Vegas Golden Knights and the Winnipeg Jets will take place in Vegas, on Friday at 8 pm.