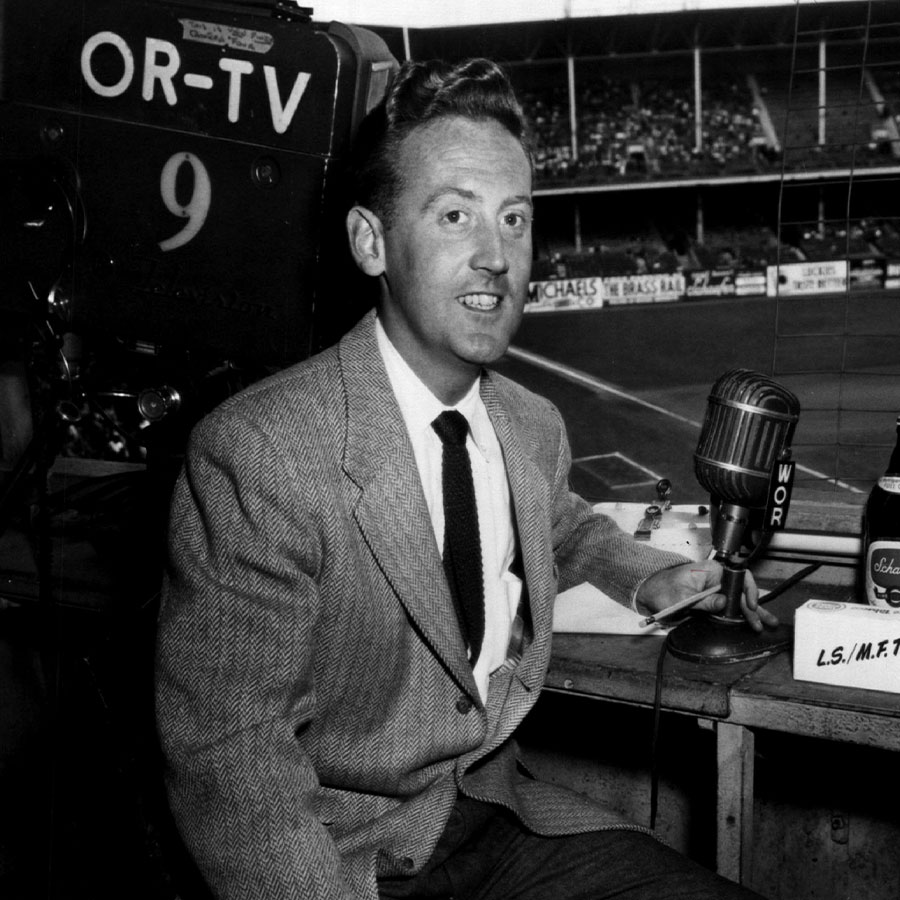 When baseball broadcasting legend Vin Scully passed away on Tuesday at the age of 94, it felt to many fans that a link to the sport’s great past had been forever severed.

That’s because Scully’s mellifluous voice, his signature ability to capture the drama of the moment and his splendid story-telling talent had charmed and thrilled generations of baseball fans. And because of this extraordinary tenure of calling the boys of summer, many simply regarded him as the voice of baseball.

When Scully retired from the broadcast booth in 2016, he had been calling Dodger games for an astounding 67 years – beginning on radio in 1950, when the franchise was located in Brooklyn before moving to television in L.A., where the team relocated in 1958.

Born in the Bronx and raised in an Irish-American family, Scully became a revered public figure, not only in Brooklyn and L.A., but throughout North America, especially for doing play-by-play of NBC’s Game of the Week throughout the 1980s. These Saturday afternoon games were must-see events for baseball fans, especially in those days before every game was available through cable and digital packages.

As his remarkable career unfolded, Scully unwittingly became a living link to the great players of the past. Often working alone in the booth, he spanned multiple generations – he described the exploits of the great Dodgers of the past – Jackie Robinson (who had just broken the colour barrier when Scully entered the broadcasting booth), Duke Snider and Pee Wee Reese, Sandy Koufax and Don Drysdale – and as well as more recent stars like Fernando Valenzuela, Orel Hershiser, Mookie Betts and Clayton Kershaw.

There was always something special about Scully calling a game. Perhaps that’s why Dodger fans began the practice of bringing transistor radios to the stadium. Even though they were watching it live, they still wanted to hear Vin calling it,  and his voice would echo through the stadium on thousands of tiny radios.

Throughout his many years in the booth, Scully never showed any signs of becoming jaded or bored by the sport or his job. He kept a childlike love of the game that he was able to transmit that to fans over the airwaves.

This bond to the game and its fans was never more evident than when he finally retired from the booth in 2016. Scully signed off with this message, which captures the grace and charm of the man, and serves as a fitting epitaph to the many baseball fans who will fondly remember him.

“You and I have been friends for a long time, but I know in my heart that I’ve always needed you more than you’ve ever needed me, and I’ll miss our time together more than I can say. But you know what? There will be a new day and eventually a new year. And when the upcoming winter gives way to spring, rest assured, once again it will be ‘time for Dodger baseball.’ So this is Vin Scully wishing you a very pleasant good afternoon, wherever you may be.”

Here are five of Vin Scully’s most memorable play-by-play calls:

As luck would have it,  Hammerin’ Hank was playing the Dodgers when he broke the Babe’s home run record in April 1974. That meant that Vin Scully was on hand to capture this historic moment in his own inimitable fashion.

Although his beloved Brooklyn Dodgers lost this game, and eventually the World Series, to the hated Yankees, at the time, Scully described Larsen’s perfect game as the “most dramatic baseball game ever played.”

It’s two outs in the bottom of the ninth with the Dodgers trailing the mighty Oakland A’s by a run. The outcome rests on the shoulders of pinch-hitter Kirk Gibson, who is so hobbled by injuries that he can barely walk to the plate. Scully’s buildup to the moment and the way he lets the fans tell the story is magical.

Again, it’s two outs in the bottom of the ninth and the Boston Red Sox are on the verge of winning their first World Series since 1918. The New York Mets are down to their last out. Scully calls the dramatic comeback.

While he’s best known for baseball, Scully also called football games for CBS, including this memorable 1981 NFC playoff tilt in which San Francisco 49er quarterback Joe Montana leads his team to an improbable comeback victory over the Dallas Cowboys.

As Jim Hughson Retires From ‘Hockey Night in Canada,’ Where Does He Stand Among the Top Hockey Voices of All-Time?