With Donald Trump, Oldest Boomers Are Back In Charge Of The U.S. 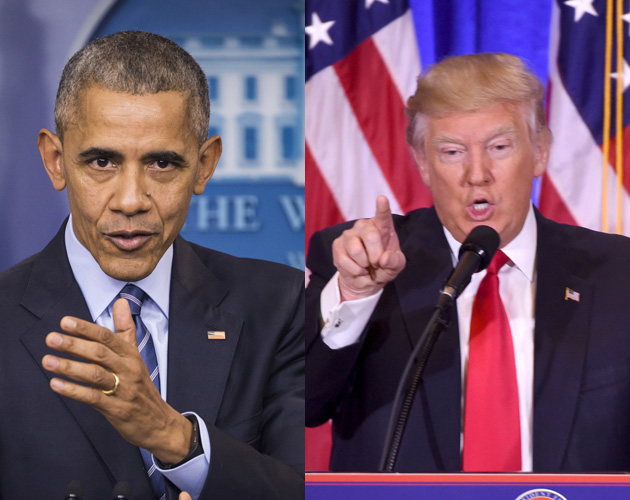 George W. H. Bush’s hospitalization this week at the age of 92 is a reminder of the youthful vitality and positive energy of the latest U.S. ex-president who’s joining the exclusive group of living former presidents.

It includes Jimmy Carter, also 92 and Bill Clinton and George W. Bush, who are 70.

At 55, Barack Obama is almost a generation younger. He was the first American president born at the end of the baby boom which began in the U.S. in 1946 and lasted until 1964.

With his election, the oldest boomers are back in charge in the U.S.—and “back” is the operative word.

It’s back to the past, not to the future, with Trump and his aging peers in power.

Coming into office at 70, he’s old-style in his manner, his attitudes and his predilections. And he wants to take America back to the past with him, back to the days when aging white men ruled the land and women were decorative accessories useful for their body parts and for taking care of kids, when gays stayed in the closet and people knew their place and money talked louder than morals or decency.

Globalism, optimism, soft capitalism, compassion for the less fortunate, creative innovation—all hallmarks of Obama’s administration and of forward-looking, youthful societies—seem to be leaving the U.S. government along with the exit of Obama.

Instead, America is set to become a sclerotic society—rigid, unyielding, unforgiving. Even the Trump style is old-fashioned, compared to the Obamas’ fresh take.

It’s so old-fashioned, it bypasses the Bushes and harks back to the Eisenhower era in the ’50s. And as was the case with Eisenhower, Trump’s athleticism is limited to golf.

Sure, Obama was an avid golfer.

In fact, Golf Magazine tallied his games and reported he played 306 rounds while in office—well short, nevertheless, of the the 800 rounds that Dwight Eisenhower played as president.

But Obama’s game was basketball.

In a book titled The Audacity of Hoop: Basketball and the Age of Obama, sports writer Alexander Wolff, suggests that basketball has been a “touchstone” in Obama’s “exercise of the power of the presidency,” and that he has used it “more often and more effectively than any previous president had used any sport…” scenes of him playing basketball on the (campaign) trail highlighted his “youthful vigor” and his “preternatural cool.”

Can you even imagine Trump playing basketball? Can you imagine anyone calling him “cool”?

At 70, Trump is the oldest person (and maybe the paunchiest?) ever to become president of the U.S. (Reagan was 69 when he took office.)

But maybe it’s wrong to link Trump’s warped, old-fashioned view of the world with his age.

He’s probably not much different in his thinking than when he was 50. Or 30.