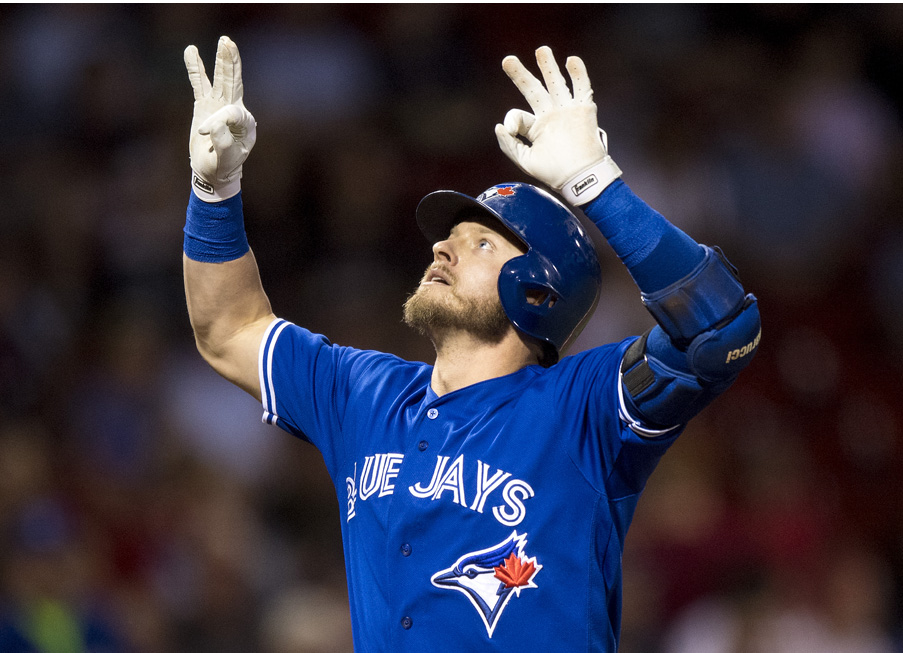 With baseball’s 2018 Opening Day set for Thursday, the Toronto Blue Jays are looking to rebound after a dismal, injury-plagued 2017 season that left the team well out of the playoffs.

The injury-bug hit almost every starting player and, with an aging lineup, it’s unlikely they’ll escape that scourge this year. And if the Jays repeat their terrible opening from last year — where a 2-10 start put the team in a hole it couldn’t recover from — it’s going to leave management desperately searching for answers.

Unfortunately, two of theose answers — future studs Vladimir Guerrero Jr. and Bo Bichette — are both under 20 and have one more season in the minors before they start impacting the Blue Jays’ fortunes.

But behold, this is what the future could be like.

Until the two kids arrive in the big leagues, the Blue Jays are just going to have to make do with a line-up that has a few too many holes. Let’s look at what the players in the projected Opening Day line-up have to say for themselves.

The Big Question: Will Smoak take his own advice and “stay in the middle” for what could be a down year?

The Big Question: Can we really trust a guy who says this when he’s missed large parts of the last three years with injuries?

Josh Donaldson (3B): “I wouldn’t say I feel amazing right now, because I don’t.”

The Big Question: Should fans worry that it’s only spring training and the player that drives the offence doesn’t “feel amazing?”

The Big Question: Injuries dampened Tulo’s contributions to offence and defence last year – will this guy’s ankle ever get better?

Curtis Granderson (OF): “If there’s something that needs to be said, obviously then I’ll try my best to step up in those moments.”

The Big Question: While he might be a clubhouse leader, can the aging vet still provide some pop to stay in the lineup?

Kevin Pillar (OF): “I worked my butt off in the off-season to come back and improve my game any way I can.”

The Big Question: Yes, Pillar will provide stellar defence as usual but will working his butt off improve his below average offensive production?

Randal Grichuk (OF): “Anytime you can go somewhere else and have a better opportunity than where you were at, I feel like for a young player that’s what they want to do.”

The Big Question: A promising new face in the lineup, will Grichuk find his power niche in the homer-friendly confines of the Rogers Centre?

Russ Martin (C): “The key is staying healthy; that was really our downfall last year, especially after having a horrible beginning to the season. We were never able to get our best team on the field. To compete in our division, you have to stay healthy, because the other teams are stacked.”

The Big Question: Can fans really expect Martin or any of the Jays’ aging lineup to stay healthy?

Kendrys Morales (DH): “I’ll always try to do better than the year before. Personally, sometimes it works and other times it doesn’t.”

The Big Question: Coming from a player who had a miserable year at the plate, would you call this an  inspiring quote?

J.A. Happ (SP): “After being here the last few years and having great experiences for the most part, It’s nice to feel that confidence that they have in me and the trust level.”

The Big Question: After another solid 2017 season, can the understated Haap continue to defy the odds and improve with age?