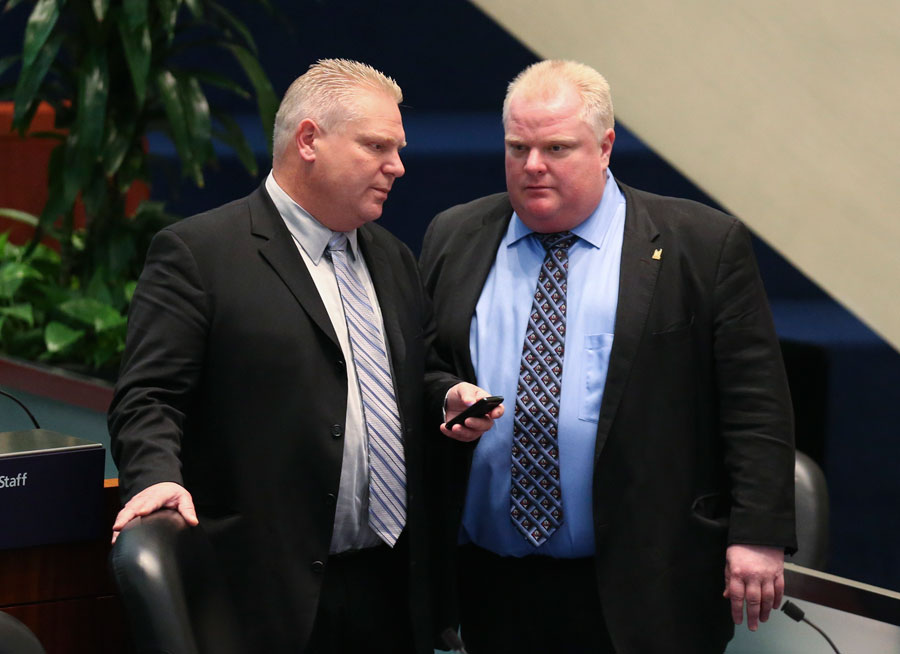 As Doug Ford continues his campaign to become the next Premier of Ontario, he keeps getting headlines – but all the wrong reasons.

Days before the province goes to the polls, the leader of the Ontario Progressive Conservatives should be concentrating on his final election push underway. Instead, he’s putting out yet another fire, this one a nasty internecine affair.

Renata Ford, widow of Doug’s deceased brother Rob, is suing the Fords and their family business (Deco Labels) for $5 million dollars in damage. The suit claims that Doug and his brother Randy “conspired together” to deprive Renata and her two children of millions of dollars that Rob had left behind to support the family.

Doug Ford called the lawsuit “baseless” saying “I have also stood by my brother and his family through so many of their challenging times.”

And Diane Ford, Doug’s mother, released a statement defending her son and questioning the timing of the lawsuit:

“It is heartbreaking that Renata has chosen to bring forward these false and baseless allegations against our family, right in the middle of the provincial election campaign. As a family, our one goal is to ensure Rob’s children are cared for and their financial futures are secure. Renata has serious struggles with addiction, and our hope is that she will accept help for the sake of herself and my grandchildren.’

The lawsuit story caused an explosion on Twitter, the most common sentiment being: if he can’t run a family business, how can he possibly run a province? Defenders of Doug, in the great minority, argued that we shouldn’t be too hasty to pass judgement until the claims have been proved in court.

One of the recurring slogans that runs on Doug Ford’s campaign page reads: “It’s time to clean up this mess.”

Whether he’s referring to the province’s economy, his sketchy candidate nominations or his family squabbles, the mess he’s got to clean up just keeps on growing.

Whatever the case, the ongoing controversy that always surrounds this family means that producers of the movie on Rob Ford’s chaotic tenure as Toronto Mayor – Run this Town – might be gathering material for a possible sequel featuring his brother Doug.

Run This Province, anyone?