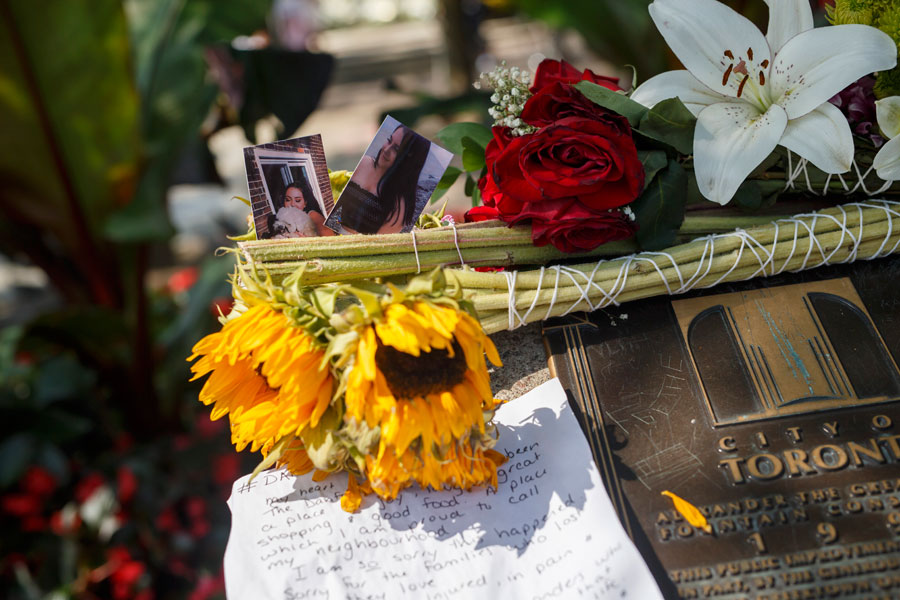 Justin Trudeau’s “round-table” discussion on gangs and gun control in Surrey, B.C. on Tuesday signalled the governments intent on passing legislation to strengthen ban on firearms.

Joined by Defence Minister Harjit Sajjan and Border Security and Crime Reduction Minister Bill Blair, Trudeau said he was meeting with local groups and leaders to discuss ways to give communities “the tools to be more successful in the coming years and overcome some of the challenges we are facing and give everyone a real and fair chance to succeed.”

While multiple shootings in Toronto this summer have garnered massive media coverage, and prompted Mayor John Tory to call on the federal government to ban firearms within city limits, Surrey is no stranger to gun violence, with over 200 shootings in the last five years, many of them gang-related.

An activist group called Wake Up Surrey, is demanding increased funding for programs to steer children away from gangs as well as a federal task force on gun violence.

One of the “tools” Trudeau mentioned is the strengthening legislation to curtail the use of firearms, through Bill C-71 – An Act to amend certain Acts and Regulations in relation to firearms.

Minister Blair has been asked by the PM to “play a leading role” in reducing gun violence by exploring a “full ban on handguns and assault weapons in Canada, while not impeding the lawful use of firearms by Canadians.”

Legal gun owners are closely watching the progress of the bill. And the Liberals are well aware that, while the politics of gun control are not as bombastic here as they are in the U.S., any effort to restrict firearm could upset voters, especially in rural communities.

Memories are still fresh about the past Liberal government’s attempt to regulate firearms — the notorious long-gun registry — which became a costly, bureaucratic effort that ultimately failed, according to an Auditor General’s report, to “minimize risks to public safety” or reduce “deaths, injuries and threats from firearms.”

Those who use firearms legally fear this new attempt by the Liberal government will be more of the same. “We have to look for criminals before thinking about the law-abiding people,” said MP Pierre Paul-Hus, who represents Charlesbourg-Haute Saint Charles in Quebec. “The criminals, the gangs don’t follow the rules.”