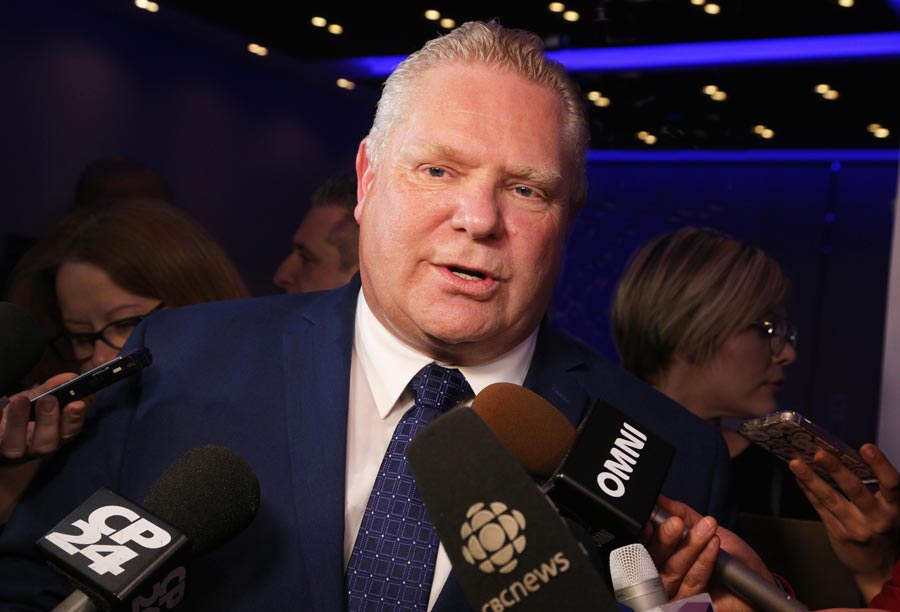 Doug Ford’s attempts to limit the size of Toronto City Council ran into a roadblock this week after it was blocked by an Ontario Superior Court Justice.

But the Ontario Premier is ploughing forward with his peculiar brand of sledgehammer politics, saying he will resort to a never-before-used provincial tool — the notwithstanding clause — to override the judge’s decision.

On Monday, Justice Edward Belobaba blocked Ford’s controversial Better Local Government Act, which proposes to cut in half the number of councillors in Toronto. Belobaba wrote that the legislation was unconstitutional because it infringes on the right to free expression and limits the right to voters’ “effective representation.”

Toronto Mayor John Tory, who vigorously opposes the legislation, compared Ford’s threat of using the notwithstanding clause as ”using a sledgehammer on a fly.” He added: Why is it so important to have these changes in place, whatever you think of them, that you would override the Charter of Rights and Freedoms for the first time in the history of the province of Ontario?”

As expected, every city councillor or candidate for the fall election criticized the government’s move, employing varying degrees of hyperbole. Councillor Paula Fletcher gets the award for most over-the-top tweet, accusing Ford of launching a “nuclear attack on the City of Toronto.”