America on Ice: Post-Election Views from a Suburban Rink 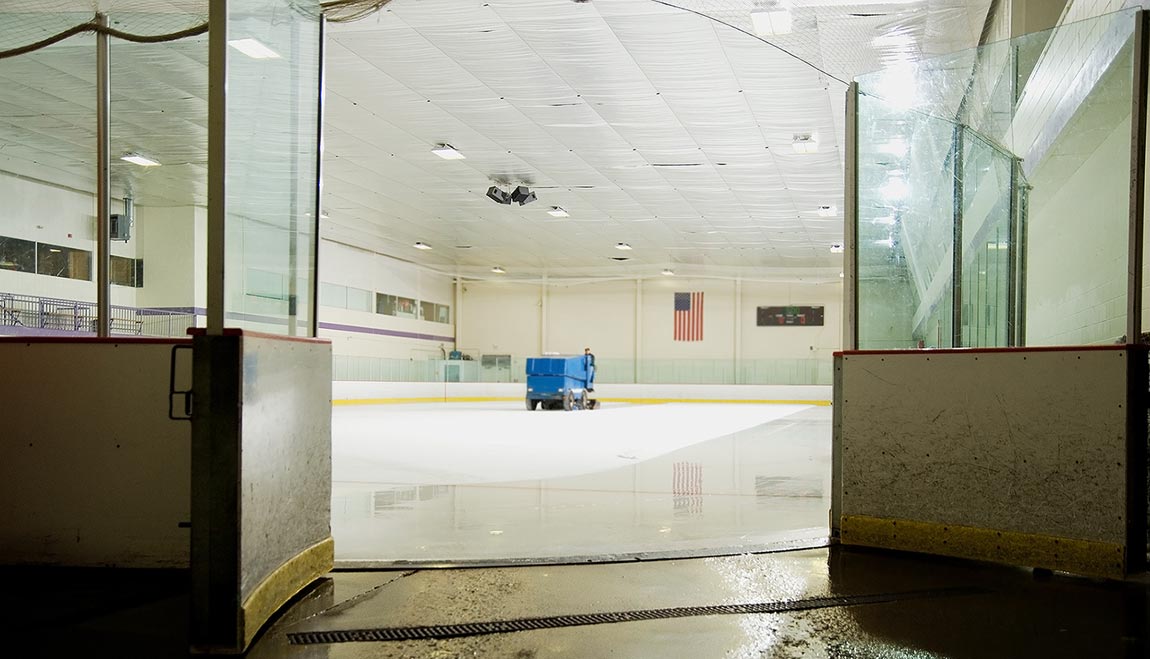 The day after Americans voted, parents at the rink in Boxborough, Massachusetts, an exurb west of Boston, were thinking more about how their kids were progressing on the ice than about the mid-term election results and what will happen with a split Congress and Trump.

“It’s like the day after the honeymoon,” said Jim, a 49-year-old hockey dad. “Everybody’s had their fill.”

He thinks Trump could even be re-elected in 2020, “if the economy stays strong. I think the economy is the most important issue. “

Besides, he says, “How do the Democrats find somebody to challenge him? Hillary just destroyed everybody’s faith.”

Right now, he says, “I’m optimistic. The economy is good and that helps people.”

But another dad at the ice arena, 54-year-old Daniel, is not only pessimistic, he’s disgusted.

“Ultimately, the system is corrupt,” he insists, “Why don’t people see that Trump was cheating? Why don’t the poor see that he’s throwing breadcrumbs and stealing the loaf?”

Daniel and his family moved to Massachusetts two years ago after living in Japan for several years.

Living in Japan was like living in “a utopian bubble,” he says.

Returning to America, “I had to recondition my kids to understand that things aren’t fair here.”

He’s especially disgusted that in some of the poorest districts, only one voting machine was working and polls closed on time even while people were still waiting in line after lining up for hours.

Daniel said he’d listened to Trump’s post-election press conference on his way to the rink.

“What a pompous a**hole,” he says. “He got rid of (Attorney-General) Sessions so he can fire (Special Prosecutor) Mueller.”

Daniel was born and raised in Alabama and his 75-year old mother who now lives in Florida just spent six weeks visiting her son and his family but went home in time to vote.

“Mom ran back to Florida to vote for every Republican she could,” he says ruefully. “She definitely went to the dark side.

“Why don’t people of her generation understand that the Republicans want to take away her benefits, her health care? She was paying $1,500 a month for her prescriptions because someone told her Obamacare wouldn’t cover it and she believed them.”

He adds, “The pharmacist was making a fortune off her. Probably a Republican.”

But Daniel has some harsh words for the Democrats too.

“What really bothers me is that the Democrats didn’t go far enough. They didn’t get Atlanta. Why couldn’t they capture Atlanta? Even Oprah campaigned in Atlanta.”

Another voter who isn’t happy with what’s happening in America is 43-year old Lorena, who emigrated from South America a couple of decades ago. She was watching her daughter’s figure skating lesson.

“I grew up very old-fashioned in Colombia,” she explains. “My values and customs are traditional. I’m also a very religious person. I voted all Democrats.  We don’t belong to the Democratic party but we tend to Democrats. It depends on the person.

It all depends on the values. I’m not happy with the president. He has too much ambition more than real values.

About Trump’s press conference and firing Sessions, she says, “We knew this was going to happen. We knew something crazy was going to happen because of his controlling power. There are so many people against him and what he’s doing but the results are the opposite.

Lorena is very aware of life in Canada because she has friends who live here.

“I admire Trudeau,” she says. “He’s unbelievable — so open-minded, so respectful, an example to follow.

Another figure-skating mom, 44-year old Annabelle, explained that she couldn’t vote because she’s a British citizen, even though she grew up in the U.S.

But she said that, even though her American husband is “a big Republican, he voted as an independent for the first time because of Trump.

She added, “I heard that from a lot of other Republicans, too.”

Hockey dad Jim summed it up this way:

Jim’s wife, sitting beside him, added, “Don’t forget, this is Massachusetts. It’s not the way the country feels.”