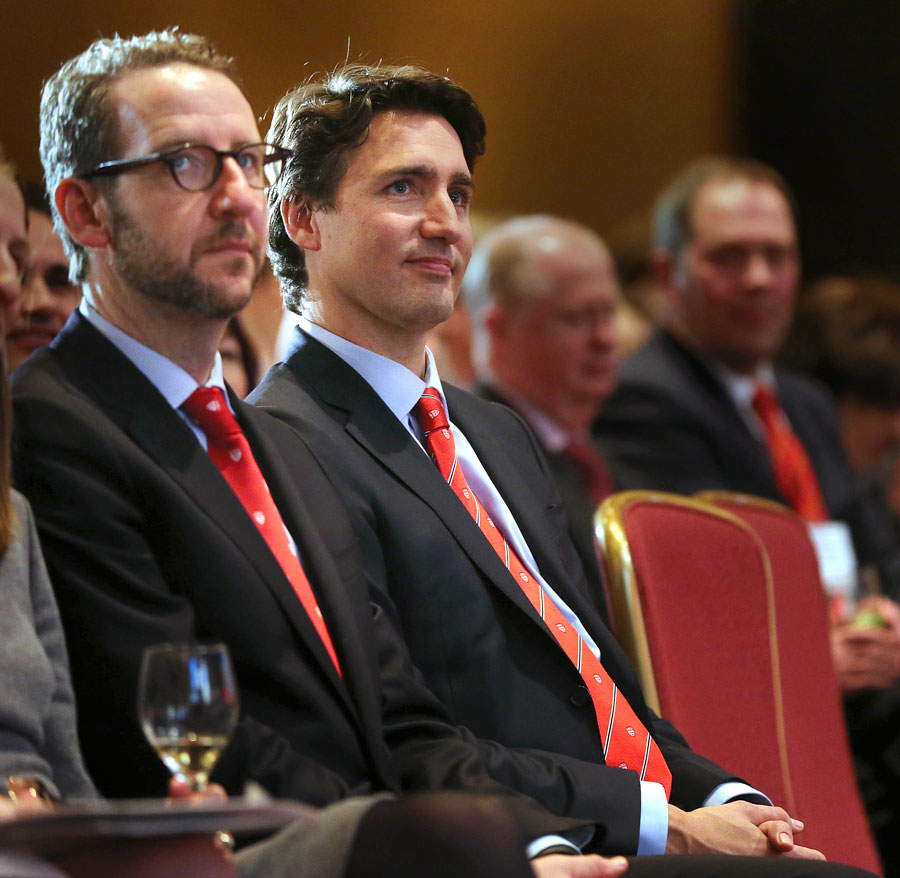 Liberal Leader Justin Trudeau sits with his advisor Gerald Butts before he speaks at the Royal York Hotel about "Liberty in a culturally diverse society" while addressing the McGill Institute for the Study of Canada. (Photo: Steve Russell/Toronto Star via Getty Images)

Gerald Butts, Prime Minister Justin Trudeau’s close friend and most trusted political advisor, became the first casualty of the SNC-Lavalin scandal when he resigned from his position on Feb. 18.

In an effort to contain this rapidly spreading scandal, which revolves around allegations that someone in the Prime Minister’s Office pressured former Attorney General Jody Wilson-Raybould to intervene in a legal case against the Liberal friendly engineering firm SNC-Lavalin, had the media and opposition parties crying foul.

Quelling a scandal like this one—not to mention appeasing the public’s cries for blood—meant that someone close to the Prime Minister had to fall on his or her sword. But everyone was shocked when that person was as closely linked to the PM as Gerald Butts was.

Butts and Trudeau first formed a friendship when the pair were on the McGill University’s debating team. Butts, who also worked closely with another scandal-plagued Liberal leader, former Ontario Premier Dalton McGuinty, later became a key organizer and policy advisor for Trudeau’s election campaign and first years in office. In many ways, he was the most powerful non-elected official in Ottawa.

Although Butts leaves claiming he has a clear conscience–saying in a statement that “I categorically deny the accusation that I or anyone else in his office pressured Ms. Wilson-Raybould”—the very fact that he resigned has everyone assuming he was indeed the person who was pressuring Wilson-Raybould to go easy on SNC-Lavalin.

Trudeau still maintains that there was “vigorous debate” and “robust discussion” between the PMO and former AG Wilson-Raybould on the SNC-Lavalin sentencing, but that this didn’t amount to political interference or pressure.

But if that was the case and the PMO is blameless, why did Butts resign? His explanation that he doesn’t want to “take one moment away from the vital work the Prime Minister and his office is doing for all Canadians” sounds like something you might hear from a Trump associate who’s fallen afoul of the law. As the National Post’s political columnist Kelly McParland succinctly puts it: “[Butts is] quitting, not over some egregiously misappropriate decision or action, but over something he, Trudeau and the Liberal party insist never happened.”

Seizing the opportunity to further embarrass the government, both opposition parties were quick to jump on the resignation. Conservative leader Andrew Scheer tweeted that it “shows a gov’t in chaos as Trudeau desperately tries to cover up this scandal.” And NDP leader Jagmeet Singh renewed calls for a public inquiry into the affair, “to provide Canadians with the answers they deserve.”

This afternoon, the House of Commons Justice Committee will hold what promises to be an eventful (yet unfortunately closed-door) meeting to determine how the probe of the SNC-Lavalin affair should proceed. The opposition parties want to call Butts, Wilson-Raybould and other Trudeau advisors to testify but it’s unlikely the Liberals on the Justice Committee will allow that to happen.

If the Liberals do manage to limit the probe’s reach, it’s possible that Team Trudeau can stickhandle through this messy affair and eventually let it run its course. With the election as many as eight months away, Trudeau may even be able to rely on the public’s short-term memory: how many of us will  have forgotten the scandal when it comes time to go to the polls?

The wild-card, however, remains Jody Wilson-Raybould. If she continues to take one for the team and remains silent, the government could survive the scandal. This can’t be an entirely comforting thought though because, as Maclean’s political correspondent Andrew MacDougall writes, [Trudeau] knows Wilson-Raybould will one day speak, he just hopes that day isn’t coming anytime soon.”