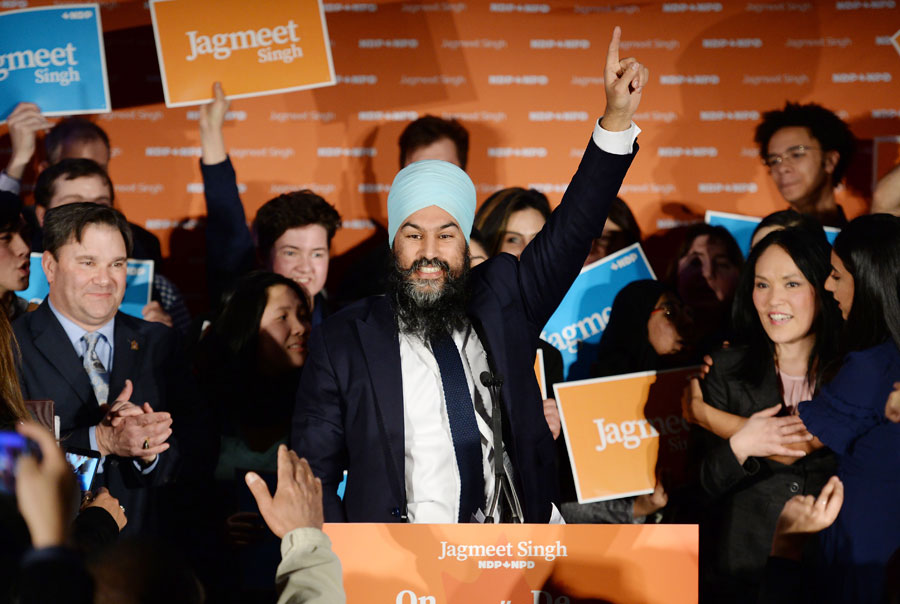 Jagmeet Singh, the leader of the federal NDP, has finally won a seat in Parliament. Singh was victorious in a by-election held yesterday, winning 39 per cent of the vote in the Burnaby-South (B.C.), well ahead of his Liberal (26 per cent) and Conservative (22 per cent) rivals. It’s been a year-and-a-half since Singh burst on the scene, quickly becoming a media sensation trumpeted as the fresh new face of the NDP. But since those heady days, his star-power has dimmed. Because he could not sit in Parliament, Singh’s absence from the battles in Ottawa made him a political non-factor, an outsider looking in while lesser known NDP MPs did the work. This lack of visibility certainly hurt the NDP, not only at the polls but also with lacklustre fundraising.

And he’s been criticized for stumbling on foreign affairs questions – especially for his awkward mishandling of a question on China on CTV’s Question Period.

Last night’s victory in Burnaby should quiet his critics and solidify his position as party boss.

“I know it’s been a long slog,” said the 40-year-old Singh, who has faced criticism from within his party for not running for a seat in Parliament earlier.

He has his work cut out for him, especially with an election that will be held some time this year, October at the latest.

“We have just eight more months to let the people know they can choose a government that stands up for people and not corporations, that doesn’t give handouts to SNC-Lavalin,” he said.

The two other by-elections last night provided a tantalizing glimpse into how Canadians plan to vote in the next election and whether the SNC-Lavalin affair would hurt the Liberals.

The recent controversy didn’t seem to hurt Liberal Rachel Bendayan, who easily won the Quebec riding of Outermont—which had been held by former NDP leader Tom Mulcair since 2007—while Conservative Scott Davidson easily won in the Tory stronghold of York-Simcoe, north of Toronto.