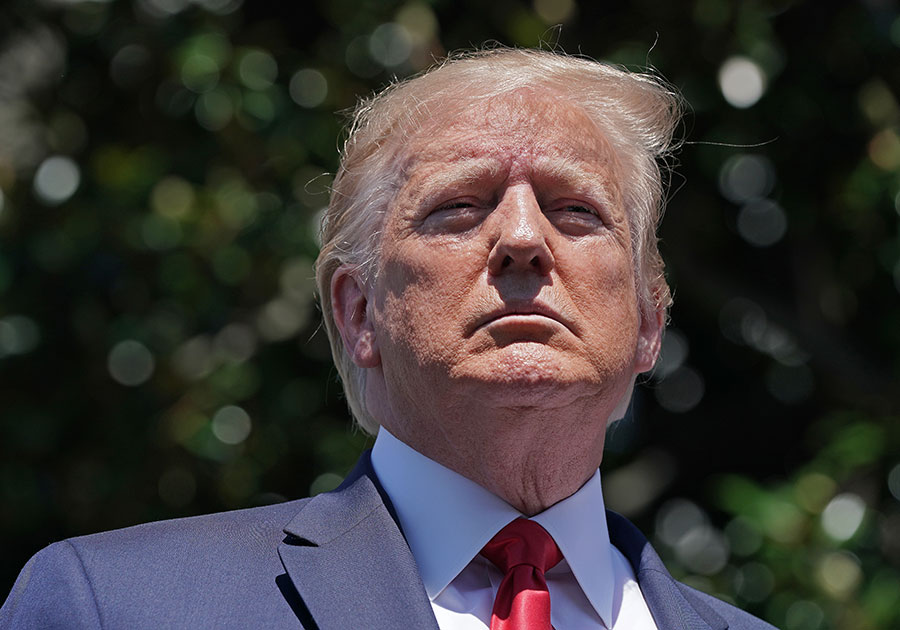 President Trump addresses American business owners during the 3rd annual 'Made In America' product showcase at the White House, one day after tweeting that four Democratic congresswomen of colour should “go back” to their own countries. (Photo: Chip Somodevilla/Getty Images)

Yesterday, the U.S. House of Representatives voted to formally condemn President Donald Trump for the “racist comments” he made toward four Democratic Congresswomen.

While the vote doesn’t carry any legal or political consequences, it does provide the Democrats with a chance to publicly lambaste the President for his inappropriate comments.

The whole incident was (not surprisingly) touched off by a Trump Tweet sent out last Sunday in which he called out the Squad — Alexandria Ocasio-Cortez, Rashida Tlaib, Ayanna Pressley and Ilhan Omar — for criticizing White House policy.

The President’s tweets said that the four Democrats — all women of colour — should “go back and help fix the totally broken and crime infested places from which they came. Then come back and show us how it is done.”

Omar called the President’s tweets “a blatantly racist attack” describing it as “the agenda of white nationalists.” Her colleague Ocasio-Cortez echoed this, saying, “Weak minds and leaders challenge loyalty to our country to avoid challenging and debating the policy.” And Pressley urged people “to not take the bait.”

After yesterday’s vote, Trump held a chaotic and rambling press conference outside the White House where he defended his tweets, suggested the four congresswomen could leave if they were not happy, made a series of bizarre statements and repeatedly shouted down hecklers.

Trump has used this “go-back-to-where-you-came-from” insult before and though he was roundly condemned by the media for its school-yard childishness and racist overtones, he’s never been officially rebuked.

But when he kept up his excoriating attacks on the Squad, House Speaker Nancy Pelosi had little choice but to take the drastic action.

“Every single member of this institution (the House] Democratic and Republican should join us in condemning the President’s racist tweets,” said Pelosi in yesterday’s vote. “To do anything less would be a shocking rejection of our values and a shameful abdication of our oath of office.” She was later ruled out of order for describing the tweets as racist.

Pelosi, who has had her moments of disagreement with the Squad (last week Ocasio-Cortez expressed her frustration at Pelosi’s “explicit singling out of newly elected women of colour”) could not give Trump a pass on his tweets. She tweeted that the President is just reaffirming “his plan to ‘Make America Great Again’ has always been about making America white again.”

On the same day the Democrats were condemning Trump, one Senator was preparing an impeachment resolution against him. Yesterday, Democratic Rep Al Green of Texas introduced the articles of impeachment against Trump “for bigotry in policy, harmful to our society.”

Green’s motion creates a dilemma for the Democrats. Many in the party, including Speaker Pelosi, want the party to focus on policy, not impeachment proceedings. According to CNN, the Democrats will likely kill the motion before it goes to a vote.