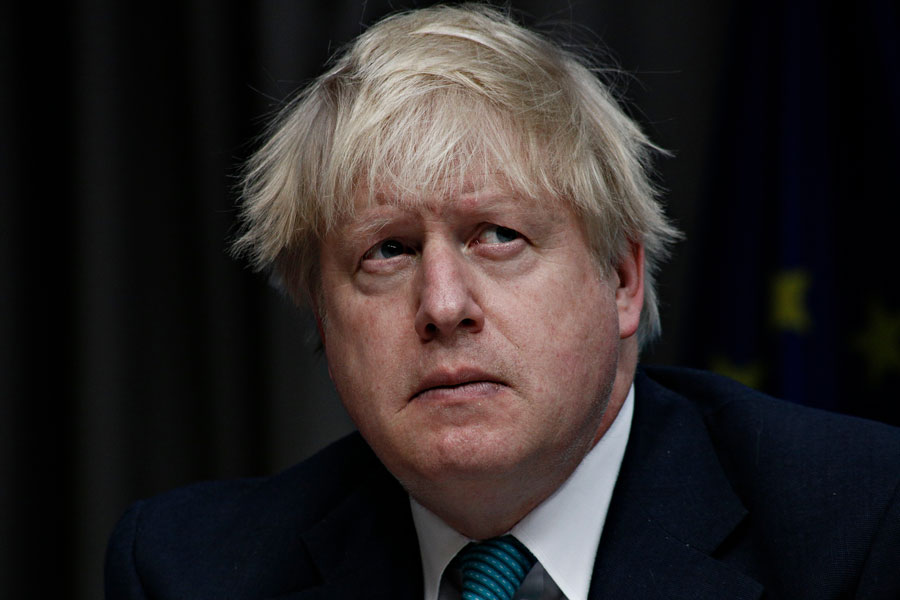 Boris Johnson's decision to prorogue parliament to speed up Brexit has caused protests across the U.K. (Photo: Alexandros Michailidis/Shutterstock)

Proroguing — or dissolving — parliament is a political gambit that’s only used in the most extraordinary of cases. Regardless of its expedience, dissolving parliament inevitably casts the leader as undemocratic and tyrannical.

Johnson made his move to hinder parties that are opposed to Brexit from passing legislation that would limit his ability to withdraw from Europe without a deal by the Oct. 31 deadline.

Johnson has said repeatedly that he favours “No Deal” — a clean break with the European Union. Most politicians want some exit agreement similar to the ones former Prime Minister Theresa May tried and failed to negotiate.

His controversial decision to stop Parliament from sitting until Oct. 14 has not only touched off a storm of protest in England, but it’s divided the ruling Conservative Party and created a rift in his own family, prompting his brother Jo, an MP, to express his dissatisfaction with proroguing by resigning.

Johnson, however, will press ahead. By adamantly refusing to negotiate an exit deal, he says he’s only following the mandate expressed by voters in the 2016 referendum.

Much like Coronation Street, Brexit has become a tiresome British soap opera that never seems to end. Johnson is hoping proroguing parliament will be a prelude to the final episode.

However, Johnson only needs to consult his history books to see that the decision to prorogue parliament is often a desperate measure made by an even more desperate leader. Let’s look at some past examples of leaders who have gone down this precipitous path.

King Charles I lost his head

What caused it: In 1629, Charles I sat through an uncomfortable session in Parliament in which he came under heavy criticism for a tax he had imposed without consent from the Members. Upset at the MPs, he prorogued Parliament for 11 years and ruled with a free hand.

What Boris can learn: With the current Brexit chaos, Johnson would undoubtedly like nothing better than to prorogue Parliament for the next 11 years. However, considering that King Charles I’s move touched off a civil war that ended with his head being chopped off, the current British leader might be wise to limit his prorogation to a few weeks.

John A. Macdonald used it to avoid scandal

What caused it: In 1873, our first Prime Minister received consent from Governor General, the Earl of Dufferin, to prorogue Canada’s second Parliament. Members were investigating Macdonald’s involvement in the Pacific Scandal and the PM wanted to limit their work and avoid a huge embarrassment.

What Boris can learn: Macdonald’s move didn’t work. It was eventually proved that he took bribes from contractors building the Canada Pacific Railway and he was forced to resign in disgrace.

What caused it: In 2002, Prime Minister Chretien was embroiled in a scandal of his own, this time the sponsorship scandal where public funds were directed to ad firms that supported the Liberal Party. Like Macdonald, Chretien asked Governor General Adrienne Clarkson to prorogue Parliament to stop MPs from asking embarrassing questions about his role in the scandal.

What Boris can learn: Once again, the move to prorogue Parliament bought him some time but, in the end, the ugly truth came out and Chretien was forced to “step down” as Liberal leader.

Stephen Harper: First time lucky; second time, not so much

What caused it: In 2008, Stephen Harper’s Conservative government won a slim minority over the Liberals. Behind the scenes, the opposition was plotting to bring down the Conservatives by forming a coalition, led by Liberal leader Stephan Dion and including Bloc Québécois leader Gilles Duceppe, NDP leader Jack Layton, and Green Party leader Elizabeth May. When Harper caught wind of the deal, he asked Governor General Michaëlle Jean to prorogue parliament because it had become so dysfunctional. Harper actually prorogued parliament four times while he was Prime Minister.

What Johnson can learn: The 2008 prorogation is one of the few cases where the decision to prorogue Parliament actually worked. After Parliament resumed sitting, the Liberals had changed leaders and were no longer interested in forming a coalition to bring down the government. Harper survived and went on to win two majority governments. The fourth and final time he dissolved Parliament, in 2013, to avoid more questions on the Senate expense scandal, the move backfired. Harper portrayed as a desperate leader using his power recklessly to run away from a scandal. This negative perception contributed to his losing to Justin Trudeau in the 2015 election.