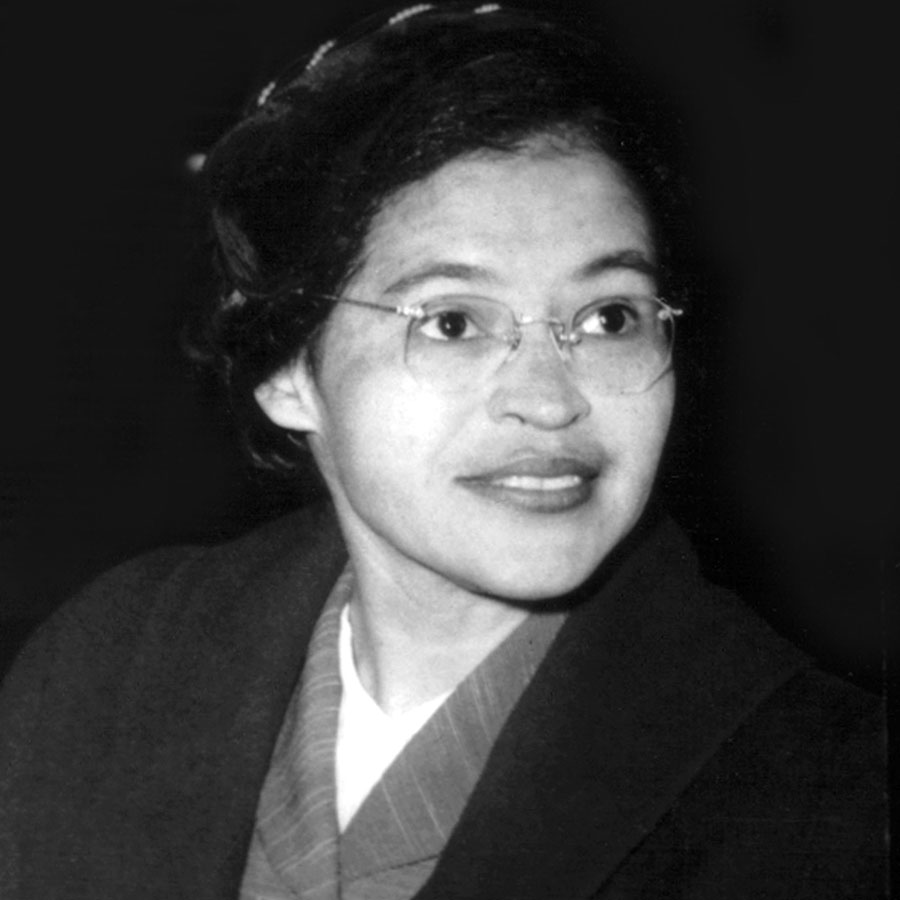 On Dec. 1, 1955, 42-year-old Rosa Parks, above, refused to move to the back of a bus in Montgomery, AL., triggering a protest that continues to resonate. Photo: Photo12 / UIG / Getty Images

On this day 65 years ago — Dec. 1, 1955 — 42-year-old Rosa Parks boarded a bus in Montgomery, Ala., and sat in the “coloured only” section near the middle of the bus, directly behind seats reserved for whites. As the bus began to fill up with white passengers, some of whom were left standing, bus driver James Blake moved the “coloured” section sign behind Parks and demanded that she, along with three other Black passengers, give up their seats in the middle section so that the white passengers could sit down.

While other Black riders rose and headed to the back of the bus to stand for the remainder of their trip, Parks refused. Blake then ordered her to move. Rather than bow her head and divert her eyes, Parks stared directly into Blake’s eyes and, as his lips trembled in anger, said, “No.”

“Well, I’m going to have you arrested,” Blake responded, to which Parks said, “You may do that.”

After being charged with a violation of the segregation law of the Montgomery City code — even though she was technically seated in a designated “coloured” section — Parks conferred with Edgar Nixon, president of the Montgomery chapter of the National Association for the Advancement of Colored People (NAACP), who later took the idea of a bus boycott to the AME Zion Church and the Women’s Political Council. Eventually, the Montgomery Improvement Association (MIA) was created to lead the boycott efforts.

The almost total boycott of the Montgomery’s bus system, which lasted for 381 days until they were successful in gaining de-segregation, was led by Martin Luther King Jr., a relative newcomer to the city who was thrust into the national spotlight as a civil rights leader. These events, however, pushed Parks to the sidelines of the civil rights movement that started in response to her act of civil disobedience.

Meanwhile, in Canada, 74 years ago — nine years before Parks — Viola Desmond, who now graces our 10-dollar bill, defied de facto segregationist policies in Nova Scotia through a similar refusal to give in.

On Friday, Nov. 8, 1946, 32-year-old Desmond was on her way to Sydney, N.S., to sell her line of beauty products. Because there were few options for Black women in terms of hair-care products, Black entrepreneurs like Desmond often brought their products directly to their customers. On that day, however, her car broke down in New Glasgow, N.S. After being told that the repairs would take 24 hours, Desmond decided to pass some of the time by going to see a film — The Dark Mirror, starring Olivia de Havilland — at the Roseland Theatre, the town’s only theatre at the time.

After purchasing her ticket, Desmond sat in the main floor section. As the movie started, however, the ticket seller followed her in to inform her that Black people were not allowed to sit in the main floor section. When she refused to sit in the upper balcony, the theatre’s manager, Henry MacNeil, called the police who arrived and grabbed Desmond by the arm , dragging her, with MacNeil’s assistance, out onto the street.

After spending the night in jail, Desmond was charged with attempting to defraud the provincial government of one cent — the difference in tax between upstairs and downstairs ticket prices; the judge also fined her $26 (six of those dollars went to MacNeil, who was listed in the court proceedings as prosecutor). Denied the right to legal counsel, Desmond left New Glasgow confused, humiliated and defeated.

With the support of Pearleen Oliver, the first Black graduate of New Glasgow High School and founder of the Nova Scotia Association for the Advancement of Coloured People (NS AACP), her husband, Reverend William Pearly Oliver, who presided over an exclusively Black congregation at Cornwallis Street Baptist Church (now named New Horizons Baptist Church) and activist Carrie Best’s publication The Clarion, which put Desmond’s case on its cover, Desmond decided to fight the charge. Despite her efforts, however, Nova Scotia Supreme Court Justice Maynard Brown Archibald dismissed her case.

Both Blake and MacNeil lived in societies where they were empowered to enforce segregationist laws on an ad hoc basis, whether they had the legal authority to do so or not. In other words, while segregation was enforced by laws in America and by custom in Canada, they could be applied arbitrarily if (and when) an individual felt like it. On these two fateful days, the random enforcement of Jim Crow proved to be the tipping point for uprooting sanctioned discrimination.

Sadly, there are still people who believe it justified to call the police on Black women and men, even though no laws have been broken, when we enter cafes, walk in parks, study at university, book hotel rooms or peacefully march in protests.

While we have iconic civil rights photographs of Parks being fingerprinted in 1956, after her arrest she lost her job and, for the rest of her life, lived in financial precarity until her passing in 2005 at the age of 92.

Similarly, after her arrest and unsuccessful legal case, Desmond’s life changed for the worse. Her marriage to Jack Desmond (whom she had married in 1936 and whose barbershop was located beside her hair salon on Gottingen Street in Halifax’s north end) fell apart, she eventually quit the beauty business, moved to Montreal and, later, New York City. It was there, on Feb. 7, 1965, that she died of a gastro-intestinal hemorrhage at the age of 50.

Today, however, Black women remain at the forefront of social justice movements — like #MeToo founder Tarana Burke, who coined the phrase to raise awareness of the pervasiveness of sexual abuse and assault. Then there are Alicia Garza, who co-founded Black Lives Matter (BLM) in 2013 following the acquittal of George Zimmerman in the shooting death of 17-year-old Trayvon Martin, and Sandy Hudson, who co-founded Black Lives Matter — Toronto (BLMTO) in 2014 following the death of Jermaine Carby in Brampton, Ont., at the hands of Peel Regional Police.

And as recently as this year, the longstanding work of Black women in the U.S. Democratic Party was finally noticed. That includes Kamala Harris’s historic election as the first female, Black and South Asian U.S. vice-president, as well as politician and activist Stacey Abrams’ efforts to fight voter suppression in Georgia — which helped allow Joe Biden to become the first Democratic presidential candidate in 28 years to win the state.

Black women have begun to break the glass ceiling in Canadian politics as well. When Annamie Paul became the new leader of the Green Party of Canada, she noted in one of her first statements, “[In Canada’s justice system] change is needed all over the place.” It’s truly refreshing candour we rarely hear from politicians at any level.

And while Paul was eventually defeated in a by-election in the Toronto-Centre riding to another Black woman — Marci Ien, former journalist and talk show host-turned-politician — both women represent hope that not only can the faces of Canadian politics change but also the policies that affect Black lives.

Today, because of “intersectional invisibility,” a term that describes Black women’s unique experiences of both racism and sexism that often go unappreciated by larger movements, the efforts of Burke, Garza and many others have not always been recognized. While Parks and Desmond could never had imagined that Black women would reach the levels of power and visibility they have today, their greatest legacy is the reminder to never give in.

Political wins are great, and they matter. But it’s the thousands of unnamed Black women who fight for social justice every day in their communities, at their schools and companies, who we must acknowledge, support and empower. We keep the legacies of women like Rosa Parks and Viola Desmond alive by turning their dreams into a reality.

Cheryl Thompson is an assistant professor in the School of Creative Industries at Ryerson University. Her next book, Uncle: Race, Nostalgia and the Politics of Loyalty will be published by Coach House Books next February.

The Debut of Viola Desmond’s $10 Bill