U.S. President Joe Biden Will Rely on Age and Experience to Heal a Sick and Weary Nation 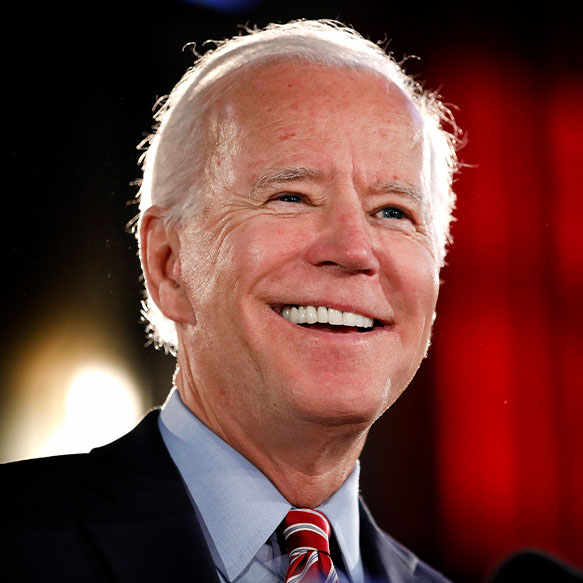 He was one of the youngest senators ever in American history when he was first elected to Congress in 1973 and, at 78, Joseph Robinette Biden Jr. will be sworn in as the 46th President of the United States, becoming the oldest man to ever hold that office.

Biden defeated Donald J. Trump who, at 74, had held that record and leaves his disastrous one-term presidency proving the old adage “There’s no fool like an old fool.”

But the behaviour that led to Trump’s shocking but not entirely surprising self-immolation is more typical of another, much younger demographic. A popular Twitter hashtag #toddlerinchief (turned book, The Toddler in Chief: What Donald Trump Teaches Us About the Modern Presidency) created by Daniel Drezner, professor of international politics at the Fletcher School of Law and Diplomacy in Medford, Mass., says it best.

Trump’s remarkable make-believe world, lack of impulse control and refusal to take responsibility for any of his decisions that had negative consequences allows one to indeed see his tenure in the Oval Office as that of a toddler with power. Similarly, one could view Trump’s enablers on staff and in the Republican party brass as parents cowed into submission by the dangerously incorrigible child they allowed to run rampant.

On his way out of power, Trump escalated his habit of selling industrial amounts of delusional lies and misinformation, his disinterest and distrust of competence and his wilful dereliction of duty in matters big and small. And like the spoiled brat who smashes the chessboard rather than admit that he has lost the match, Trump has left Biden to pick up and put back together the pieces of a superpower weakened on the world stage.

Trump’s America First geo-political policy has ironically hastened the end of the American Century and, in the twilight of his years, Biden’s task is to unite and restore a nation riven by internal issues. Conspiracy theories amplified on social media and in polarized media echo chambers will leave Biden to govern a population of which a significant part has rejected science and objective information as fake news and believes Biden did not win the election freely or fairly.  The late Senator Patrick Moynihan’s famous quote “You are entitled to your opinion, but you are not entitled to your own facts” is quaint by Trumpian “alternative fact” standards.

This has put America on the losing end of the coronavirus fight — Biden’s biggest immediate problem — and climate change — an encroaching threat. And then there’s the existential threat against democracy. As the Trump-instigated insurrection on the Capitol laid bare — breaking America’s record of the peaceful transfer of power that has made its democracy a beacon to the world since its founding — Biden will also have to deal with a rise in emboldened white supremacy violence and hate that has been a feature, not a bug, of the last four years.

Many have questioned Biden’s ability, given his age, to meet the physical and cognitive demands of the office. But not only is he old enough to do it, he also has the personal attributes and habits — faith, purpose and physical fitness —that we know lead to successful aging. And he also models the most desirable traits associated with age — experience, resilience and wisdom.

While Trump exudes a malignant charisma with the swagger of a celebrity mob boss, Biden is all about everyday, everyman decency projecting a genial “Uncle Joe” persona with a can-do vibe.

Biden has also been tempered by tragedy. He lost his first wife Neilia and infant daughter daughter Naomi in a car crash in 1972, after winning that first long ago senate campaign. He was sworn into office at the hospital bedside of his two surviving sons. And then in 2015, his eldest son and political heir, Beau, died of a malignant brain tumour at the age of 46. It’s perhaps because of this  that he wears his empathy on his sleeve – a salve for a nation in need of healing.

Biden movingly recounts how he dealt with this grief and found renewed purpose in his 2017 memoir, Promise Me, Dad, and how he now enjoys a full family life with Dr. Jill Biden, who, at 69, will continue to work while performing her duties as First Lady. His daughter Ashley and a slew of grandchildren, some courtesy of his surviving son, Hunter, add to his irrepressible joy. That Hunter is now in recovery, surviving addiction and scandal, which was used by Biden’s political enemies during the election, makes this family moment all the sweeter.

He has been humbled by failure — he has had two failed presidential runs, proving that it is never too late. The first was three decades ago,  with the general gist of his political obituary on more than one occasion being that he was past it — before he came roaring back to win in 2020.

His second failed presidential run in 2008, which resulted in him becoming President Barack Obama’s vice-president, signals another key attribute of positive aging — the ability to change.

In taking on the role of VP, Biden had to be convinced to give up his comfortable position as a senior senator with a powerful perch. But he took the plunge to work for a boss 27 years his junior. And what a bromance that became.

So “Amtrak Joe” is not an average Joe after all, but a man of destiny who has made his own long journey to greatness. And Biden was crucial to a historic pivot as his presence on the Obama ticket delivered a necessary voting bloc to usher in the first African-American president of a country scourged by slavery. Biden has been a catalyst of the continuum of history by choosing Kamala Harris as his running mate, and thus vice-president, giving women, African-Americans and South Asians their first representation in that role in one fell swoop.

A man of the past who has a vision of how to respond to the future, precisely because of that past, is certainly the man for the moment.

An abbreviated version of this article appears as the Editor’s Letter in the February/March 2021 edition of Zoomer magazine.