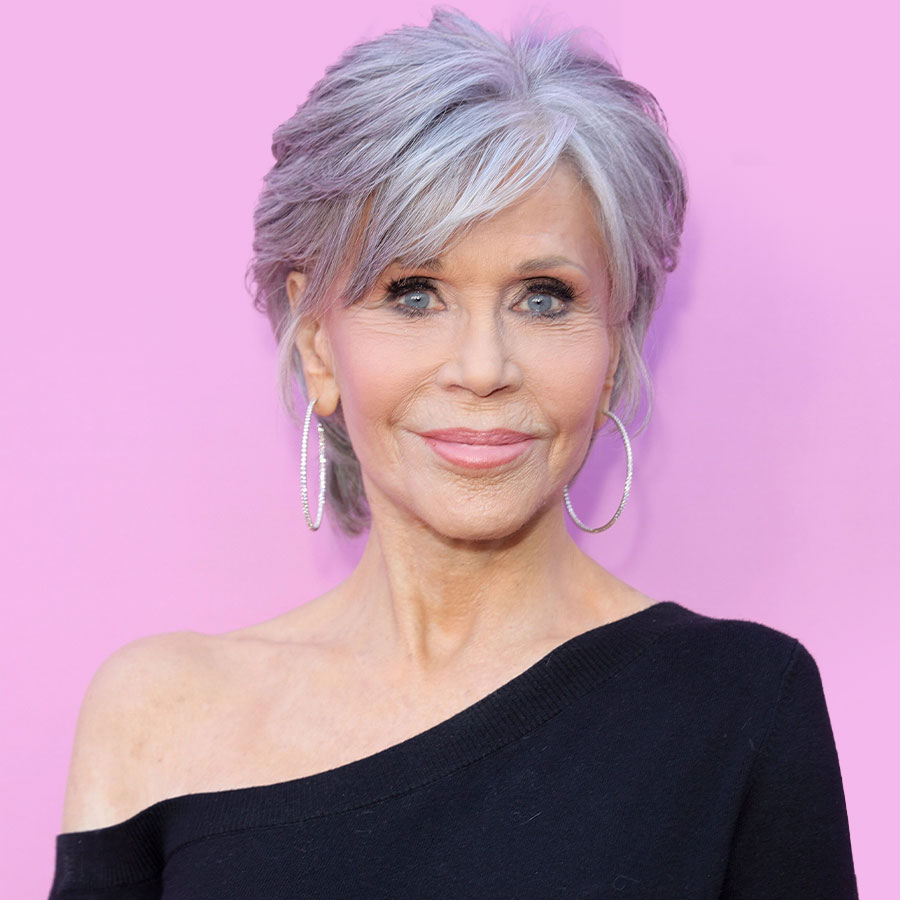 Jane Fonda is having a banner week.

To start, the 84-year-old actress and two-time Oscar-winner launched her new YouTube workout series, H&M Move, a collaboration with the Swedish fast fashion brand and JaQuel Knight, the choreographer best known for his work with Beyoncé.

The workout series and fashion collab coincide with the 40th anniversary of the first Jane Fonda Workout video, which still holds the record for most popular (non-theatrical) home video of all time. Fonda, who did the series to raise funds for her then-husband’s (Tom Hayden) political action group, single-handedly both popularized aerobics – bringing fitness to a broad demographic – and set a major ’80s fashion trend with her signature workout look: bold leotards with leg warmers.

In the new video, Fonda wears a sleek black long-sleeved bodysuit, and dances up a storm to demonstrate how critical movement is to healthy aging.

Fonda also made news earlier this week for talking to Vogue about having had face lift in the past, and the regret she feels about that decision today. The long-time activist, whose most recent passion is fighting climate change, admitted to Vogue: “I had a face lift and I stopped because I don’t want to look distorted. I’m not proud of the fact that I had [one]. Now, I don’t know if I had it to do over that I would do it.” She goes on to say that besides eating right and exercising, that “Laughter is a good thing, too.”

And to cap the week, her new movie, the animated family feature Luck — in which Fonda plays Babe the Dragon — premieres on Apple TV+ on August 5.

Directed by Peggy Holmes, Luck is a very sweet story about a young woman named Sam Greenfield (Eva Noblezada) “the unluckiest person in the world.” Sam is a foster child who ages out of the “system” and sets out on her own. She has an encounter with a magic cat named Bob (Simon Pegg) and winds up with his lucky penny. When it disappears down a toilet, the unlikely duo have to return to Bob’s home, the Land of Luck, to retrieve it. There, they face off with Bob’s tough boss, The Captain (Whoopi Goldberg), and ultimately turn to Fonda’s character, Babe the Dragon, who runs the Good Luck part of the Land of Luck. Babe has to face her fear of bad luck, and learns from the wise young Sam that good luck can’t exist without its bad counterpart. The engrossing movie features a few fun cameos (John Ratzenberger, who played Cliff Clavin on Cheers , for one, pops up at the bar in the Bad Luck part of the Land of Luck).

Fresh from a long stay in Italy this past spring, where she filmed the upcoming sequel Book Club 2, Fonda recently spoke with Zoomer via video from her home in California to discuss her role as Babe the Dragon, her enthusiasm for the animation genre (“a great gig for an older person”), the role of luck in her real life and how she earned Katherine Hepburn’s respect by facing her own fears while filming On Golden Pond.

LEANNE DELAP: What drew you to this film?

JANE FONDA: I have wanted to get more into animated films, voicing in animated films, for all kinds of reasons. I like animated films. It’s a great gig for an older person, doesn’t matter how you look, you can have a bad hair day. But it’s fun especially if you are working with a good director. And the director Peggy [Holmes] on this one was wonderful. I love how more and more I’m working with young women in positions of power. It’s not how it used to be and it makes me very happy. And there’s a lot of that in the animated world.

LD: Tell us a bit about your character, Babe.

JF: I liked the dragon. I liked the character. I was the one who came up with the name Babe, because after we finished talking about her and developing her character, she was more of a babe. I wanted her to be a little bit flirtatious, swing her tail around a little bit like a boa.

She’s a romantic. She’s also a CEO but she cares about her workers. She goes down on the factory floor and she talks to them and gives them pep talks and gets them to work out in the morning so they will be bright and bushy-tailed. She really cares about them so I liked that about her. She’s a little ambivalent about the smoke that comes out of her nose. She’s a little bit embarrassed about it. I like her. She’s strong but she is vulnerable.

LD: The plot pivots around Babe coming to a realization, learning and growing in the film. Is it important for kids to see adults changing their minds and learning?

LD: How do you feel about the role of luck in your life?

JF: I think you have to prepare for it. I don’t know who said it, but luck is preparation meeting opportunity. Opportunity can come along for people, but if they are not prepared to see that it is there, and see and make something of it, then it just goes past. You’ve got to kind of prepare yourself to take advantage of what comes along. To me, a perfect example that comes to my mind is Greta Thunberg, the young Swedish climate activist. She’s on the autistic spectrum. She could have fallen by the wayside but because of the support of wonderful, smart and supportive parents, and because of her own intelligence and her studying of science, she was able to use what is a disadvantage, which is her autism, and turn it – in her words – into her superpower. This ability to laser focus on something no matter what anybody thinks, nothing gets her off her focus. This is an example of luck. I read her and it changed my life. I was waiting for something like this to happen, but it was her words and her clarity. And the fact that she was autistic made me know to believe her.

LD: This wasn’t your first animated role, as you also appeared on The Simpsons (in 2014). How do those experiences compare?

JF: The Simpsons was fun, and I very much impressed my grandchildren. I did a role for a children’s TV series for Disney, Evelyn of Avalor. That wasn’t so much fun. Luck was really a good experience for me.

I guess it is a new skill. I really needed to get to know what kind of a person (Babe) was … Is she vain? Doesn’t she care more about how she dresses? Is she upset about smoke coming out of her nose? How does she use her tail?

LD: Babe the Dragon has to face her deepest fear. You’ve said the two of you are alike. How does her reaction to facing fear compare to your own?

JF: We have fac[ing] fear in common. During the making of On Golden Pond, I had to do a backflip into a very cold New England lake. I hate cold water. I hate going over backwards. I’ve never really done a backflip. I didn’t want to do it. But I was ashamed to tell Katherine Hepburn, who plays my mother, because she did this very famous dive in The Philadelphia Story. So I worked for two months practicing and practicing and practicing, and as I was crawling out of the water after I finally did one, who comes out of the bushes? She (Hepburn) was hiding in the bushes! I’m covered in bruises. She walks over to me and she says [here Fonda adopts a gravelly Hepburn accent],  “Jane, you’ve taught me to respect you. You’ve stood up to your fears. That is the most important thing. Otherwise you are going to get soggy. You have to teach your children not to get soggy.” So in a way, Babe is a lesson in how not to get soggy.