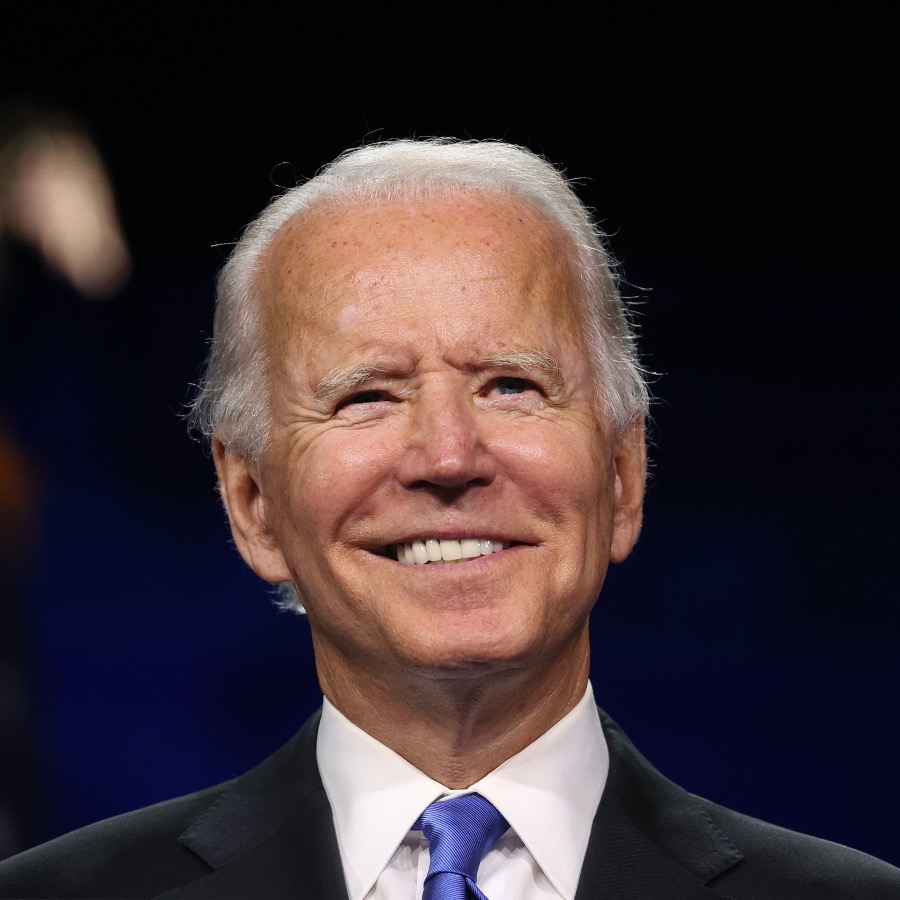 As Joe Biden wraps up the first-ever virtual democratic convention with a moving speech, above, we take a look back at some of his best viral moments. Photo: Win McNamee/Getty Images

Come this January, Joe Biden, 77, could relish in two victories over President Donald Trump. Of course, replacing the current commander-in-chief in the Oval Office is the most significant, but at the age of 78 on Inauguration Day, he’d also eclipse Trump as the oldest person to assume the presidency (Trump was 70).

The road to that moment, however, isn’t easy, with some continuing to debate whether Biden is too old to be president while the ongoing pandemic steers him away from the traditional campaign trail full of packed arenas, shaking hands and kissing babies toward one that demands a tech savvy approach.

In that sense, the first-ever digital Democratic National Convention (DNC) proved a mighty test, and Biden nailed it — dispelling any question about how well a 77-year-old candidate might navigate such a massive digital platform.

Over four days the DNC brought Americans of all backgrounds, creeds and colours together virtually, including a 95-year-old Second World War vet, Republican and former Trump supporter from Michigan named Edward Good, who declared, “I think Joe Biden will be a great leader for the United States” while calling Trump “the worst president we’ve ever had.” And at 95 years-old, imagine how many presidents he’s seen.

Meanwhile, Biden charmed viewers throughout the week, including on Tuesday when, after his wife, educator Dr. Jill Biden, delivered her speech, Joe made an off-the-cuff appearance that was tailor-made for an online audience craving the unexpected.

First, he appeared to say, “Hey everyone, I’m Joe Biden’s husband” when he entered the video, but it’s difficult to tell if he was saying “Jill” and it just sounded like “Joe.” Joe Biden is a self-professed “gaffe machine,” so you never know. But either way, after embracing her on camera he showered her with a number of compliments calling her “the love of my life,” the “rock of our family” and “the strongest person I know.”

Of course it wouldn’t be a spontaneous Biden appearance without a quirky finish for viewers to remember it by.

“Just think of your favourite educator who gave you the confidence to believe in yourself, that’s the kind of first lady, lady, lady, lady Jill will be,” Biden said before kissing Jill on the forehead.

The emphasis on the word “lady” had Twitter users debating what he was trying to convey with theories ranging from a possible slight against current First Lady Melania Trump to a play on his stutter, but overwhelmingly audiences found it endearing.

And Biden’s own stirring speech to close out the DNC on Thursday night received praise from people on the left and the right — including from Fox News host Chris Wallace, who called it, “enormously effective” and one that “blew a big hole” in usual anti-Biden sentiment that slams the Democratic hopeful as the confused and unintelligent “Sleepy Uncle Joe.”

And Wallace is right. Biden’s speech addressed the difficulties currently facing the nation while inspiring hopefulness and a genuine sense that he and his team are up to the task of restoring peace and normalcy and even happiness to America.

“Give people light and they will find the way. Those are words for our time. The current president has cloaked America in darkness for much too long — too much anger, too much fear, too much division.

“Here and now I give you my word if you entrust me with the presidency I will draw on the best of us not the worst. I’ll be an ally of the light not the darkness. It’s time for us, we the people, to come together. And make no mistake, united we can and will overcome this season of darkness in America.”

When you give people light, as Biden pledged to do, you also give them permission to laugh again. And so, as the Democratic candidate continues to navigate the digital campaign trail and inspire voters across the country, we’re looking back at some of our all-time favourite funny and endearing Joe Biden viral moments.

While many politicians tend to have that cardboard cutout aesthetic in photos, Biden seems to offer endless possibilities for meme makers. From memes that play off of his enduring bromance with Barack Obama to the potential mischievous pranks he had planned for Trump’s initial arrival at the White House, here are some of our favourites. After winning a handful of primaries on Super Tuesday Joe Biden took to Twitter to share an attempt at his own meme with a Joementum hashtag to boot, utilizing a video clip in which he tells an interviewer, “I ain’t dead, and I’m not gonna die.”

Borrowing from a popular online meme, the frame freezes and a pair of sunglasses drop down over his eyes as “Won’t Get Fooled Again” by The Who plays.

A Stand Up Blunder

As noted earlier, Joe Biden is known to make the occasional gaffe. Still, he never lets it trip him up. And there was none bigger than one that occurred on the 2011 campaign trail in Columbia when he asked Missouri state senator Chuck Graham to stand up for a round of applause. The only problem, Graham was confined to a wheelchair. Not missing a beat, Biden unabashedly recovered.

“Oh, God love you. What am I talking about,” he says quickly. “I’ll tell you what, you’re making everybody else stand up, though, pal. Stand up for Chuck!”

At a signing ceremony in 2011 for healthcare reform legislation that extended coverage for 32 million uninsured Americans, Biden got the opportunity to give his boss some much deserved kudos.

“Mr President, you’re the guy that made it happen… You’ve done what generations of great men and women have attempted to do, Republicans and Democrats,” said Joe Biden, introducing Obama at the ceremony.

But as Obama stepped up to the podium, Biden felt the need to give him one last colourful reminder of how groundbreaking the legislation was.

“This is a big f—ing deal,” he whispered within an earshot of the microphone as he embraced Obama.

Biden’s recently announced running mate Kamala Harris is only the third woman to be selected as the vice president on a major party ticket and the first Black woman to be nominated.

Of course his progressiveness should come as no surprise, especially if you remember his self effacing endorsement of Hillary Clinton during a 2008 campaign rally, in which he admitted she was “as qualified or more qualified than I am to be Vice President of the United States.”

It’s not often you find Joe Biden at a loss for words, but Barack Obama’s 2017 parting gift to his VP left him speechless. During a ceremony disguised as a farewell address, Obama presented Biden with the Presidential Medal of Freedom, moving his friend and colleague to tears.

Once composed, Biden took to the podium where he struggled to articulate how moved he was by the honour.

“I don’t deserve this,” Biden says fighting back tears. “But I know this came from the president’s heart.”