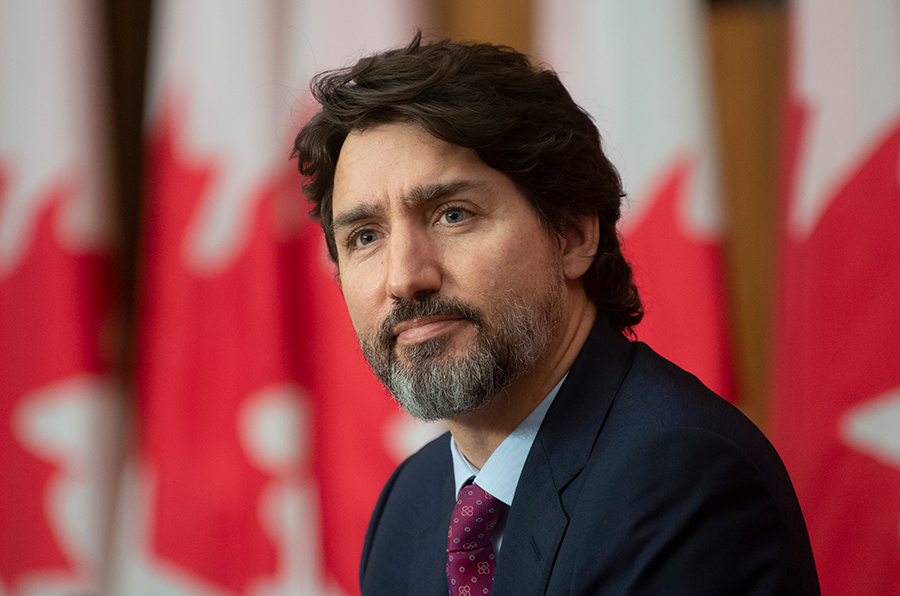 At a press conference today in Ottawa, Prime Minister Justin Trudeau announced that Canada would receive 249, 000 doses of the Pfizer vaccine in the month of December. Photo: Photo: The Canadian Press/Adrian Wyld

With many provinces reporting record-high cases of COVID-19 and health-care resources stretched to a breaking point, Prime Minister Justin Trudeau announced some good news today: the first doses of the Pfizer vaccine will begin arriving in Canada, well ahead of schedule.

“Canada has secured an agreement with Pfizer to deliver early doses of their vaccine. We are now contracted to receive up to 249,000 of our initial doses of the Pfizer-BioNTech COVID-19 vaccine in the month of December,” said Trudeau, speaking at a press conference today alongside Anita Anand, federal minister of public services and procurement, Dr. Howard Njoo, Canada’s deputy chief public health officer, and Maj.-Gen. Dany Fortin, who is heading the federal government’s vaccine distribution efforts.

“We want to deliver the vaccines to Canadians as soon as possible when they arrive,” said Trudeau, suggesting that the government is expected to receive up to three million extra doses by the beginning of 2021 (a combination of the Pfizer and Moderna vaccines).

He noted that the government is currently co-ordinating efforts between public health, Maj.-Gen Dany Fortin and the provinces and territories to identify 14 sites in “large urban areas” where the inoculation campaigns can begin.

Fortin projected that the 14 sites will be “ready next week.” And he added, “Once we’re comfortable with that process, we will expand into other areas in close co-ordination with provinces and territories.”

“We’re coming into the final miles of this crisis,” said Trudeau, noting that Health Canada’s regulatory process to approve the Pfizer vaccine is already underway and should be completed “later this week.”

The prime minister said that other vaccines – including those offered by Moderna and AstraZeneca – are also undergoing approval by Health Canada and will begin to be shipped to Canada sometime early in the new year. “I want to assure Canadians that any vaccine approved in Canada will be safe and effective.” Pfizer’s vaccine requires two injections, given 21 days apart, to prime the immune system well enough to fight off the coronavirus.

Trudeau wouldn’t say which priority groups would get the vaccines first, instead saying that the government’s focus is getting the vaccines out first to the most vulnerable people. He later said it would remain up to the provinces to adjust and implement federal guidelines in a way that would be “suitable to their populations.”

“Today’s announcement gives us assurance that there is light at the end of the tunnel,” said Anand. “Millions and millions of vaccines will flow into the country as they’re approved.”

While Trudeau was clearly in a good mood about this good news, he cautioned Canadians not to let their guards down just yet.

“While vaccines are on the horizon, remember they cannot protect you if you get COVID-19 now,” he said. “So let’s all buckle down and do what’s necessary to keep ourselves and others safe.”

COVID-19: What We Know About the Second Wave as Canada Prepares for Pfizer Vaccine Delivery by End of December