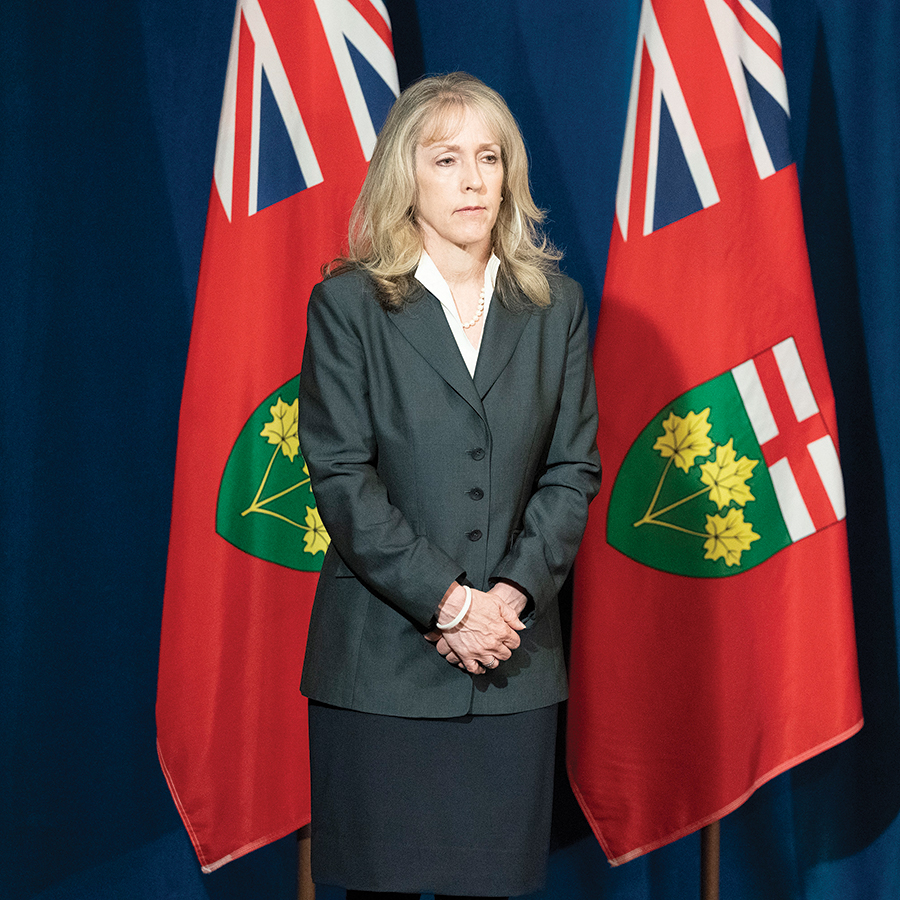 In mid-May last year, when the Canadian Armed Forces issued a shocking report on the appalling conditions they found when they were called in to assist Ontario nursing homes overwhelmed by outbreaks and death, Premier Doug Ford vowed he would seek “justice and accountability” for residents and their families.

At the time, Ford rejected calls to fire his long-term care minister, Dr. Merrilee Fullerton, despite heavy criticism from families of residents, opposition leaders, nurses unions and the media that she wasn’t doing enough to stop the deaths in nursing homes.

With the second wave of COVID-19 cutting a similar path of destruction through Ontario nursing homes, C.A.R.P., which is holding its Annual General Meeting  group feels that Ford can no longer defend his embattled minister.

To force the premier’s hand, C.A.R.P. started a campaign to fire Fullerton, whom the group feels failed to act quickly and decisively to avert the second wave from spreading in nursing homes. The campaign, called Enough Is Enough — Fire the Minister, began with a radio ad campaign in December along with a digital petition that has garnered more than 7,000 signatures as well as the support of Ontario NDP leader Andrea Howarth.

“We’re not blaming the minister for allowing COVID-19 into nursing homes,” says David Cravit, C.A.R.P.’s Chief Marketing Officer who is spearheading the campaign. “We are saying that neither the minister nor the bureaucrats in her long-term care department did enough when there was a lull in the pandemic to prevent the second wave of COVID from being as devastating as the first.”

C.A.R.P. makes its case for Fullerton’s removal by pointing to the Ontario government’s own COVID-19 data. By early 2021, more than 40 per cent of the province’s 626 nursing homes were dealing with outbreaks and the number of residents who had died topped 3,600 by early February. More revealing, says Cravit, is that 60 per cent of Ontario’s second wave death toll were among nursing home residents — the same percentage that occurred in the first wave.

Cravit asserts that during the summer, when everyone was warning of a second wave, Fullerton’s ministry should have been preparing by inspecting homes, improving infection prevention and control procedures, and securing protective equipment. Most importantly, they failed to hire extra staff.

Did Fullerton Do Enough?

Fullerton, who defends her record saying that the government has spent more than $1 billion to protect nursing homes since the beginning of the pandemic, wrote an open letter to the Toronto Star in December suggesting that her ministry was “working closely alongside our partners in the health and long-term care sectors to protect our most vulnerable.”

She has also spoken publicly about the need to address the precarious shortage of long-term care personal support workers (PSWs) — who perform the bulk of the work and care inside nursing homes. Her response, which came too late and was largely unsuccessful, was to offer PSWs a temporary three-dollar-an-hour raise, bumping their average wage to $21 an hour.

But provinces like Quebec and B.C. both did much better in responding to their own PSW shortages. In June, Quebec launched an aggressive recruiting campaign that covered the training costs of new recruits and upped the pay of long-term care workers to $26 an hour. And in July, B.C. added new PSWs by retraining laid off workers from the hospitality industry.

While C.A.R.P. applauds this effort, it maintains that the measures weren’t enough. “All summer long, there were things the long-term care ministry should have done to prepare for a second wave they knew was coming, but they didn’t. And now we’re paying for that inaction,” says Cravit. “Why should Fullerton keep her job?”

C.A.R.P. stresses that its campaign to oust the minister is not politically motivated, pointing out that many of the problems that bedevil long-term care are the result of years of neglect by the previous Liberal government.

The petition includes a space for comments, which reveal the anger and frustration many people have over the government’s mishandling of the pandemic, especially those that watched their loved ones suffer and die alone or uncared for in long-term care homes.

“These comments alone make a compelling case that it’s time the premier moved and fired his long-term care minister,” says Cravit. “It’s obvious she has lost the confidence of the public.”

The dire situation in nursing homes across the country will be front and centre as C.A.R.P.  holds its Annual General Meeting on Feb. 11. NDP leader Jagmeet Singh will share his party’s vision for seniors and Toronto Star investigative journalist Moira Welsh will discuss her new book, Happily Ever Older: Revolutionary Approaches to Long-Term Care. (To take part in this virtual event, click here.)

A version of this article appeared in the Feb/March issue of Zoomer magazine with the headline “Justice & Accountability,” p. 30.