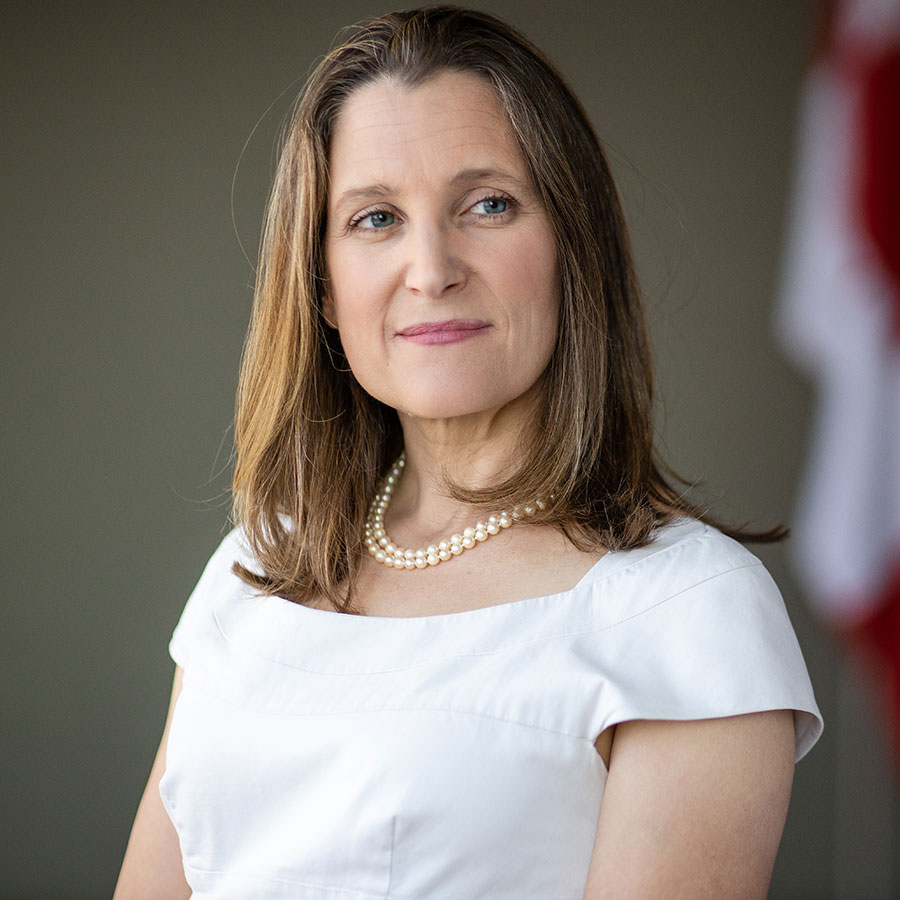 Finance Minister Chrystia Freeland has been tagged by Twitter for posting a “manipulated media” anti-Conservative election video on her social feed, signalling a  new effort by social media giants to crack down on deceptive election posts.

On Sunday, Freeland, who is running for election in the Toronto riding of University-Rosedale, posted a video of Conservative Leader Erin O’Toole answering a question at last year’s Conservative Leadership convention about whether he would bring for-profit health care to Canada.

While O’Toole answers yes to the questioner, he later qualifies the response saying that any health-care reform must be done under the proviso that “universal access remains paramount.”

Because Freeland’s clip failed to include this part of O’Toole’s answer, it was deemed to be “manipulated media” by Twitter Canada, and slapped with that label. “The tweets in question have both been labelled in line with our global synthetic and manipulated policy,” Twitter Canada told the CBC.

Today, O’Toole tried to put the issue to rest, telling reporters, “Let me be perfectly clear, I one hundred per cent support our public and universal health-care system.” And, at a campaign stop in Halifax today, Trudeau backed Freeland’s original tweet. “We posted the entire interview in its entirety, and I encourage all Canadians to take a look to see what Erin O’Toole has to say about what he sees on the future of health care.”

After Trudeau retweeted Freeland’s message, Conservative party officials asked the social media company to take down the video. They will also be sending a letter to Elections Canada urging the body to look into the matter. “It’s disappointing to see the Liberals resort to American-style divisive politics,” said Tory media relations manager Mathew Clancy.

Last week, the Conservatives had to pull down a social media attack ad that depicted Prime Minister Justin Trudeau as Willy Wonka, after Warner Bros., the studio that created the Willy Wonka and the Chocolate Factory movie, claimed it violated copyright.

“Per our copyright policy, we respond to valid copyright complaints sent to us by a copyright owner or their authorized representatives,” Twitter Canada told Global News.

The Twitter warnings come as part of a move by all the big social media companies to crack down on those “deepfake” videos, which manipulate existing videos in order to take quotes out of context. By doing so, they can make it appear a politician was saying something they didn’t intend.

The social media giants are trying to eradicate this type of video misrepresentation that began appearing in the U.S. election last year, including one of U.S. House Speaker Nancy Pelosi that was doctored to make it appear she was slurring her speech.

Twitter also made headlines last year when it blocked its users from reposting a New York Post slam piece on U.S. presidential candidate’s Joe Biden’s family. When users clicked on the article, they were informed that “the link has been identified by Twitter or our partners as being potentially harmful.”

In endorsing the declaration, the companies agree to work together “to ensure principles of integrity, transparency and authenticity are in place to support healthy and safe democratic debate and expression online, subject to Canadian laws and consistent with other legal obligations.”

Tale of the Tape: An Early Look at the Party Leaders, the Platforms and the Promises