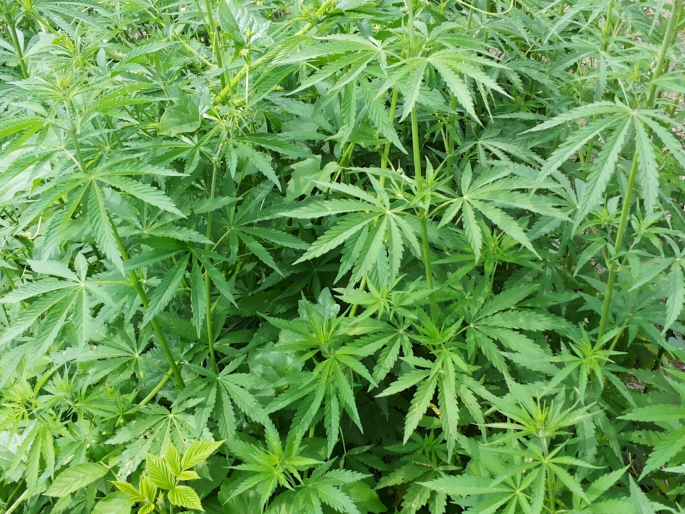 You can’t have your cake and eat it too but you can have your marijuana without smoking or inhaling it — or even baking the weed into brownies.

It’s good news for people who use marijuana to quell nausea, anxiety and pain that may accompany cancer treatment or other chronic health issues.

A decision last year by the Supreme Court made it legal for Canadians to use non-dried forms of marijuana, and licensed medical marijuana producers have been developing alternative forms of the drug.

This month, CanniMed Ltd., based in Saskatoon, was granted a licence by Health Canada to manufacture and sell edible cannabis oils.

Cannimed CEO and president Brent Zettl says the company has had inquiries about the oil from five different countries and received about 700 Canadian orders the first week the oil became available.

“We’ve had about half our patients modify their prescriptions” to switch to oil, he says. “There’s a comfort level related to something you can ingest.”

Also, because the measurement by millilitres can be exact, “doctors like that a lot better.”

Next: What exactly is cannabis oil and how do you use it?

What exactly is cannabis oil and how do you use it?

According to Zettl, food-grade alcohol is pumped through compressed cannabis flower material to extract the medicinal ingredients.

Olive oil is added and the mixture is heated to activate the medical ingredients. There’s no need for patients to provide additional heat — with a vaporizer or by lighting up — as is necessary with herbal cannabis.

Finally, additional olive oil is added and the product is bottled and packaged with an oral syringe. Patients can swallow the drops or place them under the tongue to be absorbed.

Six mL of cannabis oil is equivalent to one gram of dried cannabis.

But because the delivery method is different, the doses may not coincide.

Cannabis oil goes through the digestive system and the liver before going into the blood stream, explains Zettl.

Inhaling the dried product gets it into the blood stream right away through the lungs.

The oil may take an hour or more before taking effect and up to four hours to reach peak effect. But the effect does last longer.

New users of the edible oil are advised to start with a very low dose.

“Start low and go slow,” suggests Zettl. “You should definitely wait three or four hours before dialling up. The worst thing is take too much and have a bad reaction. If you start really low and have no reaction, that’s a good thing.”

“And I can see in the not too distant future moving to a decriminalization mode where it’s still not legal but, instead of being a criminal offence, it would be like getting a citation for smoking in public.”

Right now, the law regarding edible cannabis forbids adding any flavours to the potion. It’s also against the law for the technicians manufacturing the oil in the lab to sample it.

“Some of the technicians said it smelled like roasted chicken,” says Zettl. “It made everybody hungry.”

Surely it won’t be long before recipes for cooking with cannabis oil are available. A cannabis oil and balsamic vinegar dressing might be a good start.

Previously, their website offered instructions for making your own cannabis oil at home, using the dried herb to infuse olive oil, coconut oil, or other cooking oils. But these would lack a measurable dosage and the potency of the extracted oils now being manufactured by the licensed producers.

Tilray has 20 different non-smoking products in the pipeline, including drops in different strengths, gel caps, oral mucosal spray and topical oil. (Just think of the potential for creative and culinary use of these products!)

Older Canadians are likely to be more comfortable using one of these forms of marijuana rather than smoking it or using a vaporizer, says Philippe Lucas, Tilray’s Vice President of Patient Advocacy, and also to experience a better outcome, because the strong effect doesn’t peak right away.

“The older population, many of whom have been on high doses of pharmaceuticals for chronic pain and inflammation, is very enthusiastic about getting relief from ingestible cannabis instead,” Lucas says. “Patients say they use medical cannabis for better sleep and for reduction of pain and anxiety.”

But, he adds, “Seniors in Canada are underserved in using cannabis as a substitute for some prescription medications.”