Healthy Women Should Not Take Estrogen to Improve Memory 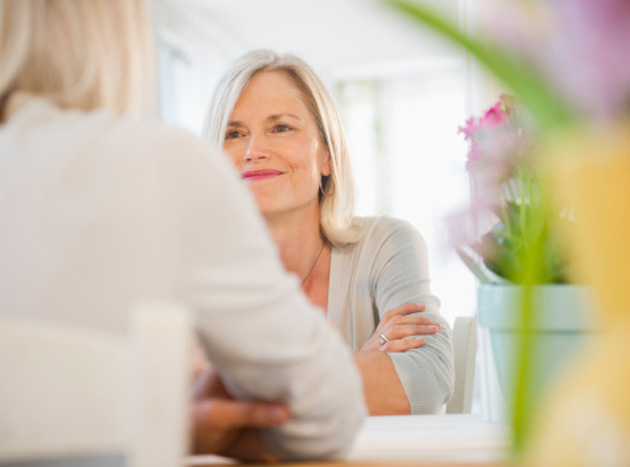 Hormone therapy has a negligible effect on verbal memory and other mental skills regardless of how soon after menopause a woman begins therapy.

The study is the first large, long-term clinical trial to compare the effects of estradiol, a type of estrogen, on the mental capabilities of women who start treatment soon after menopause versus those who begin after a long delay.

“Our results suggest that healthy women at all stages after menopause should not take estrogen to improve memory,” said Dr. Victor Henderson, professor of health research and policy and of neurology and neurological sciences at Stanford University.

“At the same time, they don’t need to be overly concerned about negative effects of estrogen on memory.”

The study, published online this week in Neurology, looked at one specific aspect of a longstanding controversy concerning the benefits and harms of hormone therapy for postmenopausal women.

The use of hormone replacement therapy dropped off after the Women’s Health Initiative found the risk for heart disease and breast cancer increased with HRT, while there were few benefits.

But there were still unanswered questions about whether the retention of mental abilities—such as memory, reasoning, planning and selective attention—is improved by starting hormone therapy soon after menopause rather than many years later.

The new study sought to determine whether outcomes for women taking estradiol, the dominant natural sex steroid in premenopausal women, and progesterone, another steroid involved in the menstrual cycle, would be different from those among women who took Prempro, which was used as part of the Women’s Health Initiative in the early 2000s.

Prempro is a mixture of modified estrogens derived from mares’ urine combined with medroxyprogesterone acetate, a substance whose effects approximate but do not duplicate those of progesterone.

The trial was also designed to determine when women should begin hormone therapy to ensure maximal benefits. Depending on the hoped-for clinical outcome, some evidence, mostly from animal studies, suggests that for a woman to benefit from hormone replacement, it may be essential to start soon after menopause, before the rapid postmenopausal decline in estrogen and progesterone availability irreversibly damages hormone-starved cells and tissues.

For this trial, healthy postmenopausal women were divided into two groups: an “early group,” composed of women whose last menstrual period had occurred no more than six years prior to the start of the study, and a “late group,” composed of women whose last period had occurred at least 10 years before the start of the study. Women in the two groups were then randomly assigned to daily oral regimens of either hormone therapy with estradiol or a placebo. Over a five year period, researchers analyzed tests of mental abilities of 567 women between the ages of 41 and 84, representing both the “early” and “late” groups of women.

The women’s verbal memory; their executive functions, such as judgment, planning, reasoning and focusing attention; and their overall neuropsychological condition were assessed at the beginning of the trial and at 2.5 years and five years later.

The difference between the two groups of women on any of these measures was negligible. There was no appreciable difference in test performance between women receiving estradiol and those given a placebo, regardless of how soon after menopause the women began treatment.

Henderson, who is also the director of the Stanford Alzheimer’s Disease Research Center, cautions that because women with cognitive deficits or outright dementia were excluded in this analysis, the study’s results apply only to women with good mental skills at the time they begin treatment.

Henderson also noted that there’s now some evidence that hormone therapy, initiated early, may have beneficial cardiovascular effects, while it is clear that late hormone therapy can contribute to heart disease.

Hormone therapy during the first five years after the onset of menopause is still approved for relief of moderate-to-severe hot flashes and night sweats, and also has beneficial effects on bone density.

“If you’re considering hormone therapy for those reasons, this study indicates that there’s no particular reason to fear harmful effects on cognition over a five-year period of use,” said Henderson. “But there’s no reason to expect that this treatment, by itself, will result in meaningful improvement of mental abilities, either.”