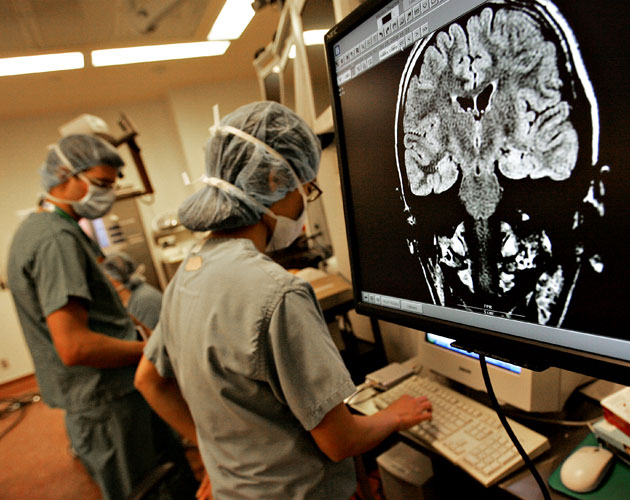 Canadian rocker Gord Downie faced a highly complex form of brain cancer, but recent advancements in the treatment have provided a better quality of life for patients.

Gord Downie ended his life with the same grace and affirmation that he lived it. Diagnosed with glioblastoma, an aggressive malignant brain tumour that is almost always terminal, he said his farewell to his fans and to the country that loved him with music.

RELATED: Courage: The Life and Legacy of Gord Downie

Not everybody knew that Downie’s neuro-oncologist, Sunnybrook Health Science Centre’s Dr. James Perry, accompanied him on the tour.

A glioblastoma diagnosis generally comes as a shock. The disease often strikes seemingly healthy, active people in midlife. About 1,000 Canadians are diagnosed every year.

The initial symptom may be a seizure, which is what Downie experienced in December 2016.

Glioblastoma, the worst kind of brain cancer, is confirmed by a biopsy after a CT scan and MRI reveal the tumour.

Glioblastoma is treated with some combination of surgery to remove accessible tumours, with radiation therapy and with chemotherapy.

But treatment is difficult because the malignancy develops in the brain’s supportive tissue, or glia—a tentacled network with its own rich blood supply that nurtures the tumour and helps to promote its invasiveness.

That also makes it more challenging to protect healthy areas of the brain linked to vision and speech during surgery and targeted radiation.

“With glioblastoma,” explained Sunnybrook radiation oncologist Dr. Sahgal in the Sunnybrook Magazine, “everything shifts around to accommodate the tumour and there is only so much you can see with a traditional MRI.”

As well, glioblastoma is highly genetically unstable, more so than most cancers, according to Dr. Perry, internationally recognized glioblastoma specialist at Sunnybrook’s Odette Cancer Centre.

“Tumour cells in glioblastoma bear no resemblance to each other,” he explained, in an interview published in Sunnybrook Magazine. “This poses one of the biggest obstacles to successful treatment because the cells have different DNA mutations.”

In cancers more easily treatable, the cells are clones of each other and therefore more responsive to the same chemotherapy or immunotherapy. But when one glioblastoma cell divides, the offspring cells don’t look like the parent.

Another problem is getting drug therapies through the blood-brain barrier.

But at Sunnybrook, where Downie was treated, research is improving the treatment and quality of life of glioblastoma patients.

New technology allows for visual monitoring of the tumour and surrounding tissue during radiation treatments. A new low energy ultrasound technique helps drugs pass through the membrane that controls the brain-blood barrier.

And the new field of radiogenomics combines imaging with genetic information, giving more insight into how effective radiation will be for each tumour.

Until all these advances can bring about longer remissions or cures, however, the quality of life for glioblastoma patients is a paramount concern and it’s improved significantly.

“When I started 20 years ago,” Dr. Perry told me during the interview for Sunnybrook Magazine, “half of the patients arrived by ambulance or wheel chair. Now, patients are intact, communicating and walking.

“People can be treated more aggressively now with fewer negative effects,” he explains, “so that’s why we’re getting the gains in survival and quality of life.”

Still, he acknowledged, “What my patients need are tomorrow’s treatments.”

He’s philosophical about his role in caring for, but not curing, his terminally ill patients who inevitably also become his friends before dying.

“It’s not their fault, it’s not my fault,” he said. “It’s a bad hand somebody’s been given. Yes, all glioblastoma patients die. So it’s about the journey and that’s improving. That’s what keeps us going.”