New Year, New You: 7 Tips to Help You Make and Keep Your Resolution 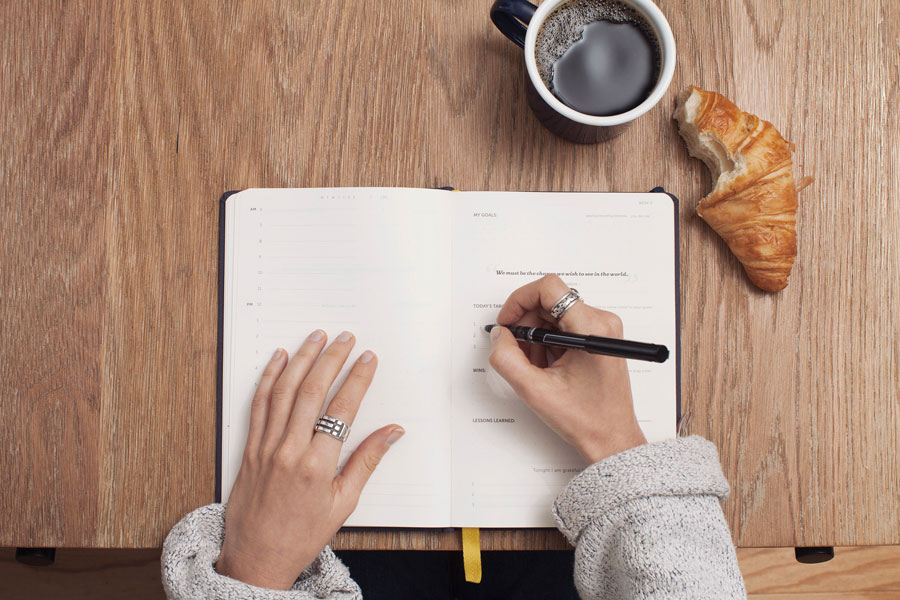 Whose big idea was it to have to fix up our lives, mend our naughty ways and start behaving more responsibly on Jan. 1?

Wouldn’t it make more sense to just taper down gradually after the holiday debauchery, say, by finishing up the eggnog and not buying any more, instead of going totally cold turkey — cold turkey being the food of choice on most diets.

After all, it won’t be swimsuit weather for another six months, so what’s the rush?

Most sources pin the blame on the Babylonians, which only makes sense. You can’t go wrong blaming people who aren’t around to complain about discrimination. Besides, Babylonian leaders like King Nebuchadnezzar and his more recent acolytes, such as the late Saddam Hussein and his cousin Chemical Ali in modern-day Iraq were experts at crimes against humanity.

And what are dieting, exercising and depriving oneself of such comforts as cigarettes, Scotch and Cinnabons during January in Canada if not crimes against our humanity?

It’s no wonder that 88 per cent of New Year’s resolutions fail, according to a widely reported 2007 study of 3,000 people by British psychologist Richard Wiseman, professor at the University of Bristol.

But we’re not here to talk about failure. Nor are we going to suggest that taking a bubble bath is an adequate trade-off for a pint of Ben & Jerry’s best (that would be Chocolate Chip Cookie Dough).

A bubble bath, however, may not be such a bad idea before succumbing to the lure of what you cleverly hid at the back of the freezer behind the year-old ground chicken you were supposed to eat in January 2019.

Experts suggest that finding a way to distract yourself from what you really want but have resolved to do without is a step in the right direction — that is, away from the freezer. So bubble away or blog or tweet or meditate or order something nice online.

Postponing fulfillment of any urges for 15 minutes or so often works. Force yourself to wait at least that long before indulging. With any luck, you’ll have forgotten what it was you wanted to indulge in.

Wiseman and others have studied why people fail and how they can succeed at keeping resolutions. Wiseman also found that, as with everything else, from sex to car dealerships, men and women may benefit from different approaches.

Here’s what they suggest.

1. Make only one resolution
Research has shown that our brains can’t handle more successfully. It takes a lot of energy and thought to gear up willpower and practice resistance. That’s one reason why, at the end of a busy workday, our burned-out brains tell us, “Oh, go ahead, that Scotch is gonna taste so good.”

2. Choose carefully ahead of time and give it plenty of thought
Deciding when you have a hangover on Jan. 1 that you’ll eliminate alcohol from your life from now on is not a resolution you’re likely to keep. Think carefully about how you want to make your life better and then decide on a realistic resolution. If you’re resolving to find a partner in 2020, don’t eliminate everyone who isn’t wealthy, gorgeous and a great lover. “Nice” is realistic.

3. Make it small, specific and incremental
“Losing weight” is too vague. Try instead to lose one pound every week and figure out ahead of time how you’re going to do that, whether it’s cutting back on gingerbread lattes or measuring portions of pasta, meat and potatoes. This is especially important for men. Wiseman suggests goals for men especially should be SMART: Specific, Measurable, Achievable, Realistic and Time-based.

4. Try to avoid resolutions you’ve made before
If you joined a gym last January and stopped going by March, it’s unlikely that you’ll keep a resolution to work out three times a week this year. If your goal on New Year’s Day 2019 was to find a new job and all you did was check job postings for a few months, resolve this year to polish your CV, rev up your job-related social media contacts and compose killer accompanying letters. Politicians are very good at this. Michael Ignatieff resolved to be prime minister in 2011 and never made that resolution again.

5. Do not give up altogether if you break the resolution occasionally
Women, especially, tend to figure it’s all over if they make a misstep (or misbite). Bingeing on Snickers bars one day doesn’t mean you can’t stick to your resolution again the next day.

6. If you want to lose weight, eliminate all trigger foods from your surroundings (and, yes, that includes the glove compartment of your vehicle)

That secret stash of Snickers? Or anything else you have little or no control over? Ditch it. Think of your pet. Dogs and cats never get to binge because their food supply is strictly controlled by someone else and doled out to them appropriately.

7. Be creative
New Year’s resolutions don’t have to be about depriving yourself of something or simply enhancing your physical self. Resolve to spend more time with family and friends by carving out specific times and making them non-negotiable. Resolve to tend to your spiritual and intellectual self by signing up for a series of interesting talks or starting yoga classes or setting aside time to read or to work on your novel. Go for walks and smile at people you pass on the way.