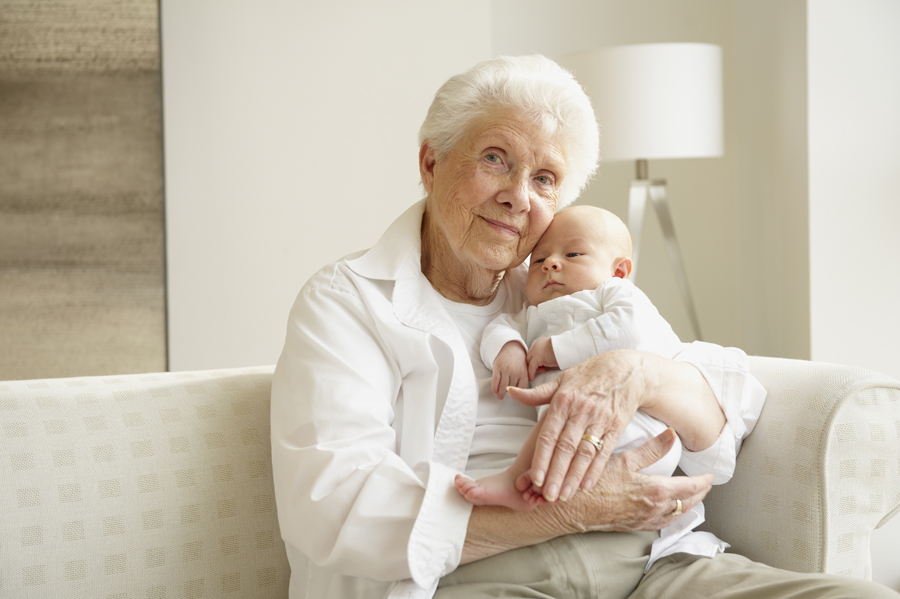 Photo by LWA via Getty Images

Why do we even have grandmothers?

It’s a question anthropologists and evolutionary biologists alike have asked for years. Literally. Like, we can imagine them sitting across the dinner table from their own grandmothers, uncomfortably staring at them through squinted eyes and mumbling to themselves, “Why are you here?”

Of course, this isn’t meant as an insult. It’s just that, evolutionarily speaking, the fact that human life expectancy extends so long beyond our reproductive years when nature doesn’t allow most other life forms the same luxury is an intriguing phenomenon. It’s so intriguing, in fact, that the theory for why it happens has its own name: the “Grandmother Hypothesis.”

In short, the Grandmother Hypothesis suggests that the evolutionary reason that women live so long after menopause is to help rear, feed and protect their offspring and ensure that future generations carry on her genes while, at the same time, “[enhancing] their social networks which could translate into better immediate resource acquisition.”

It’s a theory that researchers have been working with for the better part of almost six decades and now two new studies, including one out of Quebec, published recently in the journal Current Biology suggest that there might be something to it.

According to one report, the study conducted by Bishop’s University in Quebec, “took advantage of exceptionally detailed data on the first French settlers to Quebec, Canada, during the 17th and 18th centuries. The data made it possible to explore the benefits of grandmothers on grandchild survival while accounting for geographic distances between grandmothers and their daughters.”

The data showed that those families who had grandmothers living with them boasted increased birth rates, as well as improved child mortality rates, compared to families without grandmothers or with grandmothers who lived far away. Grandfathers didn’t factor into any of these equations.

A similar study by Finnish researchers at the University of Turku using church resister records that date back to at least the early 18th century, however, added another layer to the story. While they found similar benefits for families that had grandmothers present, the study added the caveat that, “the opportunity for grandmas to help was not constant over the years. On average, a woman became a grandmother in her 40s, and the number of grandkids she cared for steadily rose, peaking in her early 60s and then diminishing into her mid-70s.”

As it turns out, the Finnish research showed that while having a grandmother generally improved child mortality rates in a family, grandmothers over the age of 75 actually seemed to hinder that mortality rate, adversely affecting it in part because, according to the study’s author, Simon Chapman, they required sustenance and care from the other members of the family and “may have shifted resources away from younger grandchildren.”

Now as fascinating as the Grandmother Hypothesis is, times have changed for the better. While grandmothers still play a vital role in a family’s health and well being, mortality rate thankfully isn’t affected by their presence. But what is affected by their presence is the personal growth of their grandchildren – from the stories and life lessons they glean to the games they play to the meals they share to the odd five-dollar bill grandma slips to them every once in a while so they can buy something at the store. And the benefits go both ways. We also know that caring for their grandkids once a week could help grandmothers stave off a host of cognitive diseases, including Alzheimer’s.

However, perhaps the most important difference between the study of grandmothers from centuries ago compared to today is that, today, grandmas over 75 continue to enrich a family dynamic as much as ever. In fact, as someone who just recently celebrated his grandmother’s 95th birthday, I can attest, from personal experience, to the example such grandmothers can set for younger generations in terms of strength, resilience, a positive outlook and unconditional love.

Why do we even have grandmothers? Evolutionarily speaking, we aren’t 100 per cent sure. But thank goodness we do.